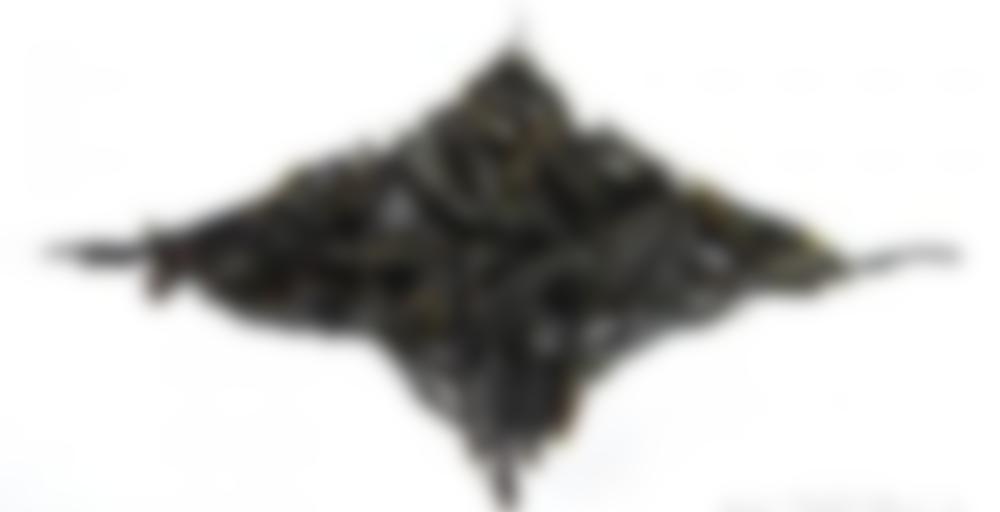 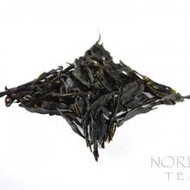 Our Da Wu Ye is a very interesting tea. Most Fenghuang (Phoenix Mountain) Oolongs are named by the fragrance of the tea leaves after processing (Yu Lan/Magnolia, Mi Lan/Honey Orchid, etc), but, in this case, Da Wu Ye, which translates as “Big Black Leaf,” is the name of the original Phoenix mountain mother bush, which is several hundred years old, from which cuttings have been taken and grafted to create clones that can be used in more commercial production.

This batch of Da Wu Ye was picked on April 6th (one day after the Qing Ming festival), 2011 from mature trees that are approximately 60-70 years old. It was harvested from trees grown outside a village called Feng Xi on the northeast side of Wudong Mountain, where the altitude is approximately 600 meters (2,000 ft) above sea level.

The penetrating thickness of the aroma is what strikes me about this tea first and foremost when I smell the lid of the gaiwan after the first infusion. I can’t help but think that it smells like fresh hot buttered flowers. I can’t exactly place the floral aroma, but it reminds me a bit of magnolia flowers or maybe the amazing East Texas azaleas of my childhood. When drinking the early infusions, the liquor is quite thick and almost oily feeling in the mouth. The flavor is mild, floral/sweet, but it is also pleasantly assertive with a slight but still perceptible good bitterness in the finish. The aftertaste is penetrating and very long lasting with elements of that buttered floral aroma and a touch of the good bitterness common to high quality Fenghuang oolongs. In contrast to our Song Zhong (coming soon) or Mi Lan Xiang Fenghuang oolongs, which are on the bold end of the flavor spectrum, this Da Wu Ye highlights a more soft and subtle side of the amazing teas of this region.

To steep this tea, I would really only recommend steeping it Gong Fu style using a gaiwan or Yixing type teapot. When steeped in a more Western manner, this tea’s subtleties tend to be overshadowed by the more assertive flavors that are in the leaves, although the aroma is still pretty awesome. My preference is to use 6-7 grams of leaf in a 75-100 ml gaiwan, water at about 200 F or a little lower, a flash rinse, and a 15 second first steep. Gradually increase the steeping time in subsequent infusions. If the infusion is too bitter, decrease the steeping time and temperature, or if the infusion is too mild, try increasing the steeping time by a few seconds or upping the steeping temperature.

“Dan Cong” Terminology Explanation and Disclaimer:
Fenghuang/Phoenix mountain oolongs are generally marketed as Dan Cong oolongs both in China and in the West, although “Dan Cong” is somewhat of a loaded term in the Chinese tea industry. Dan Cong means “single bush” or “single tree” and refers to the ideal that true “Dan Cong” should only come from a single bush/tree. A common misconception is that these trees actually have a single tree trunk, but, in reality, they usually have the multiple trunk structure of a more standard tea bush. Most tea sold in the West as “Dan Cong” is probably (but not always) blended from many different bushes, so the term causes a lot of debate and disagreement among purists. Realistically, most truly single bush Dan Cong oolongs are not going to be available in any quantity that justifies the effort and expense of commercial marketing outside of their home area or village, so more commercial mass productions are generally sold as “Dan Cong” both in China and in the West.

Unless otherwise specified, the “Dan Cong” teas sold on this site are not single bush productions, so, when I elect to use the term “Dan Cong” in a product description, I am technically using it incorrectly to refer to teas from the Fenghuang/Phoenix Mountain region in general. I realize this is a very specific distinction to draw, but I feel that it is very important to be completely transparent about the tea we deal with.

I’m up early so I decided to pick this sample at random to try it out this morning, I used about 5 grams of leaf in the gaiwan and did a quick rinse. My first infusion I had to throw away because I accidentally used boiling water. The wet leaves do smell divine. The whole reason I picked this sample was due to the description hot buttered flowers! :)

Second infusion was for 20 seconds at 180 F. I got a light yellow liquid which definitely smells very floral/magnolia like to me. The tea liquor is floral with a honey like sweetness and a tad of bitterness in the finish. hmm. Norbu says to keep decreasing the steeping time and temp. until the bitterness is gone.

3rd steep: 10 seconds at 175F. Definitely better. Agree about the thick almost oily feeling in the mouth (a bit buttery) which is reminiscent of a Taiwan high mountain oolong or something, bitterness is mostly gone at this point. A bit of nuttiness, a mere trace of astringency.

4th steep: 15 seconds at 175. Still nice. Still very flowery and smooth and I am still getting a trace of astringency but nothing overwhelming. A slight bittersweetness.

As you an imagine when you are keeping the steeping times this short you would be able to gets LOTS of infusions out of this tea. In order to make it more practical for me to do so I’d need a hot water heater set at 175 degrees all day, no wonder those are so popular.

This tea was nice, not so finicky once I figured out what my steeping parameters should be, but that did take a bit of trial and error. I’m quite new to these Fenghuang oolongs right now so I don’t have much to compare it to. From what I’ve been reading, bitterness is often a characteristic of these teas which is a bit unfortunate (for me). I didn’t love this but will certainly finish off what I have.