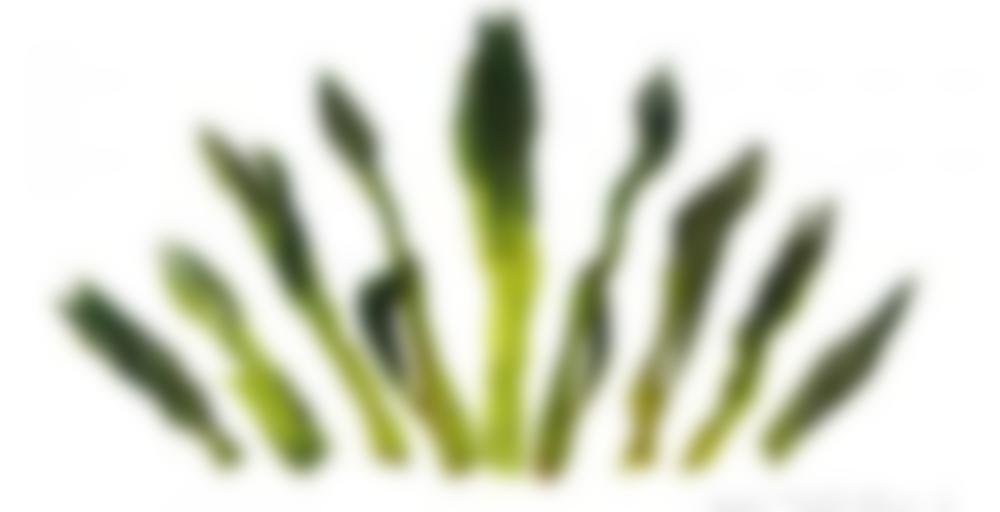 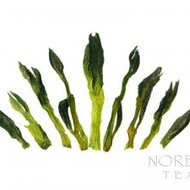 With its large, flat, pointed green leaves, Tai Ping Hou Kui is perhaps the most distinctive looking Chinese green tea. It is a relatively new tea, with a history dating back to only about 1910, when the local style of flat, pointed leaf tea was refined into its current ideal form in Tai Ping county of Anhui Province.

The name “太平猴魁” (Tai Ping Hou Kui or Taiping Houkui) roughly means Tai Ping County Monkey Chief, although it is often referred to as “Monkey King.” Despite the name, we can all rest assured that no monkeys were ever trained to pick Tai Ping Hou Kui. The Hou Kui/Monkey Chief part of the name was actually brought about by combining the name of the farmer who made this tea famous, Wang Kui Cheng, and the village where he lived, Hou Keng. (Houkeng Village Google Map)

Tai Ping Hou Kui’s distinctive shape comes from it’s unique processing methodology. First, the only cultivar that is used to produce this tea is called Shi Da Ye, the local large-leaf tea varietal, which produces leaves up to 2.5 inches long. The tea is plucked using a standard of two leaves and one bud, and it is pan fired in a low temperature wok (250-265 F) to kill the enzymes in the leaves that would otherwise cause the leaves to oxidize and turn brown. After the “kill green” wok firing, the process of flattening and drying the leaves begins. Traditionally, the leaves were pressed by hand onto a series of bamboo baskets/trays that are heated to different temperatures to slowly drive out moisture and ensure the leaves keep their flat shape as they dry.

One distinctive feature of traditionally produced Tai Ping Hou Kui that does not appear in most modern Tai Ping Hou Kui is the criss-cross pattern that gets pressed into the leaves when they are flattened against the woven bamboo trays during processing. Modern techniques use rollers to press the leaves between a cloth or mat and a very fine mesh screen to flatten them before drying on the screens in a circulating air drying oven. The pattern pressed into the leaves is a subtle texture from the cloth on one side and the screen on the other side of the leaves. Despite the lack of criss-cross pattern on the leaves, modern production techniques produce a beautiful finished product with extremely uniform leaf thickness.

The aroma of the dry leaves is light and fresh with just a hint of toasted nuts. When steeped, this tea produces a very pale yellow, perfectly clear liquor with a mildly green and ever-so-slightly floral aroma. When drinking this tea, the main adjectives that come to mind are mild, fresh, and green. There is a sweetness in these leaves that seems to build up on the palate to slowly reveal itself as a lovely and subtly sweet aftertaste that lingers nicely.

To steep this tea, I am fond of both Gong Fu style steeping or an informal “Grandpa Style” approach. For Gong Fu steeping, I like to use my widest 150 ML gaiwan and about 6 grams of leaf. (Note: This tea’s leaves are impressively large but surprisingly light, so I would recommend weighing the leaves if you want to be exact for your first few brewing sessions until you get a feel for it.) Use water at about 170 F for your first infusion and gradually increase the water temperature for successive steepings. Steeped Gong Fu style, I can usually get 3-4 good infusions before the leaves are spent.

I highly recommend using a very informal “grandpa style” approach when steeping this tea. Simply place a small hand full (6-8 big leaf “spears”) in a highball type glass, pour in 170-175°F water and let it steep until most of the leaves soften and begin to sink to the bottom. Either blow any floating leaves out of the way before drinking or simply drink the tea liquor around them. Then, when you run out of water, just add more to the same batch of leaves. Keep enjoying and adding water until the flavor is gone.

If you want to steep this tea with a Western style approach, it works fine, but I would be sure to weigh the leaves…good luck figuring out what a teaspoon of this stuff should look like!