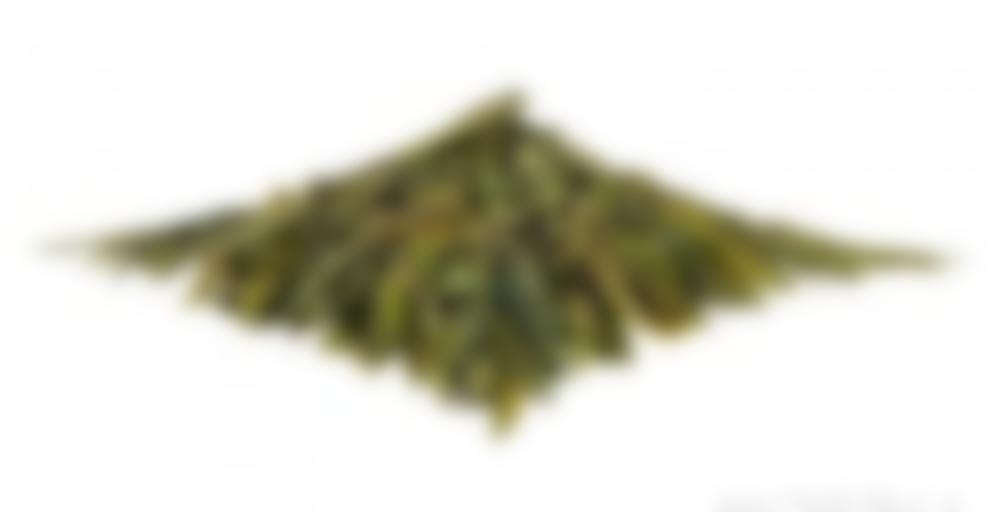 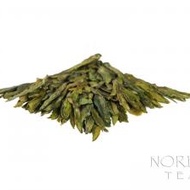 Wu Niu Zao (乌牛早; lit Black Bull/Cow Early) is a green tea originally from just north of Wenzhou city in the far South of Zhejiang province. “Wu Niu Zao” is used as the name of the finished tea as well as a particular cultivar/varietal of Camellia Sinensis (the tea plant). This particular batch of Wu Niu Zao was harvested in early April, 2011 in the Qian Tang River valley just outside Jiande (Jiande Google Map), to the Southwest of Hangzhou and Northwest of Wenzhou.

This is the earliest tea cultivar to be ready for the Spring harvest in Zhejiang province, and the first harvest is usually ready to come to market by early March. Since it is the first green tea of the year in Zhejiang, this tea commands a high price especially before the year’s Long Jing crop becomes available.

Wu Niu Zao is usually processed very much like Long Jing. It is hand picked and then withered in the sun or in a controlled indoor environment to drive some moisture out of the leaves and make them more pliable. The leaves are then put through a unique wok firing process that involves repeatedly pressing the leaves against the surface of a moderately heated wok and tossing them in the air to cool them and prevent burning. This repeated pressing and tossing results in the distinctive flat shape of the finished leaves and contributes to the nutty/toasty flavor of the finished tea. After the wok firing, the tea leaves are baked to finish drying the leaves completely and to enhance and/or balance the nutty flavors & aromas created during the wok firing.

Because Wu Niu Zao is so difficult to distinguish physically from the Long Jing Cultivars, it is often sold either unknowingly or dishonestly by some tea sellers as Long Jing. While this is not illegal or even necessarily discouraged in the secondary & tertiary tea markets in and outside of China, from a purist standpoint, true Long Jing is only produced from the traditional Long Jing varietal or the newer, earlier maturing Long Jing #43 varietal tea plants. Unfortunately, because there is some dishonesty and mislabeling of this varietal, it is often simply overlooked by green tea drinkers, and many people don’t get to appreciate it for what it is: a distinctive and quite delicious green tea.

When steeped, this batch of Wu Niu Zao steeps a nicely clear, yellow gold liquor with a sweet, green, nutty aroma and a rich, thick mouthfeel. To my taste buds, it is a delicious, mild, sweet, nutty/toasty, and almost “meaty” green tea. “Meaty” is an unusual descriptive word to associate with a green tea, but it has a thickness and depth of flavor that just seems to fit the term “meaty” for some reason. The flavor of this tea is somewhat less floral and complex than a good Long Jing, but I find it to be more accessible to people who are new to tea of this style. Really, I think Wu Niu Zao is almost a “gateway tea” of sorts to awaken a person’s palate to the wonders of tea processed in this style from Zhejiang province.

To steep this tea, I recommend steeping in Gong Fu style in a gaiwan or in a Yixing type teapot. Use water at about 175°F, a series of short steepings, and gradually increase the water temperature and steeping time for each steeping. If you prefer to steep your green tea in a more Western manner, start with about 2 grams (a big heaping teaspoon+) per cup and a steeping temperature of around 175°F.

I also highly recommend using a very informal “grandpa style” approach when steeping this tea. Simply place a small handful in a highball type glass, pour in 175°F water and let it steep until the begin to sink and start “dancing” on the bottom of your glass. Either blow any floating leaves out of the way before drinking or simply drink the tea liquor around them. Then, when you run out of water, just add more to the same batch of leaves. Keep enjoying and adding water until the flavor is gone.