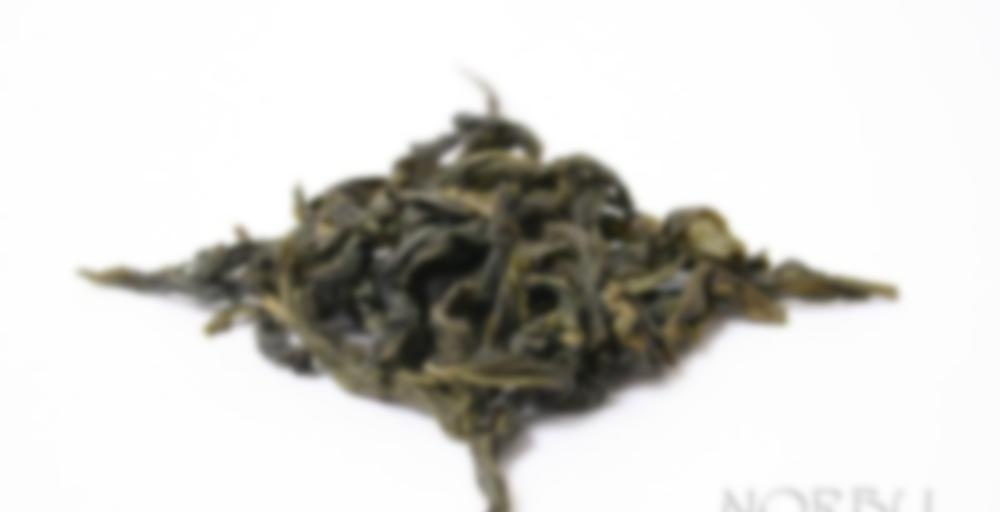 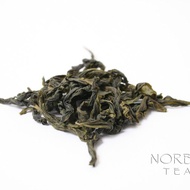 Overview:
This Baozhong comes from a +/- 4,000 ft (1,200 M) elevation plantation in Nantou county, central Taiwan and was hand picked and processed in mid-April, 2011. Baozhong is a style of tea which originally came from Fujian Province in Mainland China. As with other tea styles, the methods used to produce this type of tea came to Taiwan when people moved here from the mainland.

The name of this tea in Chinese is Bāozhòng, but it is often referred to as “Pouchong” in the West. The name is most likely a variation of the Mandarin Chinese word Bāozhuāng, meaning “package” or “to package” when used as a verb. Originally, this type of tea was wrapped in paper at some point during processing and/or marketing, and this “bāozhuāng” is where the name is said to come from.

Processing/Categorization:
Baozhong is fairly difficult to classify because, from a processing standpoint, it falls somewhere between an green tea and an oolong. It’s oxidation level is usually between 10% and 15%, while other “green” oolong styles from Fujian and Taiwan generally have an oxidation level of 20-30%. Basically what you can take from this overly technical discussion is that Baozhong is really in a class by itself, but we have decided to classify it as an oolong just for simplicity’s sake.

Flavor & Aroma:
The liquor is a crystal clear yellow-green, and it has a lovely fresh and green aroma with hints of flowers and maybe just a touch of melon. The flavor profile is crisp and clean, and it can best be described as fresh, green, mildly vegetal and a slightly floral-sweet.

Steeping Guideline:
We suggest Gong Fu style preparation with this tea. Rather than sticking to a specific weight of tea leaves to water volume measure, we recommend simply filling your gaiwan or Yixing style teapot 1/2-3/4 full of dry tea leaves, use water just under a boil and a series of short steepings. If you prefer to use a weight to volume measure, try starting with 7 grams of leaf in a 150 ml gaiwan or teapot.

For Western-style steeping, start with 2-3 grams of leaf (it’s hard to give a volume measure in teaspoons because of the large leaf style) per cup. Use water under a boil (195 degrees F), and steep for 3-5 minutes. Adjust the amount of leaf, steeping time, and water temperature used according to your preference.