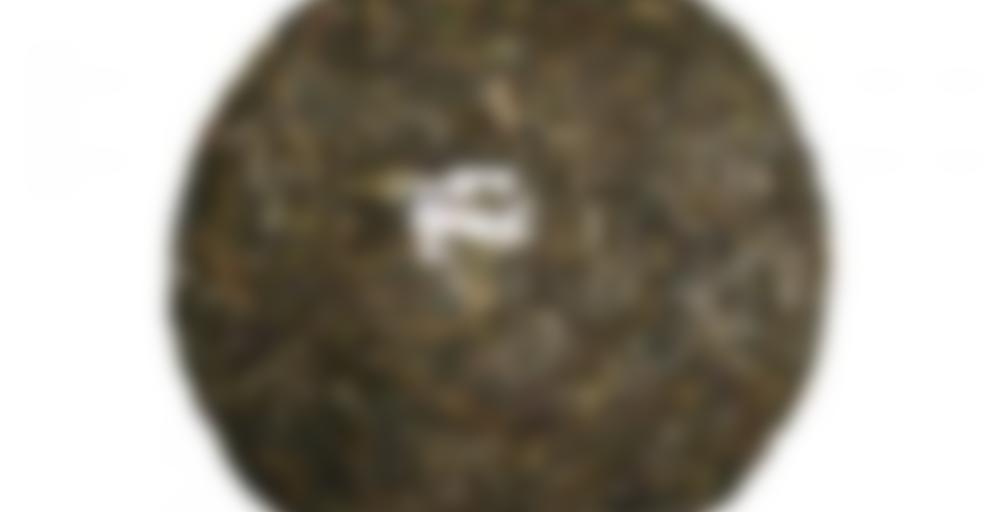 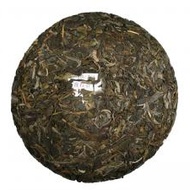 These limited production(only 20 kg total!) 250-gram bings are composed entirely of Spring, 2009 sun dried Mao Cha that I personally selected in Xishuangbanna in the spring of 2009! All of the source material was hand picked and hand processed on Lao Mansa tea mountain in the western part of Mengla county (right near the border with Laos), and I had this tea pressed in a small factory in Jinghong using traditional stone presses. Lao Mansa is one of the “six famous tea mountains,” and is considered part of the Yiwu tea growing region.

The tea leaves themselves are plump and juicy and consist primarily of in tact, new growth leaf/bud complexes. The brewed liquor is honey gold, and the aroma is that of an obviously young tea with some complex young vegetal attributes. It has a rich & satisfying mouthfeel with a surprisingly long lasting sweet aftertaste that I am very impressed with. This is an excellent tea that I am very proud to call my own.

It has been a treat organizing the finding & making of this tea, and I hope that our customers get as much enjoyment out of it as we do!

Talk about Archive-Divin’! I found this little gem last night – totally forgot I had it! THEN…I tried locating it on steepster and thought it was a different one I didn’t previously log…turns out I ‘searched’ for the wrong one…so…I found it this morning…drinking it now…then passing enough for a cup for LiberTEAs!

This doesn’t have an aroma – much. But the taste is really nice. I’m re-reviewing this because it’s been so long since I have had it and I think it was one of my first experiences with a pu-erh.

This is a REALLY nice pu-erh! It’s gentle but flavorful. The flavor isn’t earthy…so…incase you are one that LOVES strong earthy/muddy type pu-erhs this one isn’t really that type. Instead it’s juicy. Yes…naturally juicy! It’s mellower. It’s semi sweet this time around.

Looking back at my previous notes (from nearly 3 years ago) I noted it was vegetal. I’m not getting that at all this time around…perhaps I over infused my first attempt – way-back-when! Regardless this is darned-tasty this time around and I’m going to up my rating!!!

Oh! Looking back…this was actually pass on to me by LiberTeas so I will pass along to someone else now :) Thanks again Liberteas!

I think I may have passed this on to you back when I was afraid of pu-erh! haha! So, if you want to send it back to me, I don’t know that I actually remember trying this one.

This has been a bit of a breakthrough tea for me. I first tried it as a sample and was put off by the bitterness. Then I tried it again as part of a tasting group and worked out a way to enjoy it: I prepare it like a green tea—lower water temps. The bitterness is still there around the edges but I slurp this one up, avoiding tasting right with the tip of my tongue, and get the wonderful sweet rich flavor in the back of my throat, a little smoky, a touch earthy, and go through infusion after infusion.

I bought a beeng of this one because I want to age it and follow the changes to see how the bitter flavors change with time. I am not working with selected temp & humidity conditions, nor did I buy multiple beengs—just playing with the idea of aging more than anything else.

I like to give this one a quick boiling water flash rinse, then let sit to hydrate with the water that clings to the chunk of cake, about 2-3 grams in my small gaiwan, infusing about 60-75 mL, while the water in the kettle cools to the desired 170-180 degrees. Then, a bunch of short infusions, 10" or less at first, up to 30+" by the time I’ve done a dozen or two.

I’ve even done this one as a bulk brewing for my thermos, to share with colleagues at work during the afternoon, and gotten a good response. The hard part will be keeping enough intact for some semi-meaningful aging, to watch the young sheng turn into mature puerh.

After yesterday’s awesome sheng, it seemed unlikely anything could live up to that. But this is a pretty close second.

As an aside, I think it actually benefits me when it comes to pu erh that I have so much tea. I probably got this when it was relatively young, and it now has had the benefit of age. A lot of the pu erhs in my stash, especially the sheng samples, are close to or over 10 years old.

The leaves of this don’t smell much and believe it or not, what they do smell like to me is urine. However, that is not what the steeped tea smells or tastes like (I am not pulling a Howard Hughes here, I promise).

Actually, that’s not quite true. The first time I tried to steep this I was doing about 3 other things at the same time, and it wasn’t until the timer was at around 6 out of 15 that I realized I’d actually put leaves in to steep rather than letting them sit after a rinse. I made the mistake of trying the resulting tea, which was really, really bitter and unpleasant.

The second time around I did better, though I did have to leave for my 11 a.m. appointment after the second 10 second steep. I resumed when I returned about an hour and a half later.

If I hadn’t read the other notes, I probably wouldn’t have identified a smoky note — but yes, a touch is there in both the aroma and the flavor. There is none of yesterday’s medicinal flavor, not even after the first steep.

Instead, it heads straight into a rather consistent flavor that is somewhat similar to yesterday’s sheng (also a Norbu) but without the occasional foray into medicinal, melon, or other things.

This one has the same sort of toffee-coffee-cocoa note, which as I ruminate on it is more like white chocolate than anything else. More of a sort of buttery reminder of cocoa than actual cocoa.

No. 2 tasted some and agreed with me. But then he said what he always says about tea: “it tastes like leaves.”

The liquor is rather consistently a light golden yellow and clear.

I’m so glad that after all this time I’ve gotten over my fear of pu erh. It’s been a very interesting and rewarding adventure so far.

This 2009 cake has been non-ideally stored — wrapped in paper in the back of a cabinet for the last 4.5 years. Oops.

Used a porcelain gaiwan, 2 ~30sec rinses, let it sit a few minutes while doing chores (leaves opened up nicely). First steep ~10sec, I like the aftertaste better than the taste. Astringency pretty low, though I can’t taste much behind it. Second steep backed off the timing to around 5sec, similar taste, though there’s a bit of a sweet aroma, bit stronger astringency. Third and fourth steeps 10 and 15sec; bit of floral aftertaste. Inside of gaiwan lid smells a bit smoky, a bit medicinal, and a bit vanilla-y? That nice round warm smell that comes with shengs sometimes. Next few steeps seem to be fairly similar, so I gave up early. Not in the mood for this sort of flavour profile right now.

Not really doing much for me. I’ll have to try again; it’s possible my sniffer’s busted due to springtime pollen.

It has been a very long time since I’ve had this tea! I decided to use up the entire sample packet today. I received this in a nice swap several year(s)? ago.

I noticed right away a nice smokey scent to this. I brewed this Western style in a 6oz pot. The leaves were dry, brown, and various texture and lengths. The liquid was a light golden honey color. The scent of the liquid was a little smokey and tobacco-like. It was savory and delicious with some mild astringency toward the end of the cup. There was a hint of sweetness to this as well. Good brew!