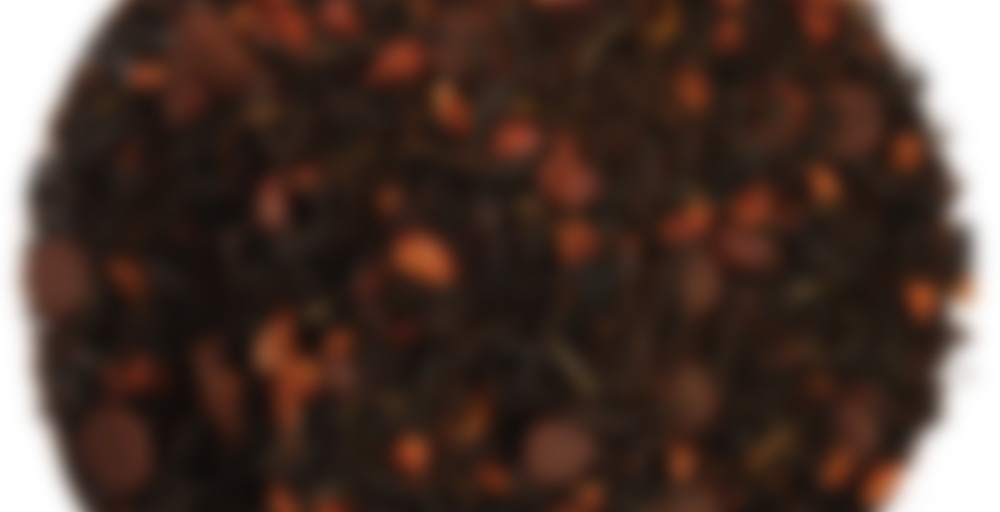 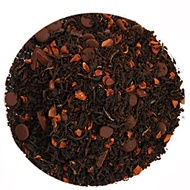 by Nothing But Tea
58
You

Random draw from the sample box gave me chocolate. I added this sample to my order on a chocolate-crazed whim, and it’s not until now that I’m beginning to wonder if that was an all together good idea. The chocolate bit is good enough, but I’m getting concerned by the ‘Mayan’ of the name. Every other chocolate tea I’ve seen on here that was named something with Mayan involved chili or spice in some way. I don’t want spice. I just want chocolate.

The leaves smell like milk chocolate primarily, but there is also a hint of paprika there. I think. It might just be something that I think is there because I’m so scared that it’ll be true. I desperately don’t want it to be true! NBT’s info doesn’t say anything about anything else than chocolate and cocoa kernels though, so okay. That’s somewhat reassuring. One could hope that the paprika-y note is really the tea’s aroma being distorted by copious amounts of chocolate. It has lots of those little chocolate droplets that melt as it steeps.

It’s got an absolutely gorgeous red colour after steeping, although rather murky, but the aroma is… weird, to say it nicely. Something that desperately tries to be chocolate but doesn’t quite make it. The more you smell it, the more you’ll convince yourself that yes, this really is a full, rich chocolate smell, but in the back of your mind the initial ‘wtf is this???!’ reaction still lurks.

Well. At least it doesn’t taste like there’s spices in it. It’s still way worse than the aroma though. Nothing in this could ever convince me that this is ‘chocolate’. It’s not full. It’s not rich. It bears a vague resemblance to chocolate but that’s as close as we get. It’s got a nutty bitterness. Like hazelnuts that have gone a bit off.

I tried adding a little milk to see if that might help with the bitterness and bring out the chocolate more, but it didn’t work.

It’s not really a tea flavour. And it’s definitely not chocolate. It’s like a bastard child from the two. And it’s NOT very nice.

This is not going anywhere near my shopping list. In fact if we had a Never Ever Again Ever! list, this would be marching straight into a prime spot. I have had a few things that were more undrinkable than this. But not very many.

Now get me some proper tea, plz!

That sounds…gross. Hahaha. It takes a lot to make a cup of tea with chocolate bits in it gross.

I laughed when I got to the end of your note. Go go go! I’m over here waving a little writer’s cheering-squad pom-pom around (not really sure what one of those would look like, but hey. Maybe it’d be made up of shredded pieces of paper from old drafts or something).

I’ve made me a yummy tongue cleanser.

I can’t figure out why the chocolate didn’t work. It should work. It just didn’t.