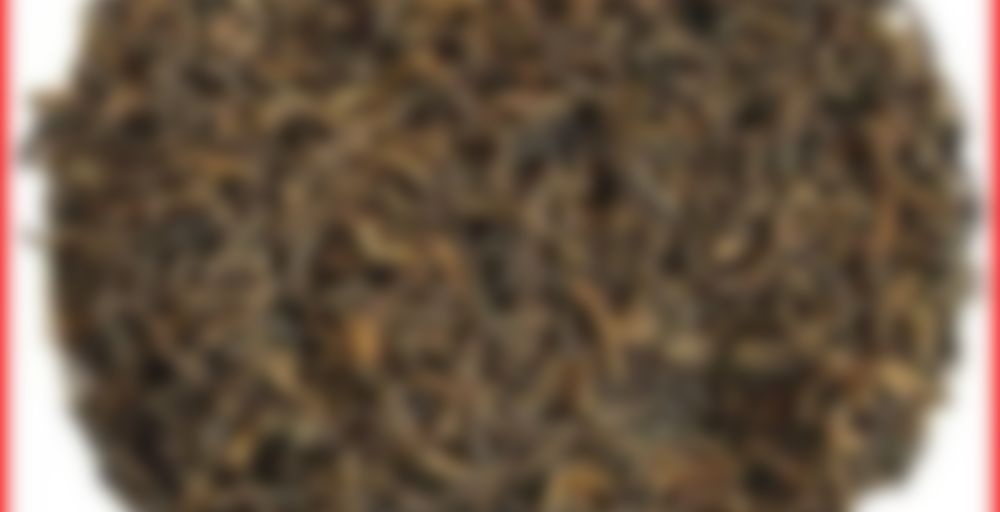 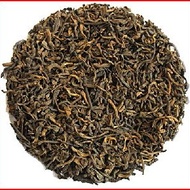 Our special aged Pu Erh has been aged for even longer to give a stronger taste and greater potential benefit. Pu Erh teas have a devoted following – have you tried them yet?

I brewed this with a well-heaped teaspoon, steeped for five minutes, boiling water.

The brew is an intense-to-opacity black-brown.

I’m getting a vaguely fruity, vaguely earthy, vaguely meaty aroma. As this suggests, it’s difficult to pin down.

In the mouth, it’s difficult to pin down, too. I think it’s a fraction watery and that I could have used more tea. I get a smooth, very mild milk-chocolate, with, underneath, the slightest suggestion of roast-meatiness.

The overall impression I’m getting is of a fairly robust tea that’s been brewed too weak.

So, I’ve made a second brew, this time with a well-heaped teaspoon plus a well-heaped half-teaspoon, again brewed for five minutes.

In the nose I’m getting that same, vaguely fruity, vaguely earthy, vaguely meaty aroma, but, this time, it is underlying a definite, though not very strong, note of cut grass.

That note is there in the mouth, too, but there it’s not quite cut grass but is leaning slightly to something like ginger – I mean that there’s a very faint bite to it. This is added to the elements I noted for the first brew.

Having said that, I’m still getting the impression of a fairly robust tea that’s been brewed too weak. I suppose I could double the amount (actually, I only had a small sample to start with and I haven’t got enough left for that), but I’m inclined to think that the perceived weakness is just the nature of the tea. What’s there is pleasant enough but it hints at something it doesn’t actually deliver and is really, for me, nothing special and not one that I’m going to buy again.

ETA – I’ve just realised, as I’m drinking more of it, that I failed to notice what’s not there. For me, the flavour is lacking a good basic tea note – which is a little odd as I now think I can detect it in the aroma – and this absence is largely responsible for the impression of the tea as weak.