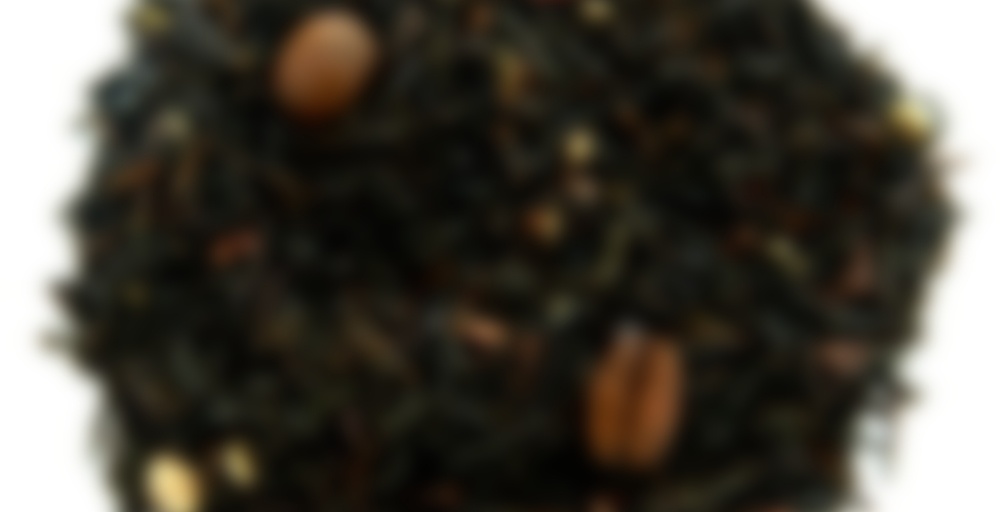 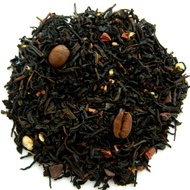 by Nothing But Tea
71
You

Are you a coffee or a tea drinker often divides people as much as the cat dog question. Here we have a drink that has both. On paper it doesn’t sound nice (we spent months putting off trying this tea) but in the cup is a surprisingly enjoyable tea which is a delight to drink. if you like coffee as well as tea, give it a try we are sure you will pleasantly surprised (we certainly were).

Brewing Advice: one heaped teaspoon per mug, add fresh boiling water (100ºC) and leave to steep for two to three minutes according to taste.

Coffee is not my drink of choice and it’s been over a year since I had a cup of it but I still like to try coffee blended tea infusions as part of my ‘something different’ tea campaign. “What do we want? Unique tea. When do we want it? NOW!!!”

While I’m not a fan of coffee I do love a nice slice of coffee cake every now and then. :)

In raw form this tea has a wafer (as in ice cream wafer) like bitter smell that is more cakey than coffee like. Very interesting and unusual but I’m kinda liking it. It’s hard to see what the ingredients are exactly but the most I can work out is black tea and a few coffee beans with what may be nuts and or fruit?

Once steeped this tea is golden brown in colour and has a strong and spongy coffee aroma.

Hmmm… a little bitter and sweet at the same time and a definite wafer like flavour. It smells more like coffee than it tastes but could perhaps be mistaken for a weak flavoured coffee. Also a little dry on the tongue which I remember is a coffee symptom I always got. Also it does have a nutty maybe popcorn like taste.

Overall it’s a strange blend and I have certainly not tasted anything like it before. I’m enjoying my pot of it but it would not be something that I would purchase again. Imagine a warm coffee flavoured ice cream cake with wafers and that is what it tastes like… to me anyway.

I bought a puzzle book on holiday for the car ride home from my holiday, there is nothing like a pot of tea and a crossword puzzle :) Plus the little troll on the end of my pen is catching the attention of my cats so it may be play time.

Side note: Having difficulty editing the post so having to comment on it instead. As this tea cools the coffee flavours are getting stronger and more baked like, resembling a coffee sponge cake. Almost a complete transformation from it’s boiling hot form.

Warm coffee flavoured ice cream cake with wafers sounds like possibly the most wonderful thing in the world :)

SIPDOWN! thank you kittylovestea for this one. I’m always intrigued by tea+ coffee blends since i do enjoy a nice cup of coffee every now and then. This isn’t exactly cakelike. there’s a hint of a creamy sort of taste going on, in addition to the clear coffee taste (likely from the coffee beans in this one). I don’t mind this one at all. It’s nothing i’d need to drink all the time but i certainly go for it now and then. :) thanks a bunch kitty!

I suppose I must have eaten coffee cake at some time, though I can’t remember doing so, but the dry tea really does smell as I imagine a coffee cake would – a combination of instant coffee granules and digestive biscuits. There is also a slight piquancy there, perhaps some citrus but I can’t pin it down any closer than that. There are actually some small beans in it. They look very lightly roasted.

I used a well-heaped teaspoon and brewed for two and a half minutes, boiling water.

It made a slightly yellowish, brown brew, clear but almost opaque in its intensity.

It did smell like an instant coffee. My references to ‘instant’ are not meant to be complimentary; I’m a ‘buy-good-quality-beans-and-grind-them-myself-man’ (yes, I’m a coffee nut too, but I tend not to mention that around here). Again there’s that slight piquancy to the aroma – it lifts it a little from being just an instant coffee smell.

It really does taste like a mix between coffee and tea. That’s okay as far as it goes – though I’d say they were not particularly special tea and coffee, but there is also that same astringency I mentioned for the Walnut Layer Cake Sencha. It’s something more bitter than the citrus piquancy I got in the nose from the dry and the brew, but it’s not as strong as with the Walnut Layer Cake and is not strong enough to spoil the brew. Having said that, the overall brew is nothing special.

As I said for the Walnut Layer Cake, the smell I get when sipping is more enjoyable than what I get in the mouth. The brew is okay but uninteresting.