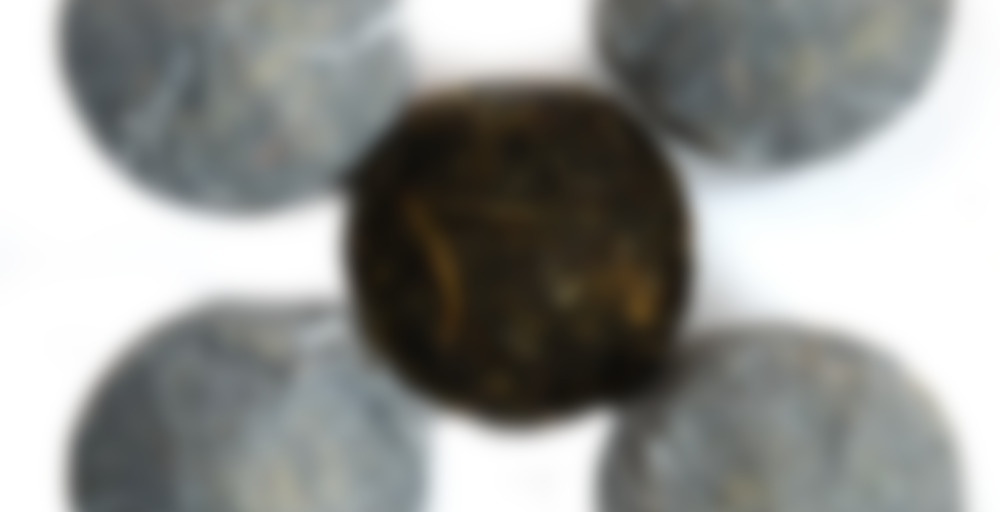 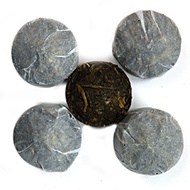 by Nothing But Tea
67
You

Green Pu Erh leaves are pressed into small individually wrapped bowls each making a cup of green Pu Erh tea. Pu Erh can be stored and left to mature over long periods of time. These Toucha are perfect for travelling or days away, a more convenient way of enjoying the health benefits of this unique tea. This green version is milder than the black Pu Erh and has a quite refreshing taste.

My third pu-erh from Angrboda! This one is different in two ways: it’s a green tea in type and it’s a toucha in shape.

The toucha part was really fun, actually, watching it slowly unravel. (Sadly, I didn’t get any pictures.) And it takes the guesswork out of how much tea to add!

Weirdly, this green pu-erh tasted much more like black tea than the regular pu-erh did! It was a nice sort of bracing black tea, like an Assam, maybe. Then I think I oversteeped it and it became dangerously bitter until I added a lump of sugar.

Enjoyable! I think I still like that very first pu-erh best so far, though….

Cait, excuse my confusion, but how can a tea be both a pu erh and a green tea at the same time…? Do you mean its a green (also called raw or sheng) pu erh?

I think that’s what I mean! I’m still figuring out the pu-erh (does it have a hyphen?) terminology.

cofftea, no clue. thjat’s what the company called it. i don’t really get the dinstinctions between piu-erh types, but from what i gather i think maybe they just made the pu-erhj based on a green tea,

caitm, i’m so glad yoiu liked thjis one. iw wasn’t really a fan so i have ti admit i took yuor pu-erh sampling reqiuest as an opportinuty to get rid of it,.

(argh stupid finger-! i hioe you can bioth decipher this!)

The last untried tea from the pu-erh sampler. I wasn’t too impressed with the loose green pu-erh, so really I’m just hoping that by being pressed into touchas this will be somehow different and better.

The smell when I poured it into the cup wasn’t really too assuring. Sweet and extremely butter-y. Little bit salty too. In the cup where the liquid is at rest, there is the well-known pu-erh smell too, but at this point I still have the vast amounts of melted butter fresh in my memory and it comes across as too little too late.

This is salty. It reminds me a bit of TeaSpring’s Long Jing, which I don’t think I’ve actually posted about yet. I think I’ve got notes for that one in my Backlog Later files. I didn’t care much for that one either, as I recall, due to the amounts of salted butter notes in it. I wonder if this stuff might be based on Long Jing, or a Long Jing type tea.

I can pick up a little of the characteristic pu-erh earthiness, but again, it’s really just too little too late.

I have a strong suspicion that whoever invented this type of tea did not have the likes of me in mind at the time. I can drink this, but I’d sort of prefer not to. I’ll probably finish off the samples just to be rid of them because I don’t like throwing stuff out unless I really seriously didn’t like it, but it’s definitely not something I’d purchase another time.

Give me a proper ordinary pu-erh anytime.