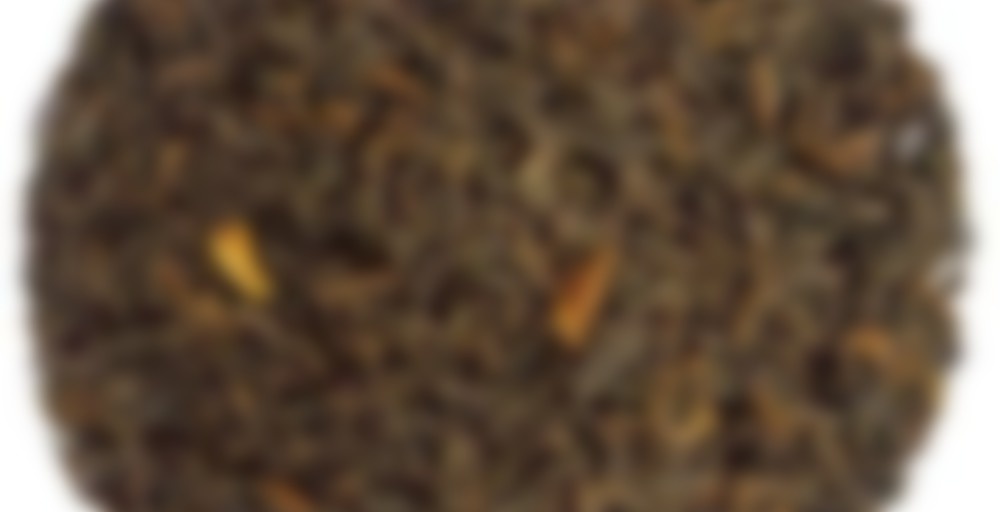 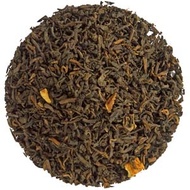 by Nothing But Tea
66
You

I’m so behind on my dashboard it’s not even funny. pokes it But I am still here, lurking a bit, and trying to concentrate on paying attention to what I eat so that maybe, just maybe I might be able to fit into that summer dress I bought last year, never got to wear and now a bit tight round the middle.

At least there are no calories in tea. Cheers Steepsterites.

I’m on an orange pu-erh kick these days. It started a few days ago, where I made a cup because I remembered having heard about various slimming qualities and fat reducing qualities and what have you that it supposedly has.

Let’s be honest. I don’t really believe all that stuff. Yes, maybe it does have some small positive effect, but there is no such thing as ‘Miracle Food’. It doesn’t exist. The secret lies in a varied and balanced diet, exercise and overcoming the siren call of fatty treats, hence the calories… So called Miracle Food alone will NEVER do the trick. Ever.

I know tea in general contains a lot of great things, but let’s be honest, if you eat right, you’ll get them anyway.

It was merely a reminder that I had it in the first place, and now I’m drinking it because it tastes absolutely lovely. And that’s the only reason. It’s a relaxing well-tasting thing to drink and I really wish people would stop trying to turn it into a chemistry lesson.

Okay, rant over. You can go back to your cups now.

But but but…what about GOJI BERRIES!

Last year people around here were all “Blueberries this, blueberries that!” and it was like the best thing EVER since fire and it could cure cancer, plague and the common cold.

Until somebody went, “oh wait… this is the wrong variety of blueberries…” headdesk

LOL I was actually considering on commenting this note with the blueberrie thing. Was it only 3 % of the GREAT and AWESOME vitamins and minerals and antioxidants people where able to consume?

Tea is the new trend I heard :P

I got this SpecialTeas orange puerh which almost made my husband gag – be careful of your blend on this. ;)

Rijje, I think it was something like that. It was hilarious. But I’m glad it happened, because then the rest of us could eat blueberries because they taste nice without looking like we were jumping on the latest fad.

Wombatgirl, I take it he’s not a pu-erh man. :) I’ve introduced Lexitus to plain pu-erh once or twice and he liked it, but it doesn’t seem like it really caught his interest as much as dark type oolongs did (AKA Artistic Leaves).

My theory is that tea has, as you said, no calories, and also high water volume and high oral fixation alleviation potential, so you feel fuller and don’t feel the need to put other things in your mouth while drinking lots of tea. And the caffeine helps a little, too.

Morgana, I think you’re on to something there. It’s a bit like how, if I’m really really craving something or if I’m in one of those phases where I comfort eat and find myself constantly in front of the fridge, taking some chewing gum will help calm me down a little.

Auggy, yes! And sweets! A certain caramel black comes to mind… I’m depending on it not shooting the 0 kcal out of the water with the flavouring. ;) If I am, please DON’T tell me.

no, he’s really not a puerh man – but even I thought the blend was a little …funky…

Funny. I think the two flavours really suit each other. It just shows how different we all are in what we like best.

Got an lovely swap package from Angrboda which all began by a discussion of Orange Pu-erh, so I figured I needed to try it first.

This is pretty good! The orange blends well with the pu-erh flavor, and the pu-erh is good, rich and earthy. I can taste the orange flavors even on my second steep, it’s mostly an aftertaste with an orange kiss

Boiling 3 min, 0 sec
Yours I Like This
9 likes
2 comments
Edit

Ha! Told you so. :D
I’m so relieved though that this was a better experience for you than the one you sent me. I was really nervous about that. I haven’t tried anything else from yours yet, but I’ll get around to it soon. :)

Now I’m getting nervous about what you’ll think of the one I sent you. I hope you like it.

This one was an easy swap pick – I wanted to try some more flavoured pu’erhs, and this had that good old, bad old pu’erh smell. I didn’t get much orange then and still don’t, but it’s clear that some kind of flavouring is at play, rather than this being a straight-up pu’erh.

It brews up murky and a little filmy, with surprisingly little presence in the cup. While I understand why people frequently seem to characterize pu’erh as fishy (that is, smelling of fish, rather than being shifty and unreliable) I don’t really agree, but I guess it’s more fit for polite conversation than my own scent analogy that ties in with summers spent next door to a big farm in the country. While there are certainly hints of that organic, earthy, sun-warmed farm animal urine scent, this, overall, mostly comes off a little flat, with no traces of orange.

This might just be one of those flavourings that fail to register for me, but I enjoyed trying it out – if nothing else, it has inspired me to keep looking for flavoured pu’erhs to enjoy.

I’m loving the sound of flavoured Pu Erh at the moment so I dove into my Nothing But Tea Pu Erh sampler box and pulled out this orange Pu Erh. That sounds delicious! I have had a different brand of tangerine Pu Erh before and that was very tasty and I imagine this would be similar.

As I snipped my way into the packaging I was greeted with a super strong orange fragrance that was natural with sweet and waxy highlights. It smells like fresh orange, as though one had been cut in half and I have taken a huge sniff. Luckily I love orange and this is certainly not for the faint hearted. :)

Appearance wise this looks like normal loose leaf Pu Erh, small and thinly rolled dark brown leaves in various squiggly shapes. Other than the smell I would not be able to tell any different.

Brewed in my gongfu with boiling water for 2 minutes to give me a lovely large glass full. I’m hoping it’s potent enough for a second cheeky steep (I used two tea spoons of leaves).

The tea soup is browny red in colour (standard ripe Pu Erh coloured) but it carries the same strong orange fragrance but with a more noticeable Pu Erh astringency and earthiness. Yummy.

The flavour is not as strong as the smell but the orange is strong enough to be as expected. It does taste very natural and the mixture of sweet and sour citrus is very pleasing, it matches this ripe Pu Erh perfectly. It tastes like an orange tree: earthy, fruity, natural, sweet, sour, woody, fresh.

It’s a very nice tea and the balance is perfect. I bet this would be a great summer drink.

This is one of a Pu Erh sample collection I had from the dealer. I’m not sure if the dried chips in it are orange or orange peel or both; but it smells strongly of orange.

I used a moderately-heaped teaspoonful and brewed for five and a half minutes; the instructions are for ‘up to five’ but I lost track of the time – it doesn’t seem to have done any harm. This resulted in an intensely dark, black-brown brew, quite opaque but because of the density of colour, not from cloudiness, with a slight oiliness on the surface.

Surprisingly, given the smell of the dry tea, it does not smell strongly of orange: I’m getting a faint smell of orange and a little stronger than faint earthiness (in the garden soil sense).

Similarly, in the mouth, there’s an earthy taste, not very strong, and just a hint of something between orange and orange peel. It may be simply just the combination of these two flavours, but I’m possibly getting the tiniest hint of liquorice. There’s a slight firmness in the flavour, possibly the result of the bitterness of orange peel – just the tiniest hint and the overall flavour is not bitter. Although it’s what I would characterise as a quite robust brew, I’m not getting that much in the way of the basic tea flavour and the result of that is that I’m not getting that ‘satisfying’ feel from drinking it.

For me, it’s an ‘okay’ sort of brew – pleasant enough, but not one I’m going to buy again.

I’m still a relative beginner with Pu Erh, so I figured trying this one couldn’t hurt my education. I’ll admit to being wary of it still, but I find myself less scared with every cup I drink. I used 1 tsp of leaf, and gave it 2 minutes in boiling water.

The resulting liquor is red-brown, and smells quite strongly of…manure. I’m coming to accept that about pu erh, although I can’t say that it makes for the most appealing introduction. Fortunately, the taste is milder than the smell. This one comes across as rich and earthy (compost, almost), with a hint of orange lurking in the aftertaste. The orange is natural and sweet tasting, and offers a juicy, refreshing counterpoint to the base pu erh. I’d even go so far as to say it’s a combination that works well.

I had hoped the orange flavour would be stronger, but I’m glad for what’s there. As I sipped away, I started to really enjoy the flavour, and to wonder what I’d felt such trepidation about. I believe I will get there with pu erh one day, and this was another positive step on the road.

Didn’t like it at all. I found this blend like a cup of hot water with just a hint of (bad) orange flavour and no sign of puerh aromas. Too weak for me, and very poor in taste.