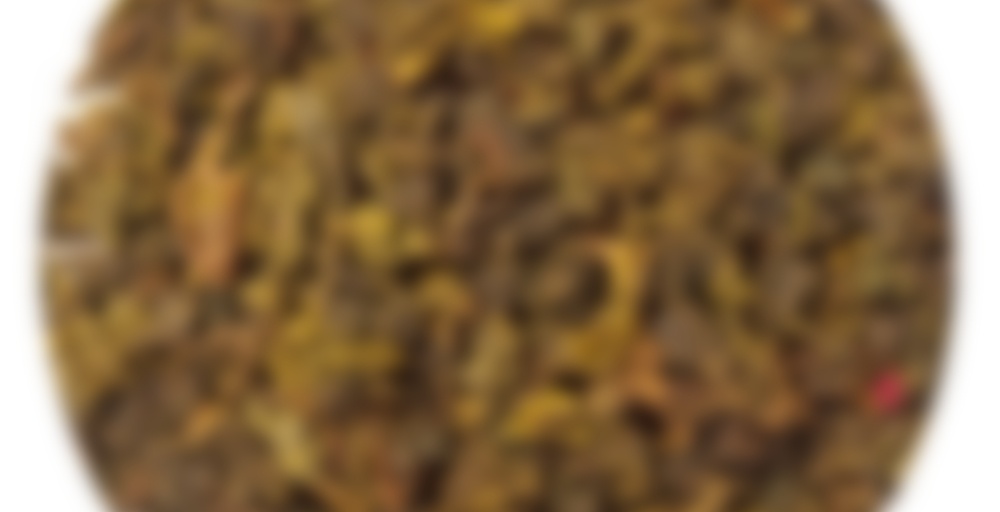 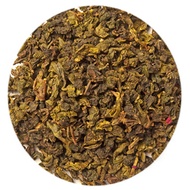 This is a delightful tea. High grade China Oolong teas are scented with rose petals, for a wonderful aroma and taste.

I’m not really feeling the inspiration to write a long and insightful post today, but I have other stuff that I’d like to be writing on, and I need to sort of get the floodgates opened up. Preferably before the time where I actually ought to have already gone to bed, you know? So I’m choosing to have one of my NBT samples tonight to force myself to write a proper post and hopefully get in the swing of things so I can work on my other project.

The leaves green and smells rather… At first I thought flowery, but the more I smell them the more I’m thinking citrus-y. My immediate thought here was, ‘did they give me another sample of the lemon oolong by mistake?’. I can’t see that there are any rose bits in there either. I was rather expecting petals, you know? The lemon oolong was super-yummy, so taste-wise I know I’m not in for a disappointment if there was indeed a mix up. At least that’s something.

I can’t say anything about the colour because of the nature of the cup, but I still think it smells rather citrus-y. However, there is also a flowery note that makes me think ‘roses’, so I don’t think they actually screwed up. I’ve also looked at the site and the pictures of the lemon and rose oolongs are very similar. I’ve left the cup to stand and develop a bit more and the more it does the more rosy the aroma becomes. Okay, so they didn’t mess it up. But it was weird that they seemed so similar initially. Considering how much I liked the lemon oolong, I’m taking it as a good sign though.

It tastes slightly overdone, but I’m pretty sure that must be my fault. I think the water was a bit too hot and I think I oversteeped it some too. It’s quite rosy in flavour though. Quite rosy. Very… rosy, in fact. Quite a very lot rosy to be honest.

I think maybe the extreme rosyness wouldn’t have been so bad if I hadn’t mistreated the leaves. Right now it seems hugely dominant. Lovely, but too much.

On the second steep, I’ve let the water cool off for a few minutes before pouring it on the leaves and I’ve made sure to pay attention to when I did that instead of just winging it like I usually do. I’m hoping it’ll be more oolong-y and a little less rosy this time around. If it is, it’s lovely. If it’s not, it’s just good.

It’s actually quite nice on the second go around. A bit understated, but I’m getting a pretty good idea of what the first steep would have been like if I hadn’t maimed it. The rosy notes are not as overwhelming here and the oolong is not as sour. Not quite lovely but definitely better than good.

It’s definitely a girly girl tea, this. I’m not sure I can get Lexitus to drink this. (I’m not sure I’d do that to him anyway) I’m not sure it’s one that I’m going to buy more of, but I wouldn’t be surprised if I did either.

I’d call that a pretty thorough post! And good luck on your other writing!

It’s not going brilliantly. I’ve done 35 words in an hour or so…

I finished off my sample of this today. I have had this before, but forgot to post about it, which is a shame.

I liked this much more the second time I had it – I messed with the steeping parameters a tiny bit and it made all the difference. The first time, I steeped it at 80 C for 2 minutes, this time, 87 C for 2 minutes. The second cup had more balance between the oolong base and the rose scent, which was a vast improvement on the first cup because that was waaaay too rosy.

The second set of steeping parameters produced a smooth, almost buttery cup which I thoroughly enjoyed. The rose made the tea quite sweet, but not overly so. All in all, a very drinkable cup.