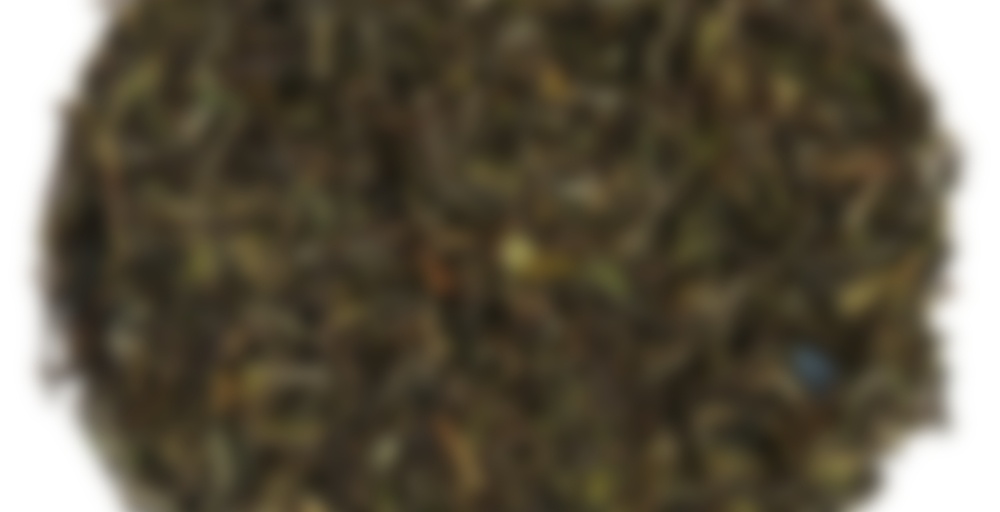 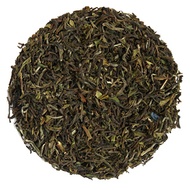 Darjeeling is known as the ‘champagne’ of tea. This tea is picked in April in the first plucking or ‘flush’. It is light in flavour and aroma with a slight astringency and undertones of muscatel, the sweet white grape taste which identifies a quality Darjeeling.

Thus fortified against the onslaught of the heatwave, I decided to have some tea. I’ve been curious about this one for a while now because there seems to have been a conspiracy among my Steepsterites to make me try it. Or, at least, a lot of you said nice things about it recently.

Been ages since I had a proper Darjeeling that wasn’t mixed into something else. I used to be infatuated with the whole concept of Darjeelings and immense prestige of the first flush every year. It had Speshul Factor. And then, for some reason, I just sort of rather lost interest. It wasn’t that I had one that was sub-par, it was just that the whole thing puttered out of existance. Probably around the same time that I really started getting my eyes opened for the yummy Chinese.

The leaves had a spicy note. Almost like curry. That was a bit odd for me. Curry! Odd! After steeping it thankfully doesn’t smell of curry. It has a rather thick, sweet aroma. There is a grass note and something quite fruity. I wonder if that would be the grapes that people keep mentioning in connection with Darjeeling.

It’s actually not bad. Not so harshly grass-y leaf-y as I generally associate with the area. It’s smooth at first and then on the swallow a slightly bitter touch of astringency comes in from the side and hijacks the flavour. It brings the promise of something unbelievably bitter if oversteeped, so it’s definitely a tea that it’s important to keep in check.

I was told a while ago that Darjeeling blacks aren’t really traditional blacks, as they aren’t generally a full 100% fermented, but technically a type of oolong. From what I understand the difference lies in the way the leaves are whithered. Knowing this, I decided to user somewhat colder water like I would for a greener type oolong. With that hint of bitterness up there, I’m glad I did. I think that would have been worse if I hadn’t.

As for the grape. Well. I can pick something up that I’m sure must be what people identify as grapes. I’m not sure how grape-y I think it is, but hey, that could just be me. It does make me want to eat grapes though. I wish I’d picked some up when I did the groceries earlier.

And my body heat has already made my formerly ice-cold foot water borderline lukewarm. Gosh…