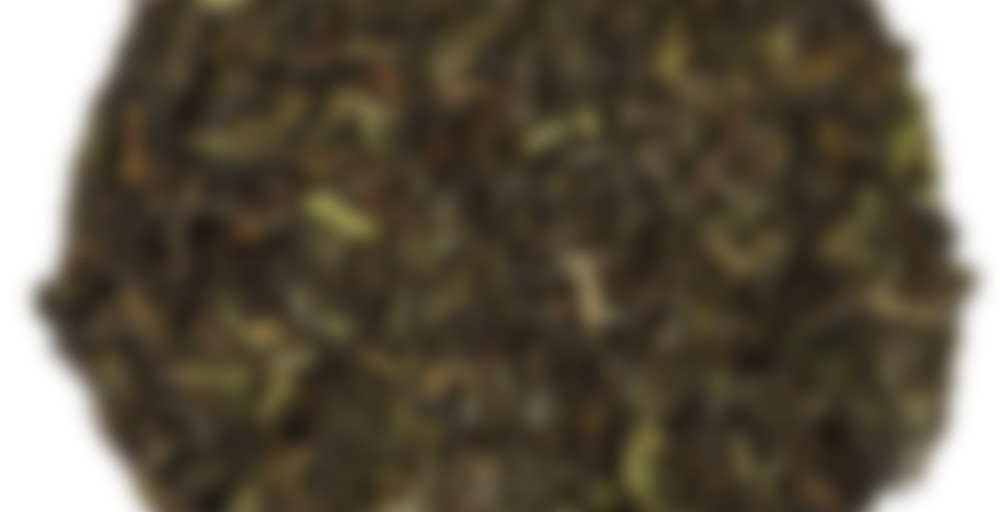 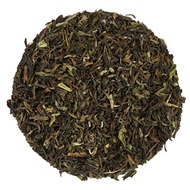 This excellent early season Darjeeling is from the Maharani Hills tea estate. It has a wonderful fresh and flowery bouquet and a liquor to match.

Random draw from the sample box. Another Darjeeling of which I have a sample of both first and second flush, and by good luck I actually drew the first flush. It would seem strange to start with the second one. I’m neurotic that way.

I smelled the leaves briefly and didn’t find anything out of the ordinary. They smelled rather like the Margaret’s Hope leaves did, so nothing special to note there. They look the same too. After steeping it smells rather grass-y, and a hay-y sweetness. More than I recall the Margaret’s Hope smelling. I’m getting something here too, something that sort of reminds me of grapes, but not actually smelling like grapes at all. NBT says it’s flowery. I’m not really sure I agree with that, honestly…

A slight astringency in flavour, but also quite smooth. It’s one of those teas that seem to have two different and completely independent layers of flavour. There’s the astringent bottom note that seems a bit rough around the edges and with a good amount of hay in it. And then the somewhat lighter top note of smoothness and flowers.

I can’t really come up with a lot of other stuff to say about it. I feel like I’ve said it all before only that was about Margaret’s Hope. I honestly can’t find much, if any, difference between them. The rating reflects how I feel about it today, as opposed to in comparison with Margaret’s Hope.