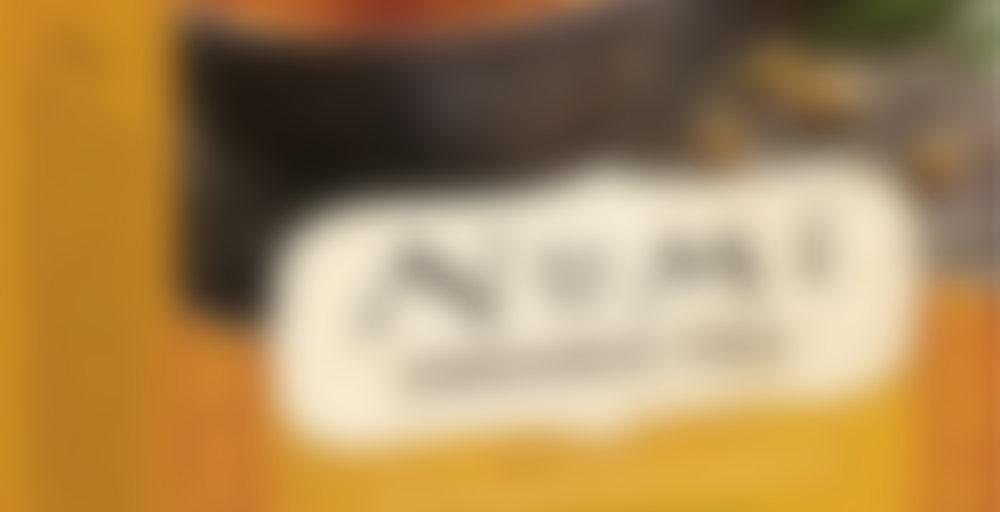 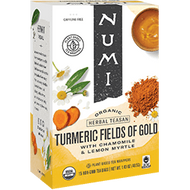 by Numi Organic Tea
76
You

The mellow richness of turmeric, the sweet calming notes of chamomile, and the lively zest of lemon myrtle reside in Fields of Gold. This bright blend will delight you with its light, vibrant flavor as it soothes the spirit.

After drinking this tea and Numi’s Moringa last week, I can say I really like lemon myrtle.

Compared to the Golden Tonic Turmeric Tea, either this one:
1) was fresher,
2) had ingredients that worked better together, or
3) was simply more suited to my palate.

The turmeric wasn’t terribly muted and the citrus quality of the lemon myrtle accented the brightness of the turmeric. Chamomile seemed to be a faint background note that tied the other two ingredients together and kept them from going too far in the spicy-earthy-bitter turmeric direction or the citrusy-grassy lemon myrtle direction. Well done and I think it would appeal to a lot of people (unlike myself) who like a more approachable, less medicinal turmeric tea.

It’s so pretty. Really, it’s hard to look at that teabag brewing with its bright orange bits in an increasingly golden infusion and not comment. There’s also a long steep time recommended by Numi, 8 minutes. So, you’ll have some time to stare.

Ok, so the time is up. I was surprised at how enjoyable this was, although I smelled and tasted quite a bit of chamomile mixed in with the warm, kitchen-like do of the turmeric, and I’m already a huge fan of chamomile. The turmeric itself is, well, turmeric. It’s in there, and while I don’t drink enough turmeric tea to know if this is high or low quality, I like it. I also added a little sweetener once I made it halfway through the cup. Wow. It really sweetens well, the way a chai might.

P.S. I sneezed twice while this was brewing. I’m going to blame the turmeric,as well as my sniffer getting a little too personal with the tea bag. If I don’t encounter the same thing next time, I’ll revisit this tasting and exonerate the tea.