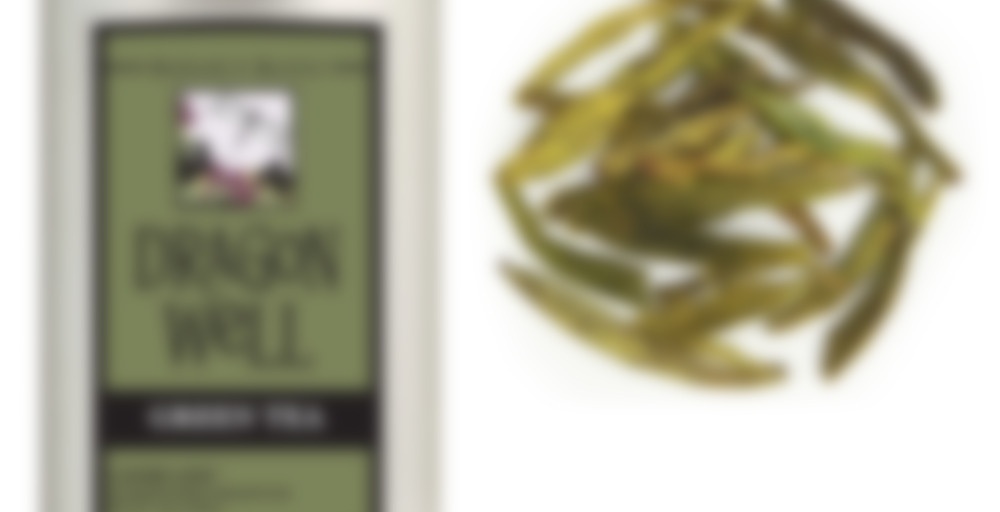 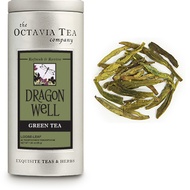 by Octavia Tea
74
You

Dragon Well (Long Jing) is the most famous Chinese tea, with broad, flat leaves shaped like the blade of a sword. This voluptuous tea envelops the palate with a lovely orchid-like fragrance, a delicious, roasted chestnut-like flavor and an earthy, lingering finish. Often called the national drink of China, Dragon Well is frequently given to visiting heads of state. This tea is rich in antioxidants and promotes mental alertness.

This started out like a typical run-of-the-mill green tea, mellow, vegetal, nothing special about it. Dry smell: mellow vegetal. Wet leaves smell: strong vegetal. After brewing it and taking a sip: mellow and vegetal. I didn’t pick up any of the orchid notes. But when I swallowed I got this interesting taste, seaweed. It was mellow and light, but it was there. I sniffed the cup and I can smell something slightly salty. I take another sip, vegetal, and slightly salty. Interesting. There more I drank and kept looking for the seaweed notes the more I tasted it and liked it. It never did become strong but it was there and i liked it. It was like finding a toy in the cereal box when you’re not expecting one.

Not the most outstanding cup of green tea I’ve made however I’m hoping it will taste better the next time I try it.
Upon opening it, the leaves appeared smushed from the packaging so I placed it in a ziplock bag and put it back in the container for more movement and longer shelf life. The smell was earthy and salty, almost like seaweed, and could not catch that orchid smell or taste. I used a thermometer to measure the temperature to 175 degrees and steeped it for 2 minutes before pulling the strainer out of the cup. The liquid was a faint yellow-green color and the aroma contained a similar scent to the taste.
I definitely caught the salty taste in the cup, something I was not expecting since I’m used to a sweet or grassy flavor from my teas. It was hard to distinguish whether I was tasting the water or the tea due to the dull flavor it emitted. I want to try steeping for longer or add more tea to be sure to do justice for the tea. If it turns out well, resteeping will be the next step.

As I said earlier, I wanted to test out this tea again to be sure I was getting the full experience with this tea.

Equipment: a new tea kettle that records the temperature over the stove before it boils and a second thermometer to check the time after pouring it out. Also used a loose tea infuser basket from rishi tea to steep in my mug.

Method: After checking the temperature, it initially read 175 degrees so I poured a little bit of cold filtered water til it read 165 degrees. I added 1.5 tsp of tea in the tea basket and poured some cold filtered water on top of the leaves first before steeping, bringing the temperature down to 160 degrees. For the remaining 20 seconds, I flash steeped it and then dripped it for a few seconds following 2 min of steeping.

The Tea itself: The color was a pale yellowish-green liquid. The smell still had a subtle salty smell with a more encompassing earthy/grassy scent. The salty taste integrated better with the mellow earthy/grassy flavor. It seemed to have that buttery taste as well which continued through its aftertaste. It was pleasant without any sweetness, commonly found with flavored green teas. If you like straight-out green tea, brew this right and it will be a light tea to have any time of the day.