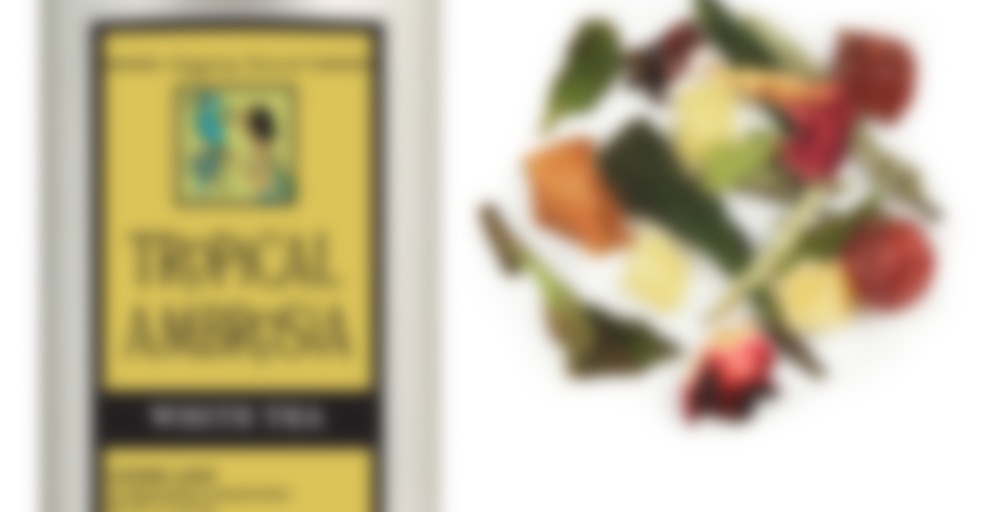 by Octavia Tea
74
You

Youthful and flirtatious, this antioxidant-rich infusion blends white tea with candied pineapple, mango and berries for added sweetness. Harvested from just the tip of the tea plant, white tea contains anti-aging properties and a rare amino acid that may help relieve stress and improve mood. A tropical treat for gods and demigods alike … or simply for those of us with a sweet tooth!

Apparently I never added this to my cupboard which means I don’t get the satisfaction of taking it out of my cupboard but this is a Sipdown of my sample, courtesy of Roswell Strange. I am getting pineapple for sure but it’s candied pineapple which is not as satisfying as the actual fruit. It’s actually not bad but I doubt I will miss this now that it’s gone.

Guys, there’s a scavenger hunt in the mall right now for one of the nearby elementary schools so the place is just flooded with adorable little snot babies. And one of the clues on the hunt is to find the name of the “Painter of Light” from the Calendar Club Kiosk (me!). The answer is Thomas Kinkade, but I’ve had cutie pies coming up to me all day asking for help. It’s so precious!

My first “miss” from Octavia Tea. And, it’s not even so much that it’s bad – it’s just really, really weird? Dry, it smells delicious – kind of like “Tropical” flavoured Fruit Rollups? Just yummy, and kinda sweet and candy like. Steeped up, however, there’s something hard to describe about it. I wanted to initially say that it was like low quality, “healthy” Fruit Roll Up equivalents that my Mom used to buy for school lunches ‘cause she couldn’t afford the name brand but that’s a little harsh, and not super accurate either.

More so, I’m picking up one the pineapple/apple really heavily but the pineapple feels a little artificial and then the apple is more of a tart apple, and then more tartness from the rosehips and that’s a whole lot of tart together. However, something is keeping it mostly in check: not the mango, I don’t think, because I don’t so much actually taste mango. I’m thinking maybe the red currants? I would have described it more like a “dull strawberry” but there’s no strawberry in this and strawberry is closer to red currant than mango.

Anyway, there’s a sort of flat sweetness (if that even makes sense) coming from the red currants that mostly counterbalances all the tartness, but just falls short. Wah wah wah. Things “missing” other than the mango: the rose petals (hooray) and the white base in general. Honestly, this felt more like a tisane than anything else. \

So conclusion: a little disappointed, but this was still drinkable overall. Just wouldn’t really drink it again unless, maybe, it was cold brewed…

And that’s it for today guys: I’m practically done my shift and this was the last tasting note I had to catch up on for now. So have a good day Steepster!

Sounds like a fun time, Ros. Too bad the tea wasn’t better!