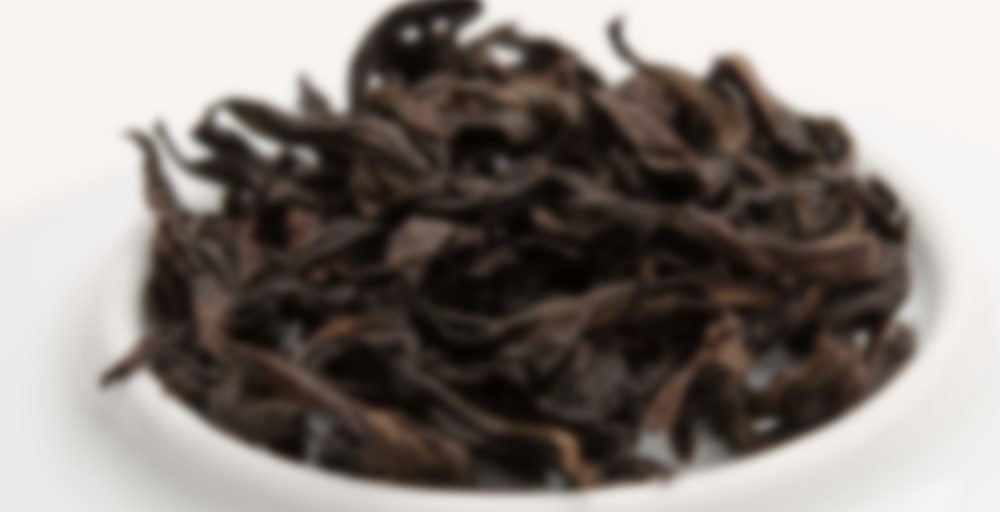 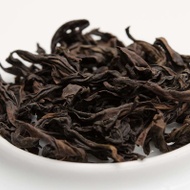 Very nice. If you enjoyed the 2015 blue bag Rou Gui you will enjoy this year’s batch as well. It has a clear fragrance and a smooth mouth feel. Roast is fresh, but not overpowering and can be enjoyed now.

This was another of my July sipdowns. I’ve been on a quest the last couple of years to develop a better understanding of Rou Gui. It is apparently a super popular oolong overseas, but I have had great difficulty seeing the appeal. To me, it often seems very woody and heavy, though I have managed to try several Rou Gui that have shown tremendous depth and character. This was one of them. I was actually surprised by how much I enjoyed this tea.

Prior to the rinse, the dry tea leaves produced aromas of cinnamon, rock sugar, mushroom, cream, vanilla, pomegranate, and blueberry. After the rinse, I noted new aromas of roasted almond, black cherry, earth, and pine. The first infusion introduced aromas of smoke, char, and plum. In the mouth, the tea liquor presented notes of cinnamon, rock sugar, cream, vanilla, roasted almond, and blueberry that were chased by hints of pine, smoke, char, earth, black cherry, nutmeg, and pomegranate. The subsequent infusions introduced aromas of red apple, red wine, blackberry, and tobacco as well as stronger smoke and char scents. Stronger and more immediately noticeable smoke, char, earth, pomegranate, and black cherry notes appeared in the mouth alongside impressions of mushroom, roasted almond, and plum. I also found notes of blackberry, red wine, minerals, and tobacco as well as hints of grass, cooked spinach, cocoa, red apple, and orange zest. As the tea faded, the liquor emphasized lingering notes of minerals, pine, smoke, black cherry, earth, cinnamon, and roasted almond that were chased by hints of grass, red apple, cocoa, pomegranate, tobacco, red wine, mushroom, and blackberry. There were even a few hints of roasted barley that emerged on the last two or three infusions.

This was a very nice Rou Gui. It was not quite as nutty or as woody as I was expecting, but it displayed tremendously enjoyable spice and fruit notes. It’s rather hard to get me to give an overwhelmingly positive review to a Rou Gui, but this one was delightful. Old Ways Tea continues to impress me with their offerings.

I got a sample of this with a teapot that I bought second hand from someone on Tea Forum. The dry leaf smells roasty with a slight fruityness. It brews a medium orange color and has a very strong mineral note, maybe the strongest I’ve experienced. It also tastes of roasted barley and overripe fruit. Lilly aroma. This was quite enjoyable, however from the second steep on I got a strong, savory cooked meat or pumpkin-like note that I didn’t really enjoy. Maybe I should have used cooler water? I’m never quite sure what temperature to brew yancha at, but I’ve seen some places recommend boiling…