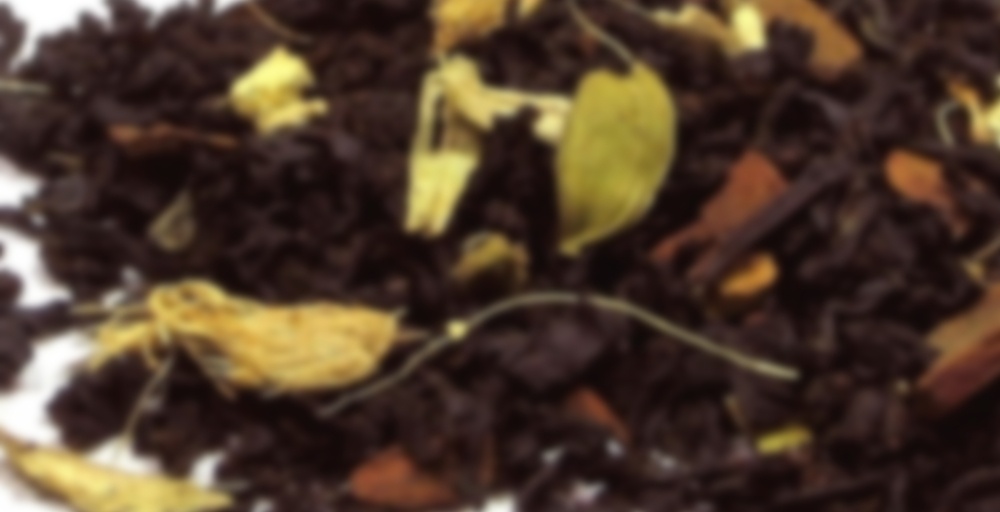 by Oliver Pluff & Company
73
You

Brewing Tips: For an individual serving- In a pot, add ½ cup water and 2 teaspoons sugar or honey. Bring mixture to a boil. Add one heaping teaspoon of chai and ½ cup whole milk. Whole milk works best, though lighter milks may be substituted. Reduce to low heat and simmer for 5 minutes while stirring. Strain through a fine filter into a mug, serve hot or cold.

For a group- add 1 teaspoon chai per 8 oz mug and increase portions of water, milk, and sugar or honey accordingly.

A local kitchenware boutique, Taste, went out of business recently. I saw that they were having their final clearance sale, and couldn’t resist cleaning out their tea section. This was the first thing I picked up. I took all three remaining envelopes, mostly for the picture of the moose. And because of chai, of course.

Sadly, though, I’m pretty disappointed with it. First of all, inside the pretty paper envelope with the old-timey art, there’s just a ziplock of tea. Seriously, just a clear plastic baggy.

The mix looks nice enough. A few cardamom pods, lots of cinnamon, bits of ginger root, mixed into a lower-quality black tea. Pretty standard. It smells alright, sort of weak on the ginger and no real cardamom scent. It’s mostly just cinnamon. The flavor is even more disappointing. The spices aren’t very potent, and there’s some sort of weird earthy flavor. Like they mixed a little bit of dirt or something into it. Or maybe it’s just really stale. Who knows how long it sat on a shelf until I bought it? Either way, I’m glad I used it all up so I can move on to something better.