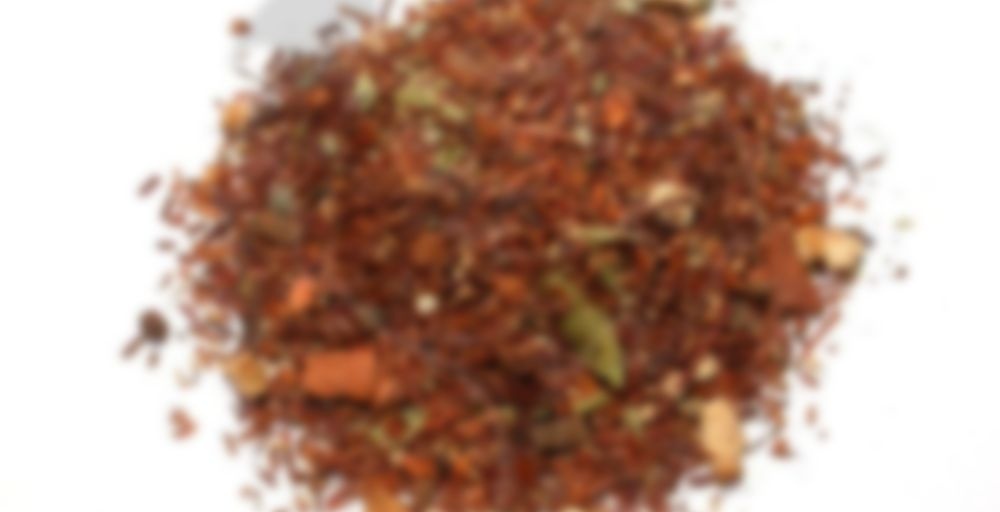 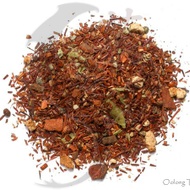 by Oolong Tea House
--
You

This herbal tea the blend with an identity crisis. When you have a mix that combines the mellow character of Rooibos, with the sensual spiciness of Masala Chai, is it relaxing, or is it a pick me up? Masala chai, with its base mixture of ginger, cardamom, cinnamon, coriander, clove, and black pepper, is generally considered to be one of the more overtly spicy examples of all blends. Interestingly the mixture of this with the sedate character of Rooibos gives this chai a lovely sense of balance. South African research on the tea has concluded that seven ounces of rooibos contains the following: Iron, Potassium, Calcium, Copper, Zinc, Magnesium, Fluoride, Manganese and Sodium. It is also renowned for its soothing effect on headaches, disturbed sleeping patterns and digestive problems.