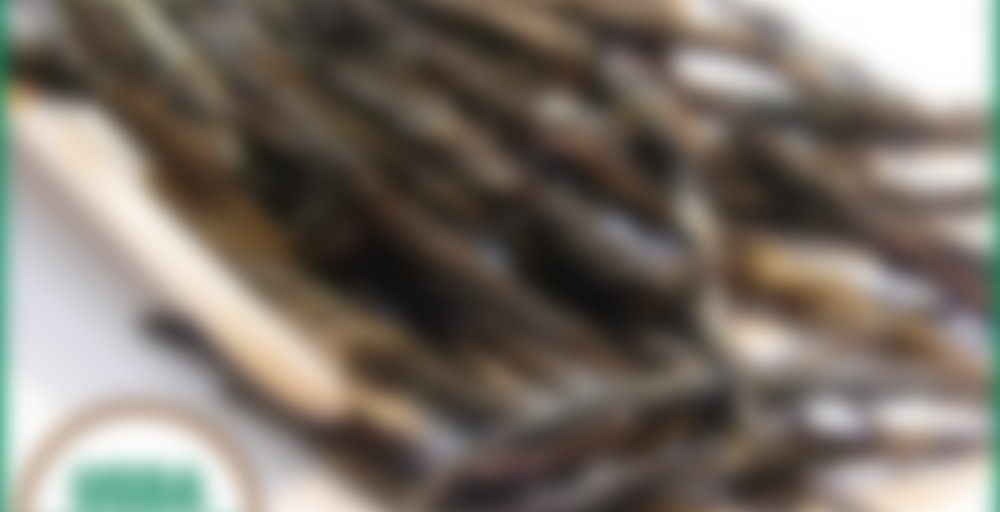 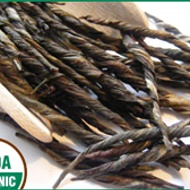 by Orient Organics
75
You

This is the one designer tea that we have chosen to include in our selective selection of teas, as it provides a great green tea flavor along with the looks and attractive infusion process. Organic Blink Bonnie tea consists of green, white and crimson colored leaves being intertwined into elegant little spears. While many loose leaf teas are attractive to brew in clear glass pots, it is especially the case with Organic Blink Bonnie tea. Organic Blink Bonnie tea does not have the extensive history that some or the other more famous teas have, however, what it lacks in history it makes up for in quality. When you open the package you can smell the freshness and will anticipate the treat you are in for. Of course, with this as well as with any quality tea, how you store it will dictate its continuing freshness. Organic Blink Bonnie tea is best stored in a cool even temperature place or in the refrigerator after opening to maintain optimal quality and freshness. You will truly enjoy both the visual and taste delight that Organic Blink Bonnie tea brings to the table. Origin: Sri Lanka. Ingredients: 100% organic whole leaf tea. Caffeine – medium low.

I have decided that this week is sample finishing week. Seven days, seven samples. (At least)

I haven’t the foggiest where this one came from, and I’ve had it for a while. One of those that at first are standing around because I haven’t got to that one yet, or I wasn’t in the mood for something new or whatever other reason, and after a while it’s standing there untried but becoming more and more invisible, because I’ve simply stopped looking it it. The tin is familiar, it no longer stands out as something new and untested.

Therefore, it seemed a good place to start today. The only thing I know about it is that one of you lot must have sent it to me.

The leaves are funny! They’re twisted into these long spear-like shapes, almost two centimeters long! I dithered a bit on how to brew it and how many of those spears would constitute my normal teaspoon-measured amount. Eventually I just gave up and used ALL the leaf, less water and a start steep of 30 seconds. That takes care of that problem. I also couldn’t work out if it was a green or a green type oolong. On Steepster it’s listed as a green tea, but on the tin whoever it was of you wrote green/oolong. So what temperature to use? Again, I compromised and chose the temperature in the middle of the two. Ha, you can’t fool me, Blink Bonnie!

The result is an amber coloured cup of tea that smells remarkably sweet. It has that honey-y, sugar-y sort of aroma that I’ve found really enjoyable in other teas. It’s not quite the same as those, but it’s definitely leaning in that direction. There is also an additional note to the aroma here which strikes me as peculiarly bready. So honey, sugar and bread. Is this a cup of tea or is it a liquid cake?

Since I’ve had this for so long and never tried it, I had some thoughts as to how much the leaves had faded. Especially when doing these short steeping things, how much of the flavour would have been lost? I honestly wasn’t expecting to find all that much when tasting this one. Unfortunately I think it has faded some, because I’m getting most of the flavour just on the swallow and in the aftertaste.

What I’m getting there is surprisingly milky. It reminds me a little of milk oolongs, only not as creamy as them. It’s quite sweet and completely contrary to the aroma, the main flavour note here is something kind of vegetal as well as a sort of dark nutty note that makes me decide that I think this is more oolong than green.

It’s hard for me to really get any closer than this. It’s a shame that I didn’t try this one sooner, becuase I rather suspect I may have missed out a bit. On the other hand, although my primary suspicion for the very subtle flavour here is the fading of the leaves with age, I can’t be entirely certain that this is not actually supposed to be this way. A bit vague and fleeting rather than full and flavoursome. Some teas are meant to be that way, and they tend not impress me much, if at all.

This means that the full flavour experience here could have been really high or really mediocre (according to my preferences) and I haven’t the first clue which end of the scale it’s actually supposed to be at. Therefore we are placing it squarely in the middle with a good 70-ish points.

Wow, that is a really interesting looking tea! I loved your review of it, too.