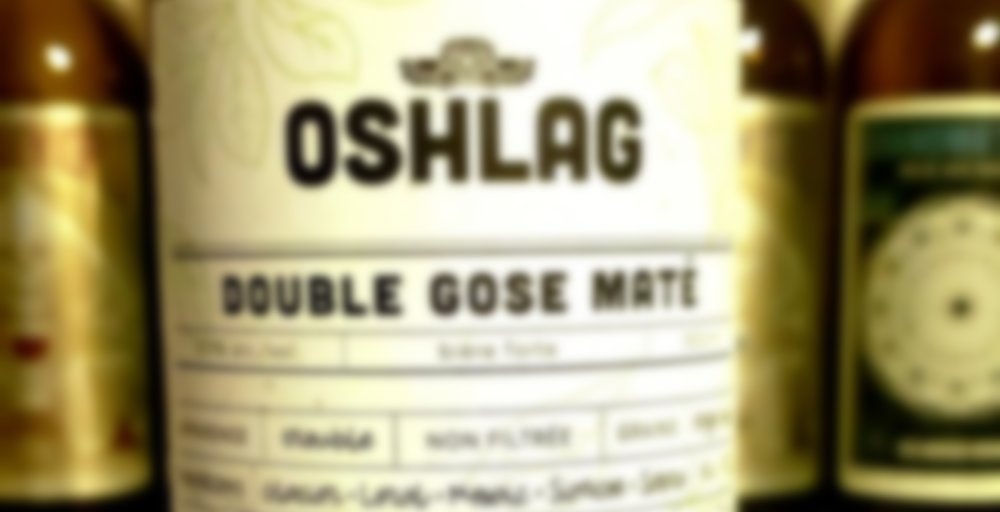 Next in my tea infused beer series!! This one is a Sour made with green tea and yerba mate; emphasis on the mate…

It actually is really sour – very citrus heavy in terms of flavour. The first thing that came to mind was sour/tart grapefruit, kind of like a Fresca with the sourness really kicked up quite a lot. It’s been a while since I last had a Fresca (I used to drink them daily when I worked at Calender Club, in Saskatoon – they were my favourite soda), but this is making me feel super nostalgic for that flavour. It’s also kind of got a bit of a key lime type of vibe to it as well, though!?

Aside from that sharp citrus note, there’s also a herbal and slightly smokey note hidden under the overwhelming sour top notes – that’s the yerba mate, for sure! It’s actually really nice to be able to clearly taste the tea in this beer. That has rarely happened in my exploration of tea infused beers over the last year or so.

Another element of this!? Salt! There’s actually a fair bit of salt in this beer, and it sort of serves to really make those sour citrus notes especially pop. However, after a few good glugs I was able to taste the salinity in the beer much more clearly, and it’s good at first but does build to a point where you feel like you’re having a lot of acidic citrus and salt, and it’s a little rough by the halfway mark of the bottle.

I definitely couldn’t finish the whole beer in one sitting – but I did like the flavour a lot overall!

Sours or maybe I think this one would be gose – should be bit salty in taste. I had even tuna, gin herbs and salt gose and it was actually delicious; so I assume – it is gose because it is bit salty!
But anyway this beer – with tea and mate, sounds interesting to try.