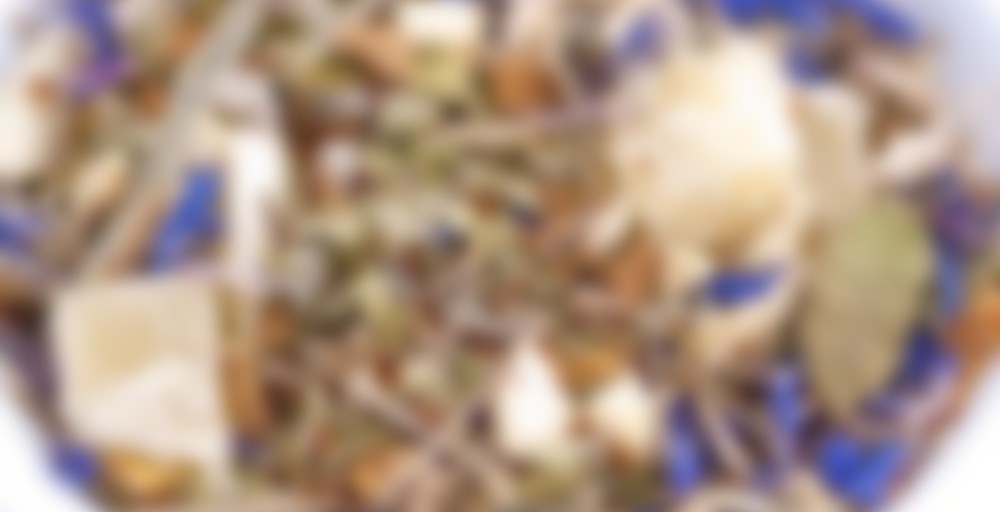 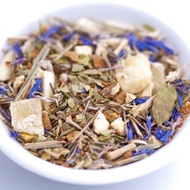 by Ovation Teas
79
You

This is a really smooth tea. For all the flavors in it, it really finesses the palate. So comfortable and familiar. Since I have a huge crush on cardamom, I really like that it’s the first thing I notice about this tea. As far as spices go, I get a bit of cinnamon and anise with a finish of coriander. I think the fruit in here serves to make it sweeter, as I can’t really pick out the pineapple. This is almost creamy. The rooibos seems to be more prominent than the mate. I’m okay with that since I really like rooibos.

A very nice tea but it won’t be able to usurp Samurai Mate. It needs a bit more pow in the cinnamon department for that.

Not big on Mate, but anything with Chai sounds good to me Missy. :))

Pineapple in a chai? Interesting. Also, totally didn’t catch your ‘rectifier’ reference, but I think that’s a great project that I should undertake – reviewing teas in my cupboard that I have previously drank but not reviewed on here.

@ ScottTeaMan It’s a very a great chai. I can’t taste the mate but that seems normal for mate blends.
@ Krystaleyn It’s a song I’ll link the video. I used to listen to it LOTS. http://www.youtube.com/watch?v=cNESPwwYQlU

Actually after a night of partying and EXTREMELY hot and spicey food, Ra considered calling it something else. :)) Hahahaa…….what is wrong with me today!?!

It’s really fun adding a new tea to Steepster. A) It makes me feel like I’ve uncovered some lost treasure of the Sierra Madre by buying this tea that no one else has reviewed. B) When you add something like this tea, you just get to click so many boxes! It’s a Chai, it’s a Rooibos, it’s a Maté, it’s SUPERTEAAAAA!

I bought this with a little bit of giddyness (read: spite) that it might replace Teavana’s Samurai Maté. Close Colonel, but no cigar.

It’s a very good blend, and I’m so far ecstatic with the quality and flavor from my Ovation purchases. Definitely a company I will buy from again.

To me, the standout flavors are the cardamom and the rooibos. The fruit blends a little bit behind those two, and gives a little bit of a… lift, for lack of a better term, to the flavor. The cinnamon and anise are noticeable in the blend, but take a much more subdued backseat than I’m used to for either one of those two spices. These are typically strong, domineering beasties, and they’re comfortably waiting their turn on this one.

Overall, the smoothness of the flavor here really impresses me. It just feels like silk gliding over your tongue, and none of the flavors are overtly grabbing for your attention. It is very relaxing… which is probably a bad thing for a maté blend. This could very easily be one of those awkward moments where you had to explain to your boss that you were up all night drinking tea. Try it with a straight face sometime.

So why no bell and no cigar? I really do have a big love on for my cassia cinnamon. To me, the most disappointing thing about this blend is that the cinnamon is so passive. I think this has to do with Ovation using cinnamon chips instead of cinnamon/cassia flavoring. It is also possible that Ovation is using ceylon (true) cinnamon, which is supposed to be less ‘HI I’M CINNAMON LETS BE FRIENDS’, and my ignorant American tongue just doesn’t know what it’s missing.

Definitely a good brew, but it isn’t going to dethrone my Samurai. There’s got to be a better joke there than that. Oh well.

I think the joke that is lacking is inappropriate for this venue but its there – oh its there!