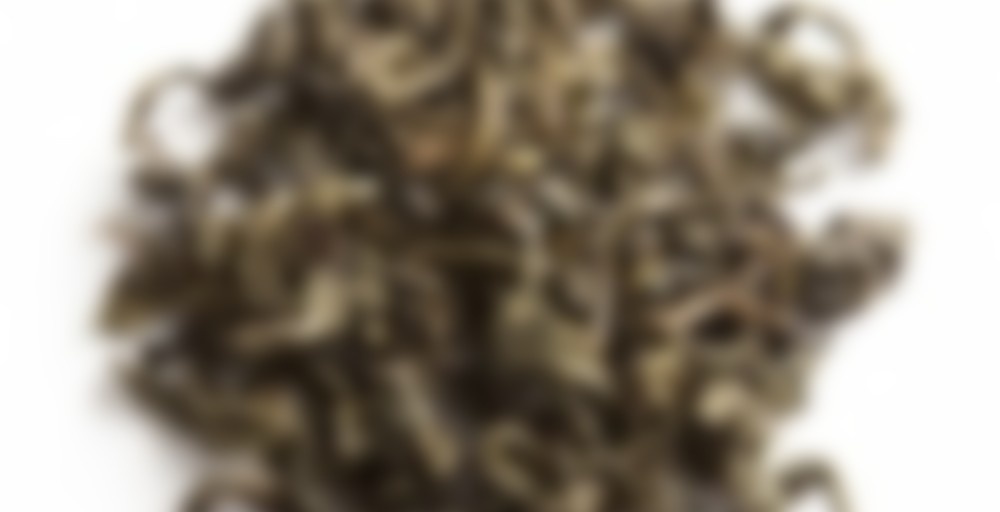 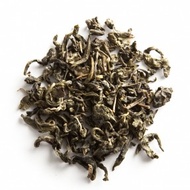 by Palais des Thes
75
You

Stronger fermentation (50-60%). The most scented and the most flowery, this semi fermented tea is enlivened by the addition of cinnamon flower pollen and orchid pistils.

Second, another Mystery Tea, meaning something we’ve never tried before.

Third, I thought an oolong would be fairly certain to be something well-known and familiar. I hadn’t noticed that it was scented until after I had poured the leaves into the pot. It was a free sample I had received with my LPdT order.

Not surprisingly the aroma is quite floral, and it does actually have a fair bit of cinnamon notes in it. I can also detect the base oolong underneath, with something smooth and sort of thick smelling. This one is 50-60% fermented, so it would probably have been quite floral on the aroma even if it hadn’t been scented, so I can’t actually tell how much is natural and how much is due to the scenting process.

The flavour is surprisingly toasty and ever so very slightly astringent. It’s funny because I thought it rather smelled like something that should be smooth and slippery. It doesn’t actually taste at all like it smells. Yeah, the cinnamon notes are there in the flavour as well as the aroma and so is the floral aspect, but other than that, the feel of it in the mouth is completely different from what the aroma led me to expect.

I find this rather confusing to be honest.

The scenting seems to be rather mild. I can detect, as mentioned, something vaguely cinnamon-y but other than that I can’t tell how much of a difference scenting with anything at all has made to the base tea. This tastes very natural, so unless the base tea was really almost flavourless to begin with, scenting strikes me as rather a waste of time and money. I’m fairly certain it would be possible to find an oolong which naturally tastes something along the lines of this. Rou Gui, for example, springs to mind.

It’s pleasant enough, I suppose, but not one I would purchase.

Orchid pistils in tea. That’s a new one for me.

And the new icon looks fabulous!

*puts on her plant geek hat * Pistiles are the female reproductive parts of the flower. I’m a bit surprised about the cinnamon pollen as cinnamon flowers are quite small and you likely wouldn’t ge much pollen from them.

A pistil is the female part of the flower that accepts pollen. Presumably they are rather large and fragrant in orchids, otherwise I would think it rather silly to use them in tea! :D They were probably just trying to seem fancy though.

Hahahaha, apologies, I had typed out my message a few hours ago and neglected to hit enter, so did so when I came back to my computer, but I guess I’m a bit slow :P

Incendiare, yes, I’m quite pleased with it. It’s a detail on a replica of a stave church at our local archeological museum. I had Dr Hobby Photographer take some photos of it for me for this specific purpose. There was another one that I would have really liked to have used, but it got too squiggly looking in the smaller sizes. It wasn’t until after we got home and I was playing with the photos, making my icons that I realised that I should have made him take a photo of the whole church as well.

Jillian, thank you, I knew someone would now! The pollen thing though… Well it IS very hard to tell how much is scenting and how much is natural so perhaps they were just trying to emphasize an exsisting note of cinnamon?

Krystaleyn, Oh, no worries. I’ve done that a few times as well. :) Typed up a post in the morning and then actually posting it before bedtime. It happens over at LJ all the time. :p