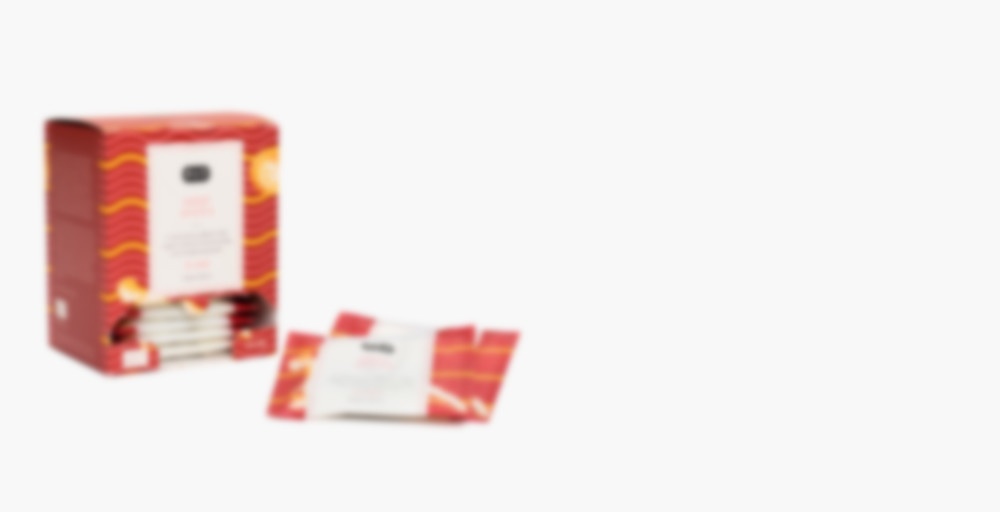 Pure organic spices of superior provenance are used to create this traditional, yogi-inspired Ayurvedic blend. The energizing, yet grounding infusion helps to maintain a comfortable and steady state of body and mind.

Waiting on some test results to come back at work right now, so I have a few minutes to pop in a tea review – I know, it’s a shocker that I’m posting during the week and not my massive binge/queue of tasting notes on the weekend like normal…

First thing about this tea – I don’t think I’ve seen cardamom described as “minty” before (that’s how P&T is describing that ingredient in the copy writing for this tea) and I’m not sure how I feel about the comparison. I don’t think it’s quite accurate; at least with how I personally experience cardamom, anyway.

The tea itself tastes fine though; nice mix of spices – all on the warming side instead of actual heat (my preferred Chai blend composition). You can really taste the rooibos in the blend; usually that doesn’t bother me, as I like the taste of rooibos, but something about this particular rooibos almost has a brassy/minerality to it that I’m feeling kind of iffy on. I like the STRONG cardamom notes though – they trail off into the finish, and end up being the lingering note on my tongue after I’ve finished the sip.

It’s a mixed bag for me.

Hmm. I equate minty with cooling, and cardamom, to me, is more on the warming side…