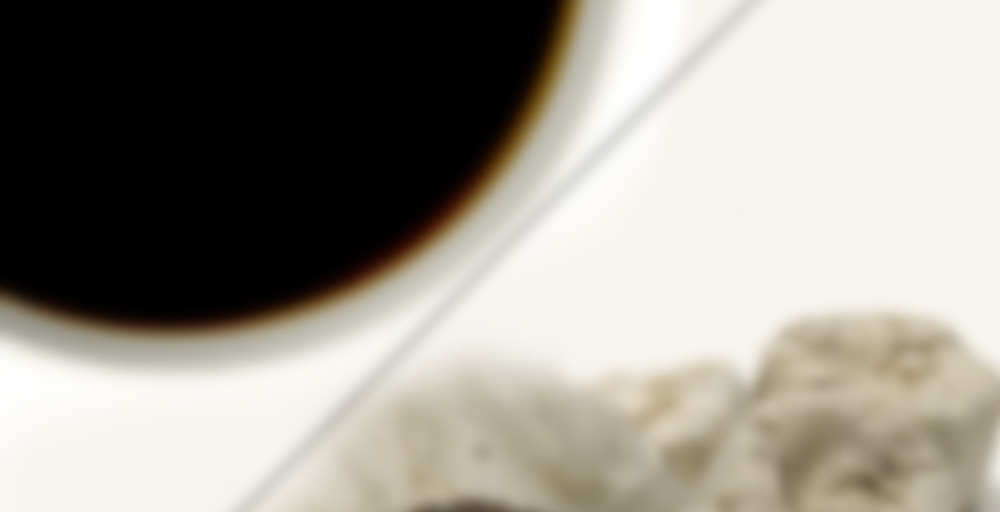 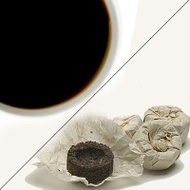 In the mountains of southwest Yunnan is a forest containing semi-wild tea plants, many of them centuries-old and as tall as trees. The local people have been making organic Pu-erh tea from these old-growth tea trees for generations. The unique bowl shape is termed Tuo Cha, achieved by traditional pressing and drying techniques. The cup is rich, earthy, nutty, and densely flavorful, as thick and dark as coffee, yet exceptionally smooth.

I was quite perplexed with this tea. A worker at Peet’s told me that this was one of the more sought after ones at their location. The tin felt heavier than the other teas, and for good reason: the leaves were compressed as is customary for pu-erh teas. The tea bricks themselves smelled very earthy (not the typical pu-erh “earthy”) and bitter. I got a more pungent smell when I actually brewed it.

Brewed Tea:
The color of the brew was very dark, even after lightly “rinsing” it with a miniature steeping. It started off as a light pink, but as the brick dissolved, the pink turned into a reddish-brown within seconds. This fascinated me quite a bit, as I had never seen a loose leaf tea change color as dramatically as this before. Then again, the directions called for a much longer steeping than I usually give Pu-erhs.

The taste was as it smelled for the first brew: Earthy, bitter, with an acidic aftertaste. But another element decided to show up as well. It was nutty, and tasted like a bitter baking flour. The after taste was not very pleasing either. I still had a bitter nut flavor in the back of my throat.

Unsatisfied with the first brew, I decided to have a second steeping. After all, I heard so much about this tea from the staff, and one of the locals. And I supposed that the first brew washed the tea enough for a second brew.

The second steeping was MUCH more welcoming than the first. The earthy flavor had become more typical, and more enjoyable. In fact, I quite liked the second steeping. This time, the earthy taste was still present, but the nutty flavor had been replaced by a more vegetal one (very unexpected). This one was more smooth, and the beverage had a slightly lighter color. It was a dark red now. However, I still did not like the acidic after taste.

I brewed the tea twice with the directions provided, and twice using a more traditional method with shorter steeps.

I suppose I’ll rate this tea based on the experience over all. I will not be drinking this pu-erh regularly, as I would with others. The character changed quite dramatically between steeps, and proved to be uneven. This tea was not wonderful, but not terrible either; it was centered in between the two.

Sounds weird like the puerh was blended with something else.

It did taste blended; kind of like pu-erh with some type of fruit or nut. I reviewed this tea a while ago, and decided it was time to give it another try. I edited my review based on both experiences (old and new).

Peet’s is really the only chain where I can go and reliably get a decent tea – forget about Starbucks or that other place, The Coffee Bean and Tea Leaf. I didn’t even know there was a Peet’s pu-erh until I went in there this afternoon nosing around.

This maybe not the best tasting of this tea, after all it was with a paper cup and a paper tea sac. It is very smooth, rich and dark. The thing this really reminds me of is chocolate milk, I was thinking that the entire time I was drinking this tea, weird. Also it seems a bit metallic and with a smoky aftertaste. Definitely I was hoping for something more/else. I should have saved the leaves to steep it again at home and see if I could make it any better. This is a $20 for a tin of tea and that is not a terrible price considering that’s a 4 oz. tin. But ultimately it just left me kind of unsatisfied.

Every time that I’ve peeked into my tea cabinet this year, Peets’ Ancient Trees Pu-erh has stared right back at me. I purchased a tin way back in January with a christmas gift card, and have been saving it for a special occasion; assuming that there were two 50g tuo chas inside. As it turns out, there’s somewhere around 20 single-pot tuo chas inside! I had no excuse to avoid this tea any longer.

I popped one of the ~4g tuo cha in my 100ml gaiwan and started with a lower temperature (180*) rinse for 20s to help clean and open the leaves. Afterwards, I used ~195* water for 30 seconds, and strained it into my litlte gong-fu pitcher. Here’s where the fun really began.

This shu (I’m assuming?) pu’er comes from “organic, ancient trees,” and for a small tuo cha, it does have a fair amount of distinguishable leaves by the third or fourth infusion. It does, however, make for a perfect introduction to the flavors found in the thick, robust world of pu’er.

From the outset, I can’t help but notice the slightly floral flavor of rose hips that slowly gives way to the classic smoky earthiness of ripened pu’er. As I increase each steep by 15 seconds or so, the color shifts from a light pink, to chocolate brown, to an opaque black brew that’s almost indistinguishable from a good cup of coffee. After 6 solid steeps, it began to slowly fade away for another 4-5 infusions or so; never really straying far from its initial flavor.

Peet’s “Ancient Trees” Pu’er might not be all that exciting for knowledgeable pu’er fans, but it’s a very nice introduction to the smoky, spicy flavors found in the world of pu’er. If you don’t care for it at first, give it a couple months to mellow out and come back to it later on. I think I might take it out of the tin and pop it into a little cotton bag I have to give it a little room to breathe.

Having finally replaced my very, very old tin of this with a fresh one, I’ve got to bump the rating up a few points.
It’s smoother, cleaner, more complex, and far better than I expected, in comparison. I didn’t think it had changed too much, but it certainly had.

I’m also getting a note of umami in the aftertaste, which I don’t remember ever tasting in a pu-erh before.

Second Steep:
For the second steep, there’s a citric, almost earl-grey-bergamot sort of flavor in place of the first steep’s umami aftertaste. The earthy flavor is a bit more pungent, fruity, no longer as mellowed-out. The tea went black within seconds of hitting the water, and again only needed a minute’s steep. As one expects from a pu-erh, this isn’t a one-steep tea.

I’ve been curious about Tibetan Butter Tea for awhile; having slowly schooled my Southern self away for drinking the heavily sweetened tea I grew up with, it seemed like it might be fun to try something in the opposite direction. A raging sore throat today made the concept of something hot and full of fats seem particularly appealing so with directions pulled from the internet and no real concern for authenticity and played with the idea. (based on instructions found here: http://www.yowangdu.com/tibet/tibetan-food-recipes/po-chu.html)

I decided to use the second steeping of leaves from the Ancient Trees as the use of a brick tea seemed appropriate, and as Lipton was the suggested tea, something rather flat might be just the ticket. I boiled the tea for about four and a half minutes, strained out the leaves, added milk and butter and about three pinches of salt, and brought it back to a boil, whisking the mixture briskly in place of churning.

The tea ended up with a beautiful rose color and fun layer of foam on top. The flavor was actually pleasant, and I will say that it was very soothing for the sore throat, but no amount of telling myself to think of it as more of a broth than a tea could convince my Southern brain to accept this a sipping beverage…I am, however, excited by the prospect of using this as a base for a soup. I just have to figure out what to put in it.

Peet’s Organic Pu-erh tea brews up as black as coffee, and has a wonderful earthy taste. Hints of moss and bark are just strong enough to contribute texture to the flavor with out adding any bitterness. I take mine with just a hint of sugar.

I haven’t tried many pu-erhs, but this one seems okay. It’s a little bitter for me, but is still earthy. It’s not my favorite, but I drink it from time to time. The earthy taste is comforting sometimes.

The single worst tea Peet’s has ever offered. The taste is of compost scrapings, a day-old coffee grounds, and with a vaguely fishy undertone. It brews blacker than coffee, is almost sludgy and has a bite that almost hurts the pallet.

For $25 for 4oz, don’t even bother wasting your money.

Free cup of tea with my loose leaf purchase. I have had worse pu’erh. This one is nothing special, especially at the price they charge for the loose leaf.

My first puerh and so (biasedly) the most memorable for me. I very much enjoy ordering this when at my neighborhood Peet’s.