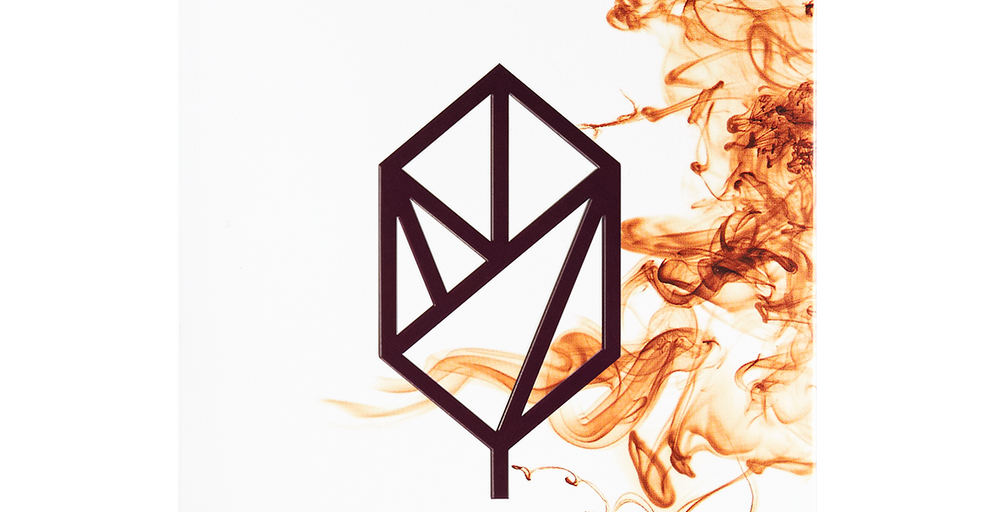 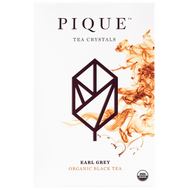 I was quite surprised with this product and will be mentioning it to MANY. I was able to sneak one of their other flavors and will be doing a review of that in the neat future, too, and let me tell you that was impressive as well! Pique Tea is a game changer! There…I said it!

Full review and it’s a lengthy one!
http://sororiteasisters.com/2016/07/24/earl-grey-organic-black-tea-crystals-pique/

Best of the 4 Pique tea crystals I’ve tried. The bergamot level is on the light side, but the black is a noncomplex classic ceylon tasting base. A little bitterness and brisk.

Cool, it is more sweet and bergamot. Also makes a nice latte, but be sure to dissolve the crystals in hot water first if you are doing an iced latte.

I’m planning to do a fuller review of Pique tea, conceptually, when I review the sencha. However, I only had two packets of the Earl Grey and have now used them up, so I wanted to write this tasting note while my memory is fresh.

I don’t drink black tea much. I actually used this to make iced tea for my partner. Same recipe both times: honey in the bottom of a glass, add hot water and mix, add the powdered tea, add cold water, mix. It was quick, easy, and tasty. The bergamot is very notable. It’s not overwhelming or too tart, but it is about half the flavor. The other half is a smooth black base that isn’t particularly complex but makes for a solid iced tea. My partner was pretty pleased with it too.

But, there is one more tea to cover and for that I need the help of my Earl Grey obsessed fiance:

I will admit, I approached this review with some trepidation.

For one, there’s almost eleven months to go until my “traditional” feature on this blog. Amanda wants me to feature more, but I’ll level with you – I’m not sure what I can offer to you guys here. I can enjoy a good cup of tea, and I can REALLY enjoy a low-quality cup of tea, but I don’t have her poetic sense of taste, or her mental library of every sensory experience she’s ever had.

For another, tea crystals. I mean, what? It’s a really strange way of preparing the stuff, and whilst I can see the advantages in some abstract sense (less clean-up than leaves without the problems of bags), I wouldn’t want to sacrifice taste to avoid a little cleanup. Even more concerning – tea crystals have very little smell when unsteeped, so it was impossible for this tea to pass my basic Early Grey test of making people cough.

But never let it be said that I’m not a game sort of Tea Barbarian – I tried a cup. With some measure of trepidation, mind: even fully steeped, at had a very faint aroma, and I was expecting a few bland sips, followed by a heated internal debate about whether to finish the mug or pour it out.

Boy, was I in for a surprise.

The tea has a shockingly rich and balanced taste. The deepness of tea leaves, set off with the sharpness of citrus, without either one getting overpowering or making the other taste bitter. There wasn’t a lot of nuance to its taste, but nuance is largely wasted on me, anyway – I like a rich flavor which is fulfilling in itself and pairs well with any meal I might be having, and this delivered. In short, somehow these crystals managed to be a perfect Earl Grey – in fact, I would happily rank it among my four or five favorites I’ve ever tried! Crystals or no, coughing or no, it’s an excellent tea in a surprising yet convenient package. I can recommend it wholeheartedly.

(I also tried the other two of these teas. It seems like that “lack of nuance” preference of mine may be important here – both were fine, and I didn’t actively dislike them, but they didn’t make the same strong impression that the Earl did, even accounting for my own Earl-oriented preferences.)

I am glad I am able to talk him into more guest posts, I mean he drinks enough tea ;)

Go Ben! You nailed it. Being an Earl Barbarian myself I fully agree with pretty much everything you’ve written.

Pique Tea Earl Grey comes in individual serving packets. There website says they use organic whole leaf teas to brew the tea, then they turn it into crystals. I’m open to trying about anything tea related. My fear was this would be similar to the Nestea I drank in my misspent youth. I promise you, this tastes nothing like that stuff.

I used 8 oz of 205F water. The crystals dissolved immediately without the need for a spoon. The color was a beautiful Burgundy. Just a light bergamot fragrance. The taste was far more citrusy than I expected. What impressed me most was I could tell they used a Ceylon base. It has that brisk bite of clean almost tart astringency that I crave in my Earl. How they managed this I have no idea.

While sipping the cup I hit upon an idea to test the limits of the crystals. I grabbed a bottle of water out of the fridge and added the contents of a packet. Replaced the lid and shook the bottle. After a few moments I had an icy cold bottle of Earl Grey. It was a 12oz bottle but really didn’t seem weak.

I look forward to trying their unflavored teas to see if they capture the taste correctly. For now, I’ll say this Earl Grey was extremely convenient especially for on the go drinking and I thought it tasty both hot and cold.