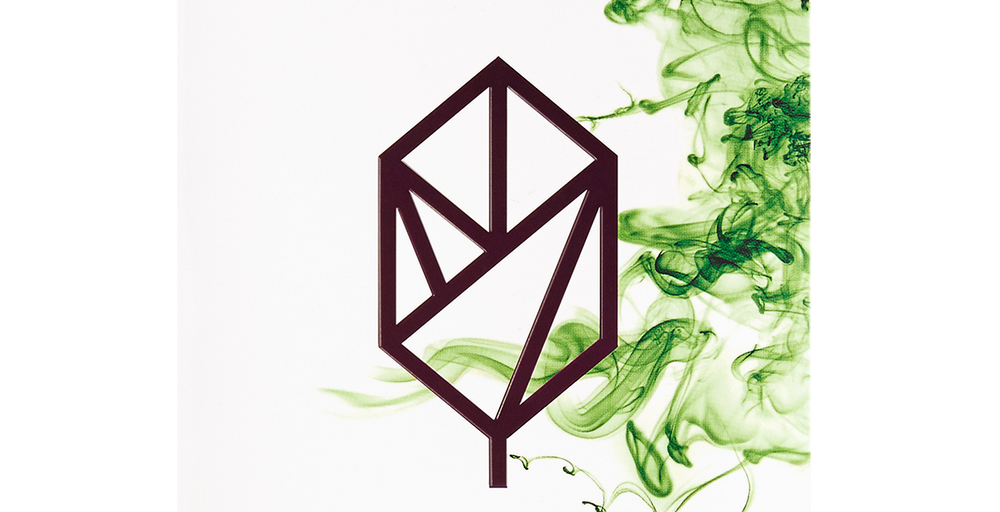 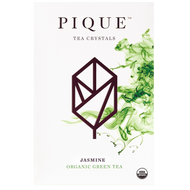 Handcrafted from organic whole leaves by our tea master, Pique Tea crystals are an exquisite, nutritious tea in a modern sachet. Simply open and stir with warm water for a perfect cup anytime, anywhere. www.piquetea.com

One of the best (maybe 2nd best) of the Pique tea crystals I tried out of 4. The base is green tea, the jasmine is light, with a peachy floral vibe and a bit of dryness. It is way light for a jasmine tea though, it is certainly for someone who wants a green with a hint of jasmine.

Today I am looking at three different teas of a completely different sort than I usually examine, with some help from the Tea Barbarian (aka Ben) since he is my in house expert in all things Earl. I was contacted through Instagram by Pique Tea to try their tea crystals, and I admit I am enough of a tea snob at this point that when I first saw it I was tempted to go a big nope, but I was curious so I investigated further. Unlike the ungodly gross instant tea I occasionally drank in moments of desperation when I was a youngin’ this is organic whole leafed tea, sourced by Roy Fong (of Imperial Tea Court fame) and then crystallized. No sugars or grossness, in theory this is just dehydrated brewed tea waiting to be rehydrated. Kinda sci-fi and I like that, but at the same time and with this introductory caveat I am not sure this is the tea for me, regardless if it is the best thing I have ever had or any spectrum in between. A huge part of the enjoyment of tea for me is the sensory bliss of examining the leaves, the process of brewing (one of the reasons I favor Gongfucha so much) and while I would not go as far as to say that tea is spiritual for me, I wouldn’t say it isn’t either. And while the tea crystals are incredibly easy to brew, they do take what I consider the most fun part out of the equation. But, enough of that, time to find out if they are any good or not!

I tried the Jasmine first, a green tea that has been scented with jasmine, so yay for not blending jasmine oils in with the tea. The crystals themselves have a fairly faint aroma, granted I didn’t want to accidentally inhale them so there was not the full on piggie searching for truffle snuffling that usually happens with leaves. Once I poured the hot water onto the crystals the aroma became very strong of jasmine, its heady scent wafted out of the cup and around my tea-desk like a flowery fog.

The taste was decent, I was not hugely wowed, but in this tea’s favor I have not been wowed by a jasmine in a long while, part of me thinks I have just gotten over jasmine in favor of osmanthus, rose, and tangerine blossom. The jasmine was quite strong and it didn’t taste like perfume, it tasted like flowers with a light green tea base, nothing really stood out as spectacular or awe inspiring. It was very convenient for a quick brew before dashing out the door to run errands, and chilled it becomes a bit sweeter.

I feel like I have too many things going at once and I am not doing any of them justice. I’d give you a list but I’m sure you have your own. Tea is on the list. I don’t seem to have time to drink just for the enjoyment much less serious meditation on the cup for reviews. With that in mind, I have been enjoying the alternative brewing methods that have come my way lately. Of these Pique tea is the simplest and most convenient. Cut the individual serving packet open. Pour the crystals in the mug. Add hot water (or add to cold bottled water). Drink. Except for RTD there is not a simpler method out there. Unlike almost all bottled RTD there are no piles of sugar added. Pique says they use only organic whole leaf to brew their tea before crystallizing it. While it is essentially instant tea, it is unlike anything remotely instant I’ve had before.

This is a scented green made with jasmine blossoms (not flavored). It has a very natural jasmine fragrance. The brew is golden in color. The taste is sweet, floral, jasmine. It is not overly intense but definitely not a wall flower. If you want a mellower cup add more water. The green tea jumps forth halfway in the sip and finishes with a clean bite. The aftertaste is sweet, grassy, and lingering.

This is really pretty good. Better than any bagged jasmine I’ve had. As good as many loose jasmines I’ve tried. The however here is if you are accustomed to the higher quality loose leaf, the crystallization process does seem to scoop some of the nuances out of the middle of the sip. If you need something for everyday on the go drinking, or a convenient fast way to have tea in the office, in my opinion this would be a solid one to try.

i hope things settle down for you, i am with you in that boat!

The simplest sip is sometimes the best.

Sil my days busyness pales in comparison to your’s. Somehow being retired I had the impression I would be staring out the window all day. Sometimes I wish – not really.