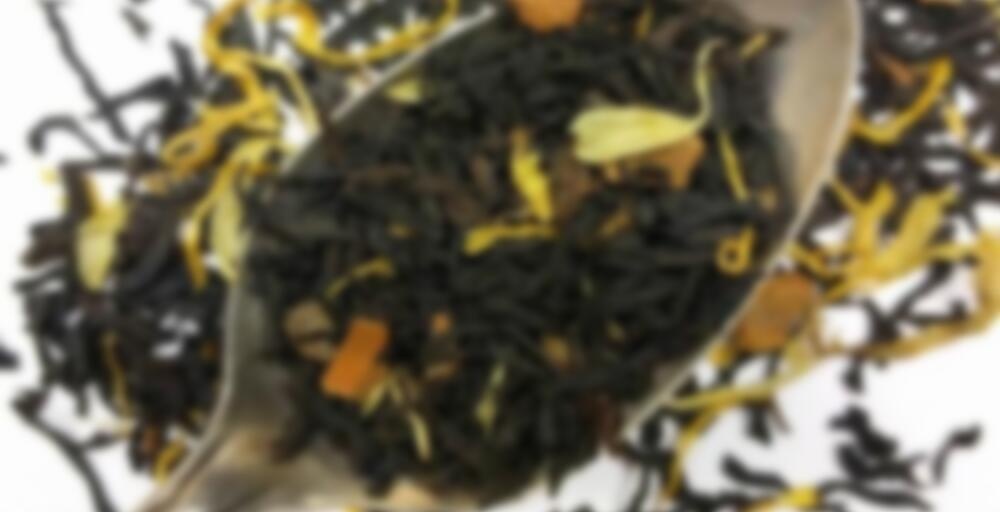 by Plum Deluxe
75
You

Given the state of world affairs, we thought you could use a good cup of something with no expectations attached — hence the aptly named No Obligations blend, a roasted almond tea with hazelnut/cinnamon. We use a fresh, vibrant decaf Ceylon black tea for the base and add both hazelnut and almond extracts with some spiced cinnamon, a pinch of cocoa nibs, and a creamy vanilla.

The result is a cup that will wrap around you tighter than your granny’s arms. Sip and relax, knowing that you’re doing the best that you can and that taking a moment for yourself is always a great idea.

I absolutely love the name! A few years back, a friend of mine was feeling so overbooked, she told me, “I would give anything to have a calendar with no obligations written on it.” So I paper-crafted her a calendar that had 12 different pictures, but no dates on the bottom half—just empty squares. She tells me it’s still in her office :)

Decaf teas almost always have a weirdness to them. This has that weirdness. It’s like the metallic briskness at the end of the sip that mediocre black teas get. Other than that, this has some vanilla but if I want a good decaf vanilla, I’m going with Harney’s Vanilla Comoro.

Plum Deluxe Advent Day 10
(backlog)
Another nutty decaf tea? Meh. This one actually smells really good- like the cinnamon coated almonds I used to get at Ren Faire. I’m tasting too much of the rooibos- not quite sure why it’s necessary here. Cinnamon, almond, rooibos. Not much orange.

I’m with Mastress Alita in saying, another nut tea already?! They could have at least spaced them out a bit more…

This is fine, but the flavors are a bit muddled. The hazelnut is definitely the strongest, followed by almond and cinnamon. Then there’s some other stuff muddled up in the background, I think it’s the black tea combined with rooibos, maybe the orange peel? I don’t know, something about it tastes a bit overdone. Plus it doesn’t help that I just had a very similar tea from them two days ago, so I’m a bit over it at this point. I’m also getting a bit of astringency from the base that is not enjoyable.

Anyway, the nutty and cinnamon flavors are quite pleasant. The rest is meh!

This smells good! I’m getting an almond flavor with cinnamon. It looses some of it’s depth as it cools. It still smells pastry like. I bet it would taste better if I added sugar, but I’m not dedicated enough to venture ALL the way into the kitchen to make that adjustment. I am liking having a decaf cup of evening tea!

This wasn’t bad. I like a caffeine free tea in the evening, but usually they are herbal or honeybush or rooibos. So a black tea is different.

This isn’t strickly a black tea though. It is flavored, and I kinda like the flavor profile. Sorta chocloate-y, sorta vanilla-y, with an underlying nutty note. I did enjoy this one. Maybe some day, like 5 years from now, I will have drunk a substantial bit of my tea drawer and have room for more. This could be an order at that point.

I think I’d buy this one based on the title alone!

I kind of lost track of my steep brewing up a little pot of this as my night tea tonight, so I hope I didn’t turn it astringent. If it is… totally my fault!

The dry leaf smells very nutty, and I can’t help but feel like Plum Deluxe has laid heavy on the nutty flavors for quite a few days in a row now… brewed up, I’m finally getting some cinnamon presenting in the aroma, reminding me of cinnamon covered almonds from the Farmer’s Market (man I love those!)

It tastes pretty smooth (phew), very nutty, with a subtle hint of sweet cinnamon and vanilla. I’m not picking out much from the base tea itself under the flavorings, aside from a general breadiness. It’s a pleasant cup, like a nutty bread with a light dusting of cinnamon; maybe just a tiny bit drying after the sip, and a slight bitterness like biting into dry nuts.

I like it, but I think I’m ready for a new flavor profile!

Enjoyed this after a stressful Saturday (hey, I’m a mom, Saturdays aren’t days off!). It is definitely cozy and relaxing! The chocolate and vanilla notes are definitely present, and I think the hazelnut probably contributes to the chocolaty “feel.” I am not aware of any flavor from the orange peel, but I’m sure it’s contributing to the background flavor. It’s just a touch flat tasting – in all likelihood, the problem suffered by most decaf teas in my experience – but still delicious and comforting. I added a fair amount of sugar to this – I don’t think you need to do that, but it just was the mood I was in. I’d like to try this one as a latte!