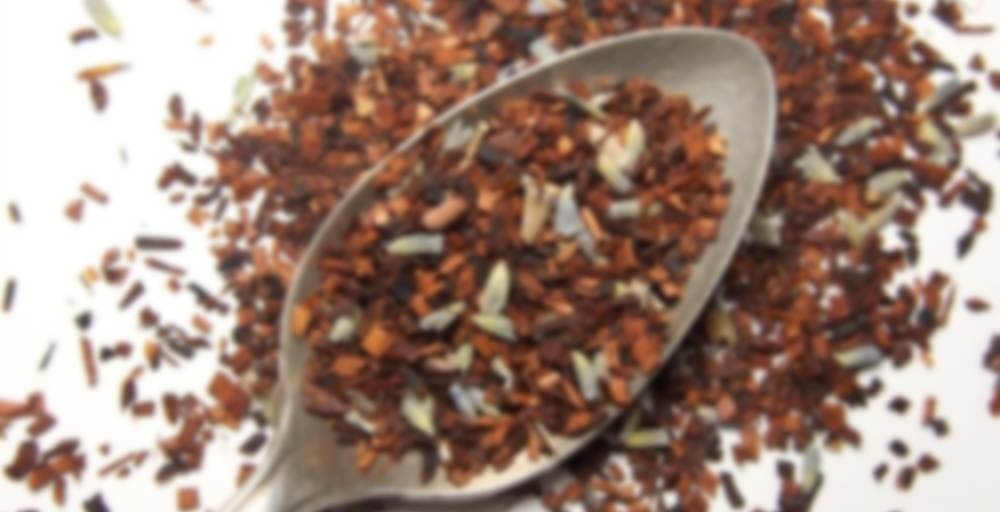 by Plum Deluxe
70
You

When we launched our line of hot chocolate blends, we found our favorite flavor was chocolate and lavender. The rich decadence of the chocolate was enhanced by a tiny flourish of floral calm. So that’s when we realized it would make the perfect herbal tea!

Everything feels easier after a calm cup of this blend. Honeybush tea and cacao nibs are paired with fresh Oregon lavender to make a dreamy cup of perfection.

All Plum Deluxe teas are hand-blended and infused with love in Portland, Oregon. Each 1 oz tea packet makes 15-20 cups. All organic ingredients — no sulfites, no artificial chemicals, non-GMO.

I wanted to like this tea. Unfortunately, the chocolate-lavender combination is not working for me. It tastes artificial and weak. I think the tea would be better if they reduced the amount of chocolate and increased the lavender.

I’m having this with milk, and it’s quite the tasty combination! Gentle chocolate and a nice strong lavender. The rooibos complements everything well. Don’t go in expecting rich chocolate because that’s not what this one is going for. Its gentle flavors really, really work for me. The second steep is as tasty as the first.

Received this as a sample with my advent order, and though I usually really love lavender and chocolate paired together, this just isn’t working for me. The chocolate is pretty synthetic tasting, and the addition of the lavender is not helping things.

I received this as a sample from Plum Deluxe some time ago, only now getting around to it. I love chocolate and lavender as a flavor combination but have never seen any tea go down that route and was excited to see they had a chocolate lavender tea so of course I selected that as one of my samples to try. Thank you, Plum Deluxe! And this is a lazy, Sunday morning, so it seems appropriate, even if I do usually reach for caffeinated tea in the mornings and reserve my herbals for the evenings. I felt the mood for this and a cookie for breakfast… the sweet hankering hit me hard today, I guess!

I didn’t really like the aroma from the dry leaf, which smelled a bit artificial/alcoholic in the bag around the chocolate. But brewed up. that isn’t really coming out so strongly as it was letting off. The chocolate is a bit liquer-like when it hits the back of the tongue, but also more fudgy, in both aroma and flavor, but the lavender is a nice, strongly floral note that helps balance out some of the artificialties of chocolate-in-a-bottle flavorings. It carries a lot of weight here. The tea is fine on its own, but I think it would probably do a little better as a warm latte, as I think the creaminess would help it even more. Doubly so with a chocolate almond milk. That may be what I do with it next time.

So, I think the chocolate flavoring could be a bit better, but I am certainly happy there is a chocolate/lavender tea out there to scratch that itch, since it doesn’t do a terrible swing at it and I think it could be even more workable in a latte form.