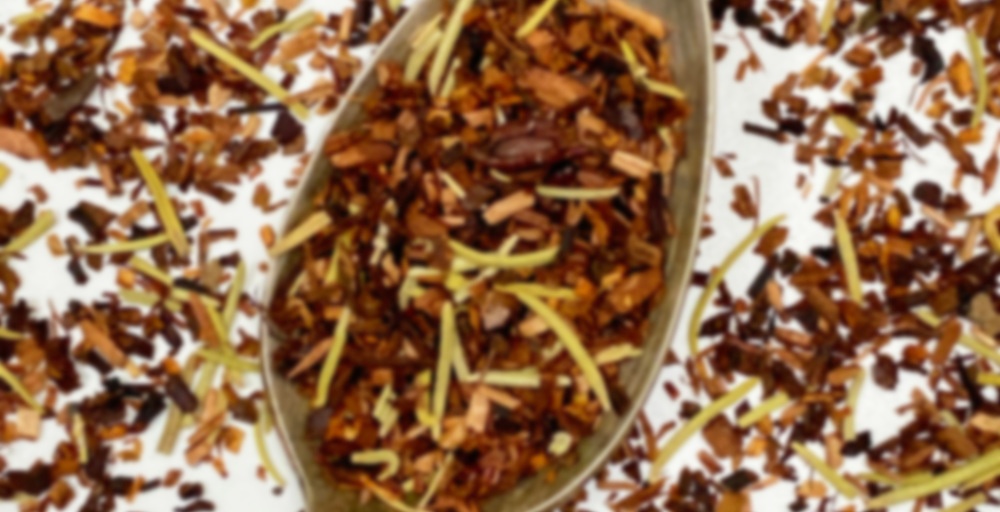 by Plum Deluxe
77
You

If you haven’t discovered the taste bud blessing that is savory + sweet, let us introduce you to our chocolate rosemary caramel herbal tea. We were enjoying some rosemary infused caramels in our office one day, and found they paired delightfully with chocolate chips. They were so good, in fact, we decided they’d be amazing in tea. It’s got hints of herbaceousness, hints of sweet cocoa and caramel (burnt vanilla), with both honeybush and rooibos tea for balance.

Takes well to milk or creamer. Adding a touch of sweetner, like our honey dust, will accent the chocolate and caramel notes.

Had this at the start of the week.

I picked it up from Plum Deluxe because I do tend to like herbaceous teas a lot, and I thought the combination of chocolate and rosemary was very unique sounding. The rosemary ended up being a lot stronger in the steeped taste than I would have guessed it would be – even outweighing the taste of the chocolate, but I liked it a lot. There’s a beautiful pine-y flavour to rosemary that makes my heart sing and I also think it works quite well with the more nutty and woody flavoured of the honeybush and rooibos in the blend.

I didn’t really get caramel at all and to be totally honest I was skeptical that I would given how strong both of these two other flavours (chocolate/rosemary) can be, and how hard it is to execute a caramel flavour in a tea blend in the first place. Most of the time it just comes off as sweetness. The chocolate was nice – not too strong, and I don’t love chocolate in general so I thought this was the right balance of chocolate for me personally. I do think anyone ordering this because of the chocolate might feel a little bit let down, especially if the idea of strong rosemary is a cause of trepidation for them.

I’ll finish this easily, I think – but may not be something I look at replacing.

I considered ordering this one during my last purchase, but based on your review, it doesn’t sound like it would be the tea for me. Good to know!