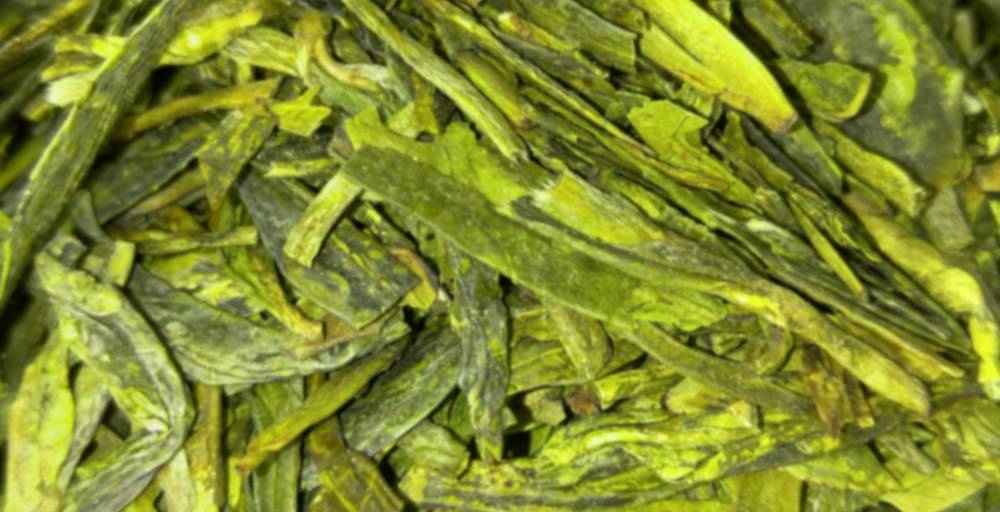 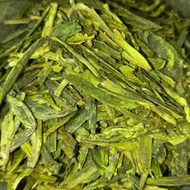 by Premium Steap
--
You

This tea reminds me a little of a decent Longjing. I brewed this half way between a Western style, and Gongfu style by using a a Forlife brewing basket in a 16 oz cup with 7g of leaves, filling it about 1/3 of the way. Just a little more than covered the leaves, so about 200 ml. I did a super quick rinse and got decent flavor out of it for about 5 brews and a ghost of itself (albeit, still tasty) after that.
At lower temperatures(160F-165F), on the first couple of steeps, it starts with a light floral flavor. Something that I find desirable and that I associate with greener Oolongs. This flavor seems to dissipate after a couple minutes of hanging around in the cup. At that point it has more of a vegital sweetness, with a tiny touch of bitterness. Like freshly picked asparagus that has been thrown on the grill just long enough to eliminate its raw astringency, and pick up a the slightest hint of grill marks.
At higher temperatures(180-185), there is no floral element to it. The predominant flavor is vegital, the sweetness of lower temperatures replaced by stronger tones of uncooked veggies. There is also a touch of Nori, similar to that of a Japanese green. but just a touch. I like the result of the higher temperature steep but my preference is definitely for the lower temperature.

For cheese pairing, I mostly used the lower temperature steeps. No home runs, but there were two pairings that were good and point towards pairings that may be great.
The first was a goat cheese from the Liore Valley called Valancay. This is the pasteurized version that they send to the USA. (It’s illegal to import raw milk cheeses aged under 60 days here.) It’s a pyramid shaped cheese, covered in ash. This piece was aged just the slightest bit (the age makes a big difference with this one.) There is a yeasty element to the cheese, that starts to form a white wine flavor (along the lines of Vouvray or Voignier) from the paring. The cheese does overpower the tea a little. I’m pretty sure that if an extremely fresh goat, (If you can get a raw pasture raised one, where the goats weren’t eating anything too strange, that would be best) just a couple of days age, were used, it would would bring this pairing to its full potential.
The second hopeful was a couple of washed rind cheeses. Delice de Jura is a pasteurized version of the raw milk Reblechon AOC, which is contraband in the USA (once again, thanks FDA.) It acualy tastes halfway between a real Reblochon and the stronger Alsatian Munster, as the wash rind flavor is more prominent than in Reblochon, and it lacks the thin white mold that covers real Reblochon. The pairing brings out the sweet vegital flavors in the tea. I also tried the tea with Le Burgond, a raw cow’s milk semi-soft cheese made in the style of Morbier, but from Burgundy instead of the Jura, where Morbier is from. (Similar to Raclette or Fontina Val d’Aosta) The tea brought out a nuttiness in the cheese. It was a decent pairing, but nothing that floored me. Once again the cheese being a little bit too powerful for the cheese. This leads me to think that the ideal pairing would be real Reblochon AOC. I would go for one that is on the younger side, right before the youthful lactic acidity has left it completely. So, I humbly request that someone out there, in a country that doesn’t have twisted regulations on raw milk cheese, give my suggested paring a try for me!
I also tried this with basic double creme Brie, 3 yr Gouda, Roncal DO, and Idiazabl DO. No flavors mingling there, with the Idiazabal being a bit odd of a combination, not in a good way.