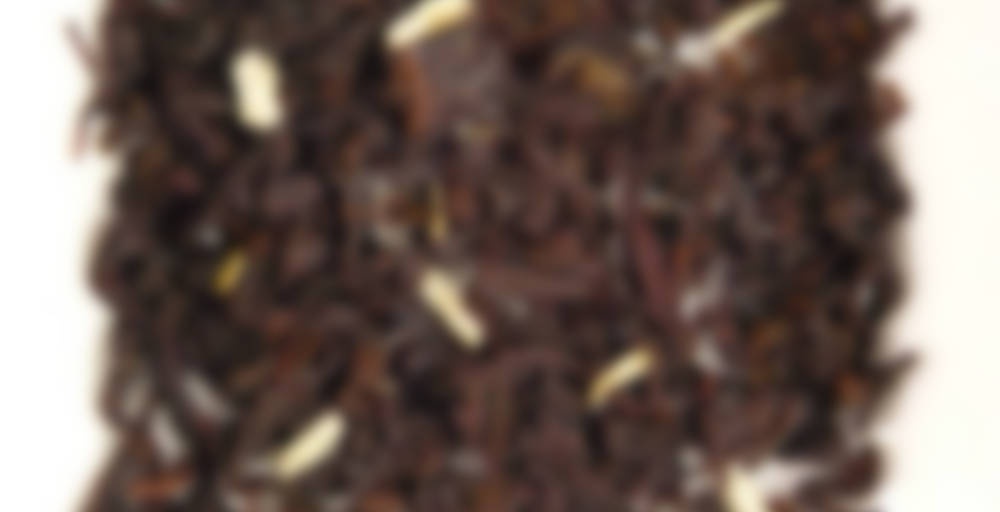 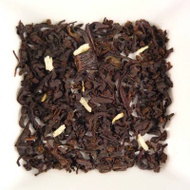 A thumbs-up to mtchyg for this sample. I’ve been running around an arts festival in searing heat + rain (am I sweating? is this rain?). I needed to work on some projects in the air conditioning for a while with something straightforward.

This is a creamy black tea with lots of vanilla, a sashay of coconut, and an earthy chocolate note at the bottom.

It’s like Boyz II Men. A lot of light fluttery stuff on top with that rich bass note grounding it. If you don’t remember Boyz II Men, you missed out on a fine cultural experience. In fact, I recommend going on YouTube and familiarizing yourself with them so you can fully grasp what I’m saying about this tea.

Oh, and another thing: PrestoGeorge is a great name for a tea company. It sounds like the name of an elderly magician. An un-creepy grandpa who does basic magic tricks at all his grandkids’ birthday parties. He has a little sign he carries in the back of his car that he props up against a table. The sign depicts a rabbit in a hat, though he’s never incorporated any living animal into any of his tricks. His kids (the parents of his grandkids) are like “oh, Dad, AGAIN with the MAGIC?” but secretly they LOVE it.

Close your eyes, make a wish, and blow out. the candle. light. Boyz II Men were my spirit animal in 5th grade.

This tea also makes a good iced tea as well.

And yeah, PrestoGeorge. I’ve always wondered who George was and how he came up with PrestoGeorge. I’m sure his wife or something was like, “It’s right in front of your face, George! No. No. Right HERE! PRESTO, GEORGE! You blind sonofabitch.” And he was like, “Eureka! My company name! That’s it!”

Glad I/we could make you laugh. Super Starling! and I are currently putting together material to create a stage show. It’ll be a fantastical duo. Mostly we’ll review teas. But LIVE! And ON STAGE! Maybe with fancy lights, confetti streamers, and smell-o-vision scent emitters to capture the smell of the tea. Like they do at Disney. But… with tea…

This is the best idea ever. Please let’s do this.

I’m in! I mean, do I look like the type of guy that would kid around about Live On Stage Tea Reviews? Psshh. No.

There’s nothing at all special about the base of this tea. Except for a slightly dry taste at the back of my throat and an aftertaste of pennies, I could almost be drinking water. There may be a slight toasty flavor, but I’m thinking that is coming from the toasted coconut.

Now the flavoring on this tea is excellent. I love coconut so much that I don’t mind a sheen of oil at the top of my tea in order to taste it. The vanilla mixes well with the coconut to give the cup a creamy, coconut pudding kind of flavor.

I won’t mind drinking the rest of what I have in my cabinet, because the coconut flavor saves this tea, but it’s not something I will get again.

Received this in a swap with mtchyg awhile back. I wrote down notes but then lost them until today, cleaning out my little nest in the living room. :)

This was a more natural coconut, not really a creamy coconut. This isn’t a stand out base but it’s not a bad tea overall. There is definitely coconut in it, pretty sure there was some coconut oil on top in my cup. Happy to have tried but it won’t replace Zhi’s coconut black in my cupboard.

For a cheaper tea, this is consistently delicious and not bitter if you brew it right (2:30 first steep, 3-4 minutes second steep). Light coconut flavor, smooth black tea.