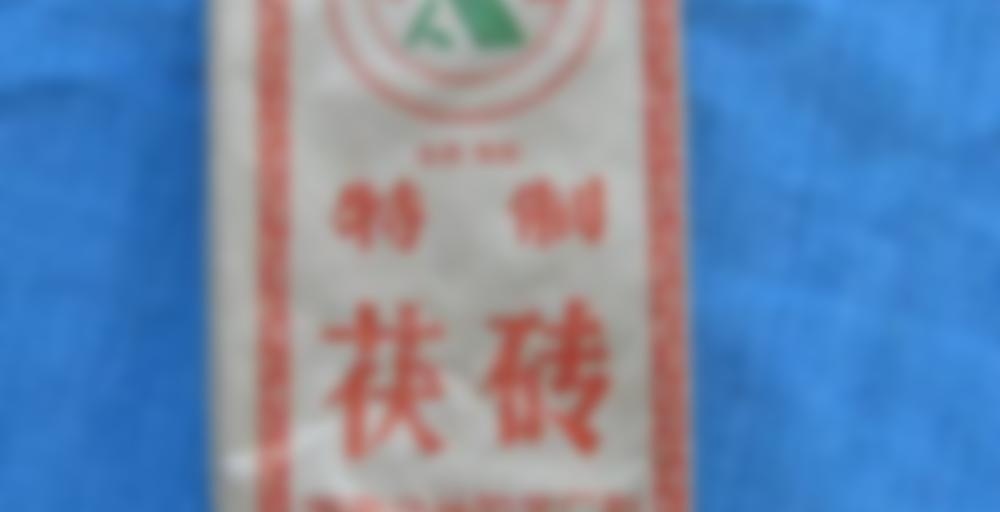 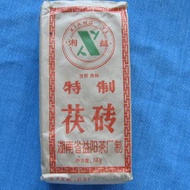 This brick was made by Hunan Xiangyi Tea Factory, the flagship company of Fu Zhuan, for Tibetan and Mongolia people who just love it – cannot live without this stuff. Low cost does not translate into low quality here. It is traditional to make a Fu Zhuan with all stems and leaves chopped up. It’s best to drink it after a heavy meal, for example, a greasy steak or BBQ.
Now you have the opportunity to taste a genuine Tibetan & Mongolia tea.
In a research conducted by Jananese, Hunan Fu Zhuan cha is the most effective one, among all teas, for weight loss. In Korea, Hunan Fu Zhuan cha is prompted as a beauty tea for well being.

A sample from Puerh shop. Brews up a dark amber brew that is surprisingly light and fresh for its color. While Fu Zhuan is described as being fermented or cooked, it has a freshness and a slight hay like taste more commonly associated with green puerh yet at the same time a smooth richness and sweetness which is more common among ripened puerh.

I realy enjoyed this one also tho it wasnt like most of the puerhs that I like, I was suprised by the yellow mold stuff on the inside because I just didnt know anything about it before I ordered it had a nice price so I grabbed it then i had to research it. Unfortunately I had to give this one away because of concerns about the yellow stuff, its like a mold or something that i think they call yellow flowers from what i read about it online and it is considered a good thing but my husband is ill so I had concerns about him breathing in the yellow stuff not sure if it would hurt him but i didnt want to take that chance so i passed it along to my brother who drank it up alot faster than i would have so it was well enjoyed. Then wouldnt ya know 2 months later with a new order i was sent a free sampler of it again so my brother got some more, lol. i dont remember how long i steeped it because it wasnt with me very long i only had it once.