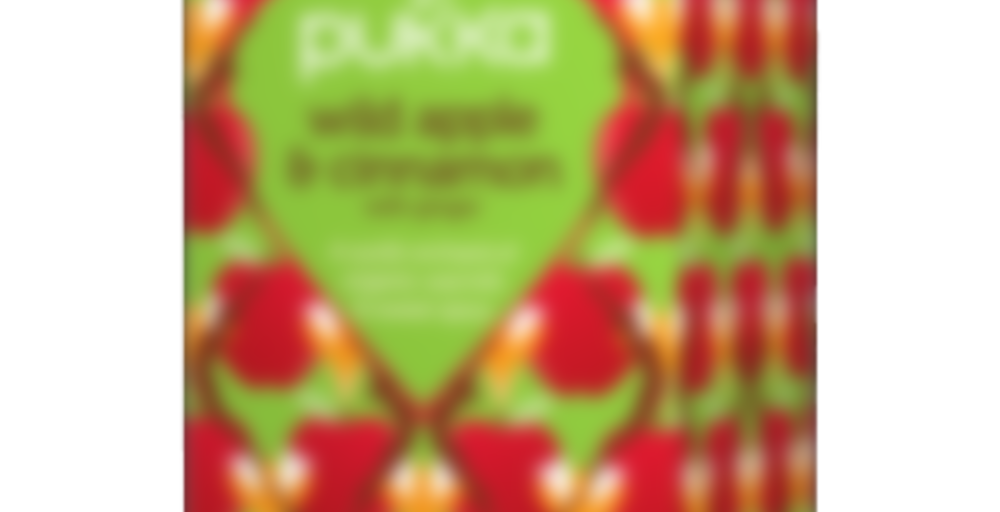 Recommended steep time is up to 15 minutes.
Naturally caffeine-free and ethically sourced, 100% organically grown ingredients
Wild Apple & Cinnamon tea, a sunlit orchard of organic warmth & sweet spice. Dance in the wild orchard,
A sun-drenched orchard and you dance with delight, as cinnamon tree branches swirl overhead. One moment, a jive of ginger root and spicy clove; the next, chamomile flowers and sweet orange cushion your step. Slowly, you come to rest – as a wild apple tumbles softly to the ground. Let your cares go and travel free.

Tea with Apple and Cinnamon Flavor

Lemon & Ginger with an Apple twist

As today´s tea from the advent calender is an “after dinner” tea, I picked one from the ones I missed at the beginning.
Wild apple and cinnamon…cinnamon clearly present in nose, apple not that much. Once brewed, the apple comes through, but far less than what I had hoped for. In taste, it´s not a bad blend, but it seems almost the “low taste” version, as if it was stronger before but had been left open for a while. I like fruit teas to have a clear and definite even strong character, and this isn´t the case here, I´m afraid.

Got another bag from postcrossing, back in May.

Oh well, I don’T know if I have steeped it for long or what was wrong, but I noticed only sweet licorice and hints of apples. No ginger nor cinnamon. Apple/Licorice. Uhh, what a dismal!
Dropping from 70 → 60