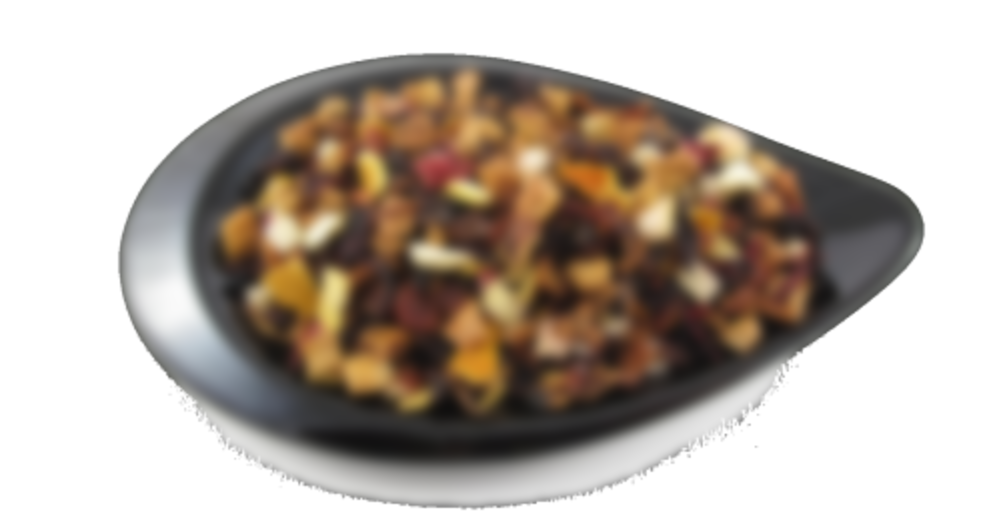 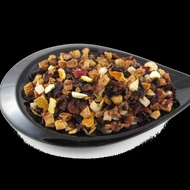 Naturaly caffeine-free, Passionfruit and Orange Fruit Infusion can be enjoyed at any time of day with no fear of being kept awake. This is and infusion that delivers a punch of tropical sweetness that hits all your senses as soon as you open the pack.

To brew, put one good tsp of Passion Fruit and Orange Fruit Infusion per person in a teapot or Mug Infuser. Add fresh, boiling water. Brew for 4 mins and serve without milk. Some people prefer this infusion with a little sugar or honey to balance the sharpness and bring out the passion fruit flavour.

mmmmmm i am enjoying this one tonight. I like that this has both passionfruit and orange in it, and both tastes carry over to the brew itself. It’s a little tart but not overly so, and i suspect adding a bit of sugar would turn this fruity concoction even tastier! I think this would be a nice addition to the cupboard for summer time cold brews, though i haven’t yet tried it cold :)

I tried this earlier and found it a little too sharp/sour so I decided to make the rest of the pot into iced tea. Just spent half hour preparing tonight’s dinner (mushroom potato bake) and the weather is very muggy which is making me sweat, though this has only been fridged for a few hours I decided to have it anyway. Anything moderately cold right now will be a saviour. Plus I’m a little P"ssed at my husband, he showed no appreciation towards me preparing dinner at all, conversation was “What’s for dinner?” “I made mushroom potato bake, took half an hour of prep time but uses up some potatoes at least”. He looks at the bake before I put it into the oven with a very blank expression and says “ok”, then he turns around and goes to his laptop. :/ Plus I did several lots of clothes washing and drying today which was another “ok” reply, no thanks or anything. sigh.

Pff! Underappreciation for sure. If someone could come here and do my laundry and fix dinner for me right now I would probably weep out of sheer gratitude.

Anna, I feel the same way!

In my household I cook if someone does the dishes. I don’t have to do dishes much though as I am the one who whips the meals up. No recipes just try to create. Kitty sometimes us old men can be a little preoccupied with things and therefore don’t always at the moment appreciate things. I am sure he will come around. We are just a strange breed us men are…

We’re all human. Men don’t have more of a right, nor a propensity to be ‘preoccupied with things’ than women do.

No offense meant to anyone.

None taken, but I still don’t buy what you’re saying, nor that men or women would be different ‘breeds’.

He thanked me after he ate dinner and said it was very nice. He even offered to make a pot of tea afterwards so he probably sensed I was non too pleased with him. Things worked out in the end :) Now my focus is on my driving lesson later today. Very nervous!

In my house the boyfriend-creature and I each do our own laundry and split the cooking and cleaning chores – might be something to consider in the future. :)