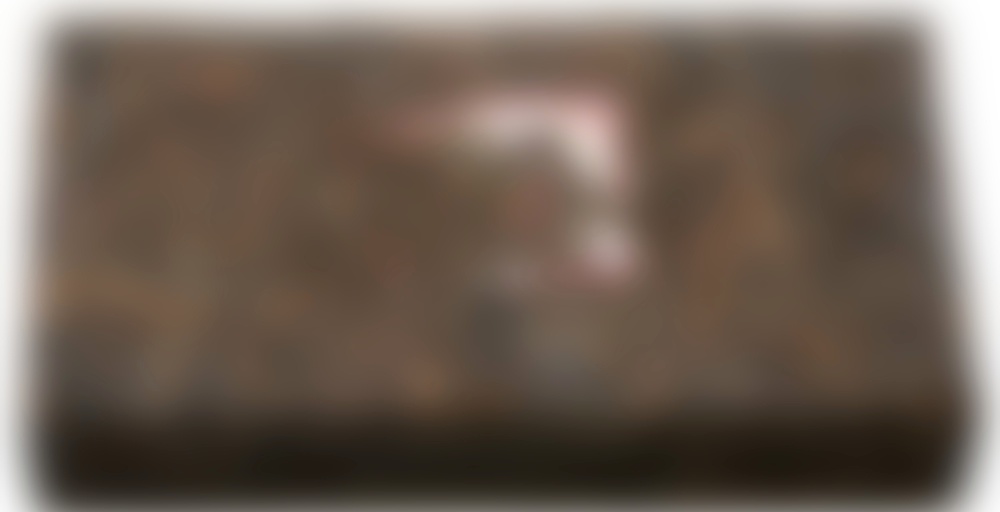 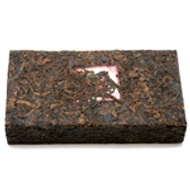 This very large 1000g collector teabrick comes from the famous Nan Nuo Mountain in Xishuangbanna, Yunnan. This very rare, limited edition brick is made from wild ancient puer tea trees that are 500 to 800 years old. It is very soft, smooth, gentle and refreshing. The color is a crystal clear light amber. It is a great tea to drink now, and is also a good tea for aging. The Jin Yu Xuan company, only produces a limited amount of tea a year. Only a few companies use real ancient tea trees to make black puer.

This was a tea that was as phenomenal tasting as it’s price tag. This tea was sweet from the start with zero bitterness. It had very little in the way of fermentation flavor, I really barely noticed any. That fermentation flavor that it did have was not in any way unpleasant and certainly not fishy. There was a fruity note to this tea early on. I think the word dates would work to describe it but other fruit descriptions might be possible too. This is a very expensive tea when you look at the overall price of $550. When you break it down to the price per gram it comes to 55 cents a gram. I used approximately 10g for this session so the cost of this tea session was $5.50 approximately. When I look at the cost like that it doesn’t seem so bad. This is supposed to be ancient tree tea from tea trees in the range of 500 to 800 years old. As to this I have no way to be certain obviously. It comes down to whether or not I trust the seller. And as Larry has always been truthful in the past and sold me nothing but really good tea I tend to believe him. I suppose it would be possible to find information on the Jin Yu Xuan Tea Factory and confirm but I don’t think that factory has an English language website if they have one at all. I do know they are a fairly small tea factory. Very few companies produce ancient tree shou in the first place. This just may have been the best shou puerh tea I have ever drank. I would recommend people buy a sample of this but he doesn’t sell samples on this one, you have to buy a whole brick or get a couple people to split it with you. I steeped the leaves eighteen times and they were pretty much played out. I will probably go back afterward and boil the leaves for ten minutes to get the last out of them. Again, I think this was probably the best shou I have ever drank. I think it is slightly better than the 2006 Jin Yu Xuan tea cake that I reviewed last week. I have another tea from this tea factory yet to get to, a loose ripe from 1999, also supposed to be ancient tree although on that one they didn’t specify the age of the trees. If anyone has not bought from purepuer I can attest to the fact that they sell good stuff. I have bought maybe seven or eight ripes from them and all were between really good and phenomenal. I have bought a few of their cheaper sheng and they have been good. I have not bought any of their expensive sheng. This is a company I will certainly buy from again but they rarely get new teas in so it may be a while. In particular a tea called the 2010 Tong Qing Hao ripe is really good but somewhat expensive at around $90 if you want to try something from them. On that one I believe they sell sample sizes of around 2 oz. The basic concept behind purepuer is that they only sell tea from the unspoiled places in China where they have clean water, no air pollution, etc. This is probably why they seem to only rarely add to their inventory.

Extremely Well written man! :D great job! i wish i could try some…