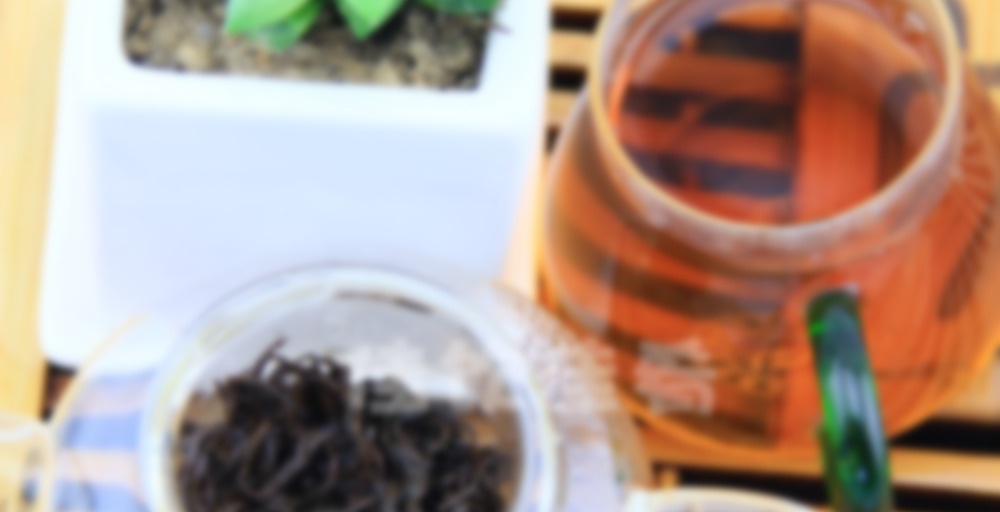 This tea doesn’t live up to the quality of the other Laoshan tea I have. It requires hotter temperatures and longer steeping times, but it does have one of the strongest honey notes I have had in a black tea. The honey tastes like honey spread on bread, not a faint suggestion of dissolved honey water.

The tea itself has thick brown to golden brown curls. I brewed it at just under boiling and let it steep for 5 min. The resulting brew was a mid reddish brown.

When hot the first note is of hot rolled barley flakes, followed by cocoa and cherry, malt, and honey. As the tea cools the honey becomes more dominant the grain note fades a little bit, and spice notes of nutmeg and cinnamon occur.

A good tea, but not a favourite, I prefer my other Laoshan to this one. The strong cereal notes make it a unique addition to my cupboard.

Terri made a comment last night about LB which reminded me i have a number of samples from YYZ which are potentially similar in profile to LB, that i’ve been hoarding. So i think this weekend is going to be the weekend to bust them out and get cracking on some tasty sampling! This one smells like LB. My first inhale was like ooooh almost LB. However, the initial sips of this are very different. There’s a malty sweetness to this that really IS like honey spread over bread – YYZ’s words not mine but i totally see where that comes from. This is a pretty tasty cup! Different from some of the other teas i’ve tried and really nice this morning with the cooler temps happening outside that i love.