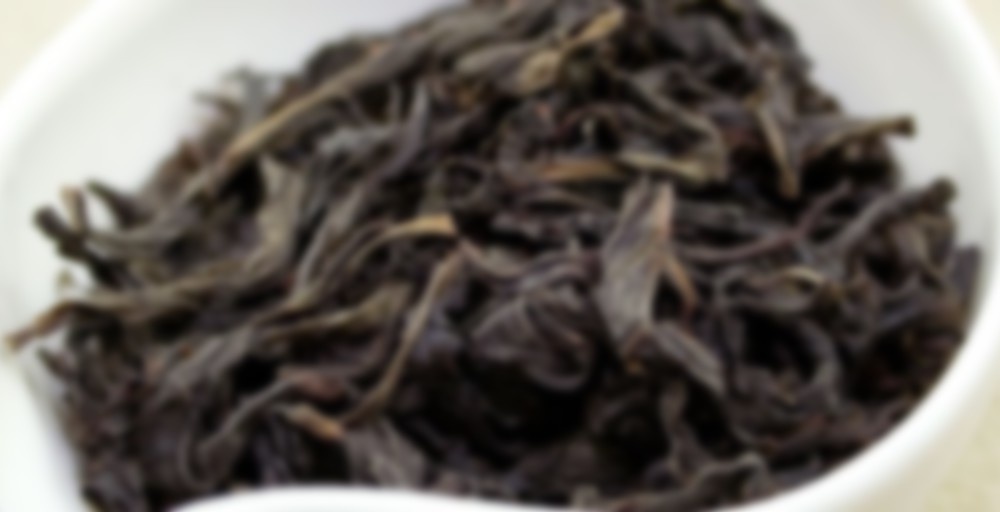 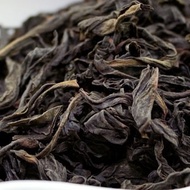 by Red Blossom Tea Company
80
You

So named because a Tang Dynasty scholar on his way to the Imperial examinations made tea from its leaves – and was the only scholar out of two hundred to pass the exam and awarded the imperial scarlet robe. In gratitude, the scholar wrapped the tea plant in those same robes.

Grand Scarlet Robe, or “Da Hong Pao”, is the holy grail of Wuyi oolongs. There are only a handful of mother trees in existence, producing scant kilograms of tea each year. Very rarely does this tea make it to the open market, but when it does, auction values can reach $900,000 per kilogram, as in 1998. As tea buyers, we search incessantly for tea trees that are the closest in genetic make-up to these rare mother trees.

In May of this year, we found a “Zheng Cong” grove in the Wuyi Mountains. The cultivar is “Beidou”, one that many in Wuyi Shan agree is the direct descendant of the original Da Hong Pao plants. We acquired several kilos of the tea, had it carefully hand-crafted using strictly traditional methods, and then took the result to our roaster to receive several layers of traditional “heritage” charcoal roasting.

The result is our best Da Hong Pao to date. The initial brew releases the intense toffee and caramel notes from the charcoal roasting. But it’s the balance of the tea that sets the Heritage Beidou apart from other Wuyis: at the same time rich, viscous, sweet, floral, fruity – each characteristic distinct, but balanced and in harmony with the others.

This is another delicious Wuyi tea from Red Blossom. I prepared this gongfu style using a porcelain gaiwan. I would love to do a side-by-side tasting against come of their other Wuyi cultivars to find out why people consider it to be so special, but I only had a small sample and decided to appreciate it on its own and not to try to analyze the experience.

Da bOmB diGGity of Da Hong POW! I can’t believe the sheer paucity of reviews of this great version of wuyi wonderful.

So precious, my precious, we keep this in a genuine tin.

I can drink a catty (or is it kettle?) of this for-EVAR.

It is a peace of Tao.

So when you’re pulling an all-nighter for those Confucian exams, reach for Beidouuuuuu!

Srsly, consistent flava breeds champions. We have a winnah.

I got 2 samples of this tea to try out. Each sample is supposed to be ~3grams.
One sample was 2.8grams, which annoyed me as these aren’t cheap.

Their gongfu recommendations are a bit too close to Western Style: leaves 3.5 grams
temp 200 ° F |time 1 min 30 sec, so I used my own experience instaed.

I used both samples to 5grams. Brewed at 200F starting at 15 seconds.

Overall: This tea is exactly as they describe.
There are carmel, fruity, floral notes. It’s a very well balanced tea.
HOWEVER, it has no chaqi. It has no soul or spirit to this tea.

I kept feeling like it was lacking, and it wasn’t until later that I realized what it was.
I know many people like this tea, and it has all of the right notes….like a musician playing a song that is technically accurate, but with no feeling. This is this tea.

I kept steeping it for longer and longer, but to no avail. There’s no je ne sais quoi.
For the price point of this tea….personally, I’d give it a hard pass.

Notes, brewing times, and photos are on my blog:
https://jadeoolong.blogspot.com/2021/03/tea-session-heritage-beidou.html

Dammit. I hit the wrong thing and lost the note I wrote on this. I’ll try to recreate.

I started by saying something self-deprecating about how I was still drinking tea even though I said I was going to stop given the hour. It’s a rainy, cold day that begs for curling up with something to warm your hands and your chest. So I am cheating. I hope I don’t stay up all night as a result.

Then I’d said that I found nothing really different about the smell of the dry leaf, which is roasty-toasty and has a sharp note like a lot of other dark oolongs I’ve had.

But then, I said, that all changed in the steeping. Gaiwan. Rinse. 195F starting at 15 seconds and adding 5 seconds for each subsequent steep.

The tea is a rich amber and clear. The first steep brought out a surprising cherry note, and a cinnamon note, that I did not expect. Really interesting change up from other teas of this type.

The second steep brought out caramel-toffee notes, as additions, not as notes that supplanted the others. The cinnamon note was in the fore in steep 3.

Reading some of the negative notes about this I feel as though I was tasting a completely different tea than they describe. My experience was awesome.

Another well balanced if a bit shallow tea from Red Blossom Tea, but this one is much more to my taste and has a bit more to offer than the last.

I followed their brewing instructions of light leaf and a starting steep of 1min 20sec, adding 30 seconds each round up, to a final (8th) brew at 4min 50sec.

The aroma of the leaves after a rinse is that of burnt sugar, raspberry, and tobacco. The tea has a light, smooth body throughout the session. The flavor begins with notes of toffee and a melange of fruit. There’s a refreshing, crisp minerality like drinking water straight out of a spring that acts as the base thoughout my tasting.

By the third steeping the roast seems to have mostly washed away and took the toffee flavor with it, leaving the mineral, fruit, and making room for some snap pea flavor.

On the fifth steeping some cooling spice starts to appear, like sweet cinnamon and mint. The session finishes with a cherry scent and a white grape flavor.

This was a pleasant, enjoyable, and refreshing cup but not something I could see myself restocking (especially at the price they’re charging). While I wish there were more depth to the teas of theirs I own, I commend how well balanced their roasts are — just enough to bring some more character out of the tea but not so much that it has a biting smoke flavor or overwhelms the natural character of the tea.

I have enough of this left that down the road I’ll probably play around with a higher leaf/quicker infusion session to see if there’s anything more to find.

Heavy roast leaf. Medium sized, metallic black with hints of brown at the tips of the leaf. A lot of broken leaf too. Unfortunate. Dry leaf gives off a strong, heavy roast aroma with a hint of heavy metal. Brewed aroma is, unsurprisingly, typical for heavily roasted tea. Earthy, with some baker’s spice.

First brew is a somewhat cloudy brass red. First sip shows a heavy roast character. I think they used modern methods to roast this tea. It doesn’t have the strength of character I typically associate with traditional roasting method. There’s some baker’s spice, mostly cinnamon. It’s got a bit of sweetness to it, but not much. On the finish, the sweetness ramps up a bit. No appreciable minerality. Interestingly enough, there is a bit of a creamy flavor in the finish. Texturally, this tea is too thin. Throat feel is also lacking.

Third brew sees a huge uptick in minerality. Gaiwan aroma is thick with minerality. Color is also much darker. I think I’ve brewed through some of the roast. First sip is pure minerality. That quickly transitions into cinnamon sweetness. A hint of the roast still remains, but it’s purely as a secondary note now. Creamy taste is missing on the finish. I’m happy to report that the texture of this tea has improved. It’s thicker. By no means is it meaty or lubricating, but it’s still an improvement. Unfortunately, throat feel is still lacking.

So far, I’m not getting any cha qi effects. Nor am I feeling caffeinated.

Fourth brew is a disappointment. Minerality is significantly diminished. In fact, most of the previous flavor is either diminished, or missing. The only note comes from the roast. And even that seems flattened! The only bright spot is the texture. It’s managed to keep its increased viscosity.

Fifth brew seems to be a bit more even than the fourth. Most of the flavors are still flattened, but the cinnamon sees an uptick in sweetness. Other than that, there is very little change from the fourth brew.

For the sixth brew, I decided to increase the brew time by one minute. This is a pretty heavy steep for me. I’m curious to see how it changes the nature of the tea. Sadly, I don’t think it helped. Liquor comes out even lighter than the first steeping. Aroma is almost nill. Taste is dead. I’m calling it, this tea is steeped out.

Damn good cup, not sure how to describe it yet but it’s rather smokey and smells even more so on repeated steeping (the first 3 or so are the most enjoyable taste-wise). Something about it reminds me of Lapsang. I highly recommend this one, even though I usually go for lighter, fruitier oolongs.

Edit: I get hints of tobacco, in a pleasant way, still trying to decipher the other flavors

Excellent tea- balanced and rich. I love the charcoal roasting.