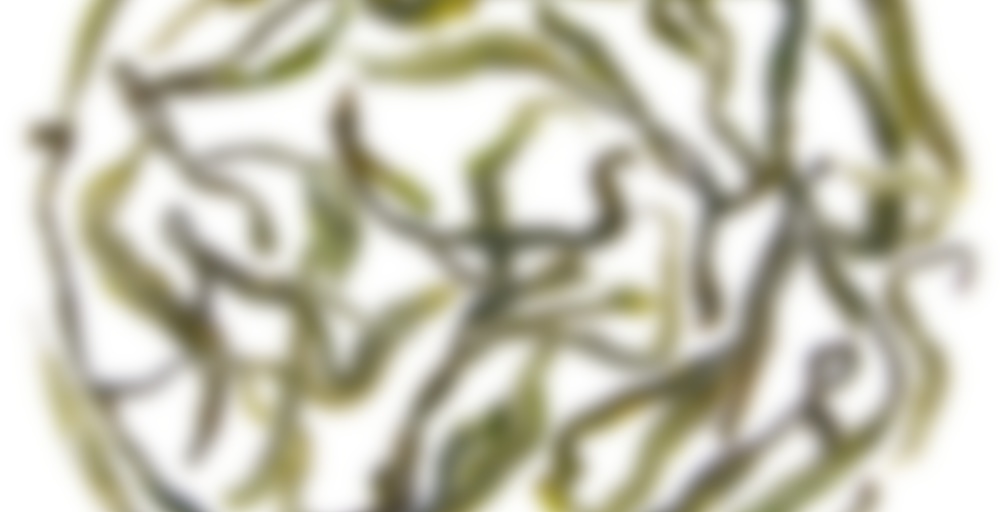 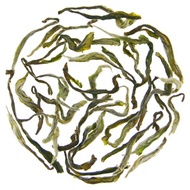 This tea is an experimental oolong from an organic-in-conversion farm from Fujian, China. It is harvested from a white tea bush varietal and processed similar to Taiwanese Bai Hao Oolong and Fuding Gong Mei White tea. The dry leaf shows a unique and colorful style with a silvery, white, dark green and tippy appearance. One serving of Purple Bamboo can be infused many times and offers deep, complex fruity flavors and floral aromas. The rich mouth feel and upfront and lingering aroma suggests Darjeeling Muscatel, Lilac, Gardenia, Pit Fruit, Grape and Hops.

Use a porcelain guywan, or a Ho-hin. Add 2-3 tablespoons per 5-6 ounces of water. Infuse with 185°F-190°F water. First infusion is 2-3 minutes, second infusion 2-3 minutes, 3rd thru 5th infusions should be 4-5 minutes. Depending on the amount of tea and the water temperature, you may infuse this tea many more times.

I am gathering some more swap ammo from my home-stash and came across this one and don’t think I sent any to LiberTEAs…so…This one…has HER name on it :) See previous notes…

Whoo, I’m breaking in my Finum Basket with one of the two teas that I picked up from Rishi, and let me tell you, this was super-exciting to try! And I’m feeling much better now. Thank you to everyone for the well wishes!

Purple Bamboo is one of the most unusual tasting teas that I have ever tasted. The Finum Basket is ingenious. But let’s talk about the tea first, shall we?

I opened my bag, and I don’t know what I was expecting, but boy, is this oolong gorgeous! All of the leaves are unbroken, partially fluffy, and silver tipped mixed with a purple-ish and brown leaf. Some of the leaves were over an inch long! Seriously beautiful. The smell coming off them was very unusual as well. Like a Darjeeling, with that grape-wine smell, mixed with the smell of fresh-cut lumber. Really interesting. I’ve never smelled an oolong like this!

So I put two tablespoons into my mug, and poured six ounces of water over the very large and wiry leaves. And I let them steep. The leaves themselves didn’t expand too much; they did drink a lot of the water though. I think I might have ended up with five ounces after it was all said and done. But the Finum really is a doll. The lid fits on perfectly, there was not a single speck of tea leaf in my infusion, and the whole thing was really just perfect.

The resulting tea was a gorgeous yellow in color, buttery almost in hue. Similar to the color of a green oolong when steeped, or a very dark white, like a bai mu dan. And the smell coming off the leaves… buttery with a hint of muscatel-likeness. So strange!

And it gets even stranger with the taste, because I don’t think I can describe it. But we shall try, Steepster, we shall try! On my first sip, I very nearly said aloud, “WAT.” Because I wasn’t expecting this!

The upfront of the flavor is very definitely nutty. Like a walnut nutty. It’s very pronounced, and it blends into an almost Chinese green tasting veggie-flavor, which then slides into a very Darjeeling-esque taste. On some sips I’m getting really floral notes, similar to a rose. On other sips, there’s hints of buttery goodness. Then at the end there’s a sweet aftertaste, similar to the juicy feeling after eating cherries, or green grapes. Sometimes that note is a bit softer and more flowery in nature.

It’s all so wonderfully strange and bizarre that I probably finished this cup in a good five minutes. There’s just SO much going on here. Really, really intriguing stuff.

This was the perfect cap to a really annoying week, devoid of any tea, and healthy feelings. I’m really so happy that I purchased this one – so awesome! So many different flavors and feelings and sensations that combines into a rich and intriguing cup. I’ll be updating with the second steep information soon, because I’m definitely not done with this bad boy!

EDIT: Okay, so let’s talk about the Second Steep (3:00, 170 degrees) of this baby. I think this is the first time ever, for me, that the second steep has really rivaled the first, and managed to bring something new to the table, while being absolutely delicious and wonderful in its own right. The tea this time around is smells stronger of grape than it does of butter, and the taste… mmmmmmm! The wine-like Darjeeling flavors have trumped the nutty flavors, and mixed wonderfully with the more flowery components to produce an almost soft Darjeeling. There’s still hints of butter and nuts, but they’re much fainter. As if cools, there’s a fruity-tart-sugary-sweetness that’s pleasantly addicting. Yes. Mmmm. More. The tea isn’t weaker in the slightest, and it’s a bit sweet-tarter than the first cup. Yeah, this is serious love going on right here.

I’ve never had a tea that morphed in a good way on the second steep. 90% of the time I’ve been really disappointed with second steeps, and the other times, the first cup has tasted much like the second. This one is perfectly awesome on the second cup. LOVE.

Yeah…the stuff in here sounds very complex. Actually…I’m sort of curious to see how you think this stacks up with the Royal Garland tea once you try it, as it seems like it maybe has a lot of the same notes…and if this tea is anything like that one, I’m definitely interested in getting my hands on it.

And curse Finum for not making a plastic-free basket! Maybe one of these days I’ll make the concession after all. Truly flake-free tea does sound awfully appealing.

Royal Garland seems to fall a bit heavier on the tropical fruit/buttery elements. This one, on the first steep, is bizarrely intensely nutty. But in an awesome, eye-opening way! The second steep is like a bizarre Darjeeling. The entire thing is awesome, though! I can’t wait to try RG, though.

I think I’m able to fall head over heels in love with oolongs. They seem to have a ton of flavor variety while maintaining high complexity.

Indeed. They aren’t going to make the cut for me as far as ‘wake me up’ beverages, but mid-day, that’s what I crave…they’re fannnntastic.

I guess this tea is now discontinued, I can’t find it on the website. Thank you to TeaEqualsBliss for sending it to me!

This is really quite good… even if it is an older sample of it. I taste the notes of Muscatel that are mentioned in the description, as well as floral notes and stone fruit. It’s really delightfully flavorful. A really delicious tea – but then, I’ve come to expect that from Rishi.

It’s been gone for at least six months now. I thought it was a very successful “experiment.” =)

This is an interesting one . . . very downy, wiry leaves, candied orange peel aroma, sticky-sweet delicate butterscotch and honeysuckle with Bai Mu Dan characteristics. Only sweeter and very muscatel. Kind of like what yellow tea is to white/green with the complexity of an oolong. Unique. Use a LOT of leaf.

I filled my guywan halfway and have been doing super quick infusions. I am on my fourth. FYI: Goes great with chocolate which I am eating for breakfast.

This tea is wonderful. Very complex. I honestly can’t describe all the subtleties and flavors going, but there is a lot of goodness going on. This tea can do lots of steeps. I’m going to keep drinking this one and refine my understanding of the tastes for a while.