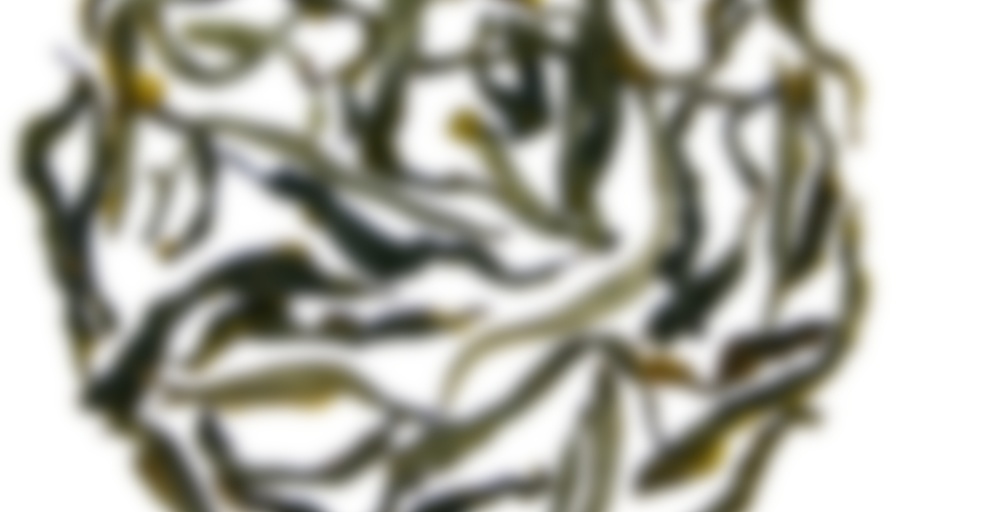 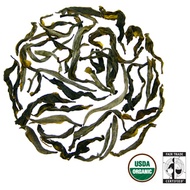 The base green tea for all forms of Pu-erh is known as saiqing mao cha (sun-dried course tea). This is a special offering for Pu-erh lovers. Both types of Pu-erh, Shu Pu-erh (ripe by pile-fermentation) and Sheng Puer (raw, steamed and preserved without pile fermentation) are produced from saiqing mao cha. Saiqing mao cha is technically a type of green tea but is rarely experienced outside the circles of Pu-erh connoisseurs. Saiqing mao cha is strong with bitterness, astringency and complex aromatic notes. The broad leaf, arbor tea tree varietals of Yunnan and Southeastern Asia are the only varietals suitable for making saiqing mao cha used in Pu-erh and each growing region and remote forest offers a different flavor, aroma and general character.

This saiqing mao cha from Yunnan’s famous Jingmai Mountain is more tender and the leaves are more even in size and shape than common saiqing mao cha. It was harvested in the early spring of 2007 and has many tippy buds, tender leaf and silvery pekoe. Our Jingmai saiqing is noted for its balance of strength, density, flavor and aroma with a medium bitterness and astringency that will mellow with age and add to the complexity of the infusion. This Jingmai Saiqing has a strong body with a subtle fruit and floral aroma.