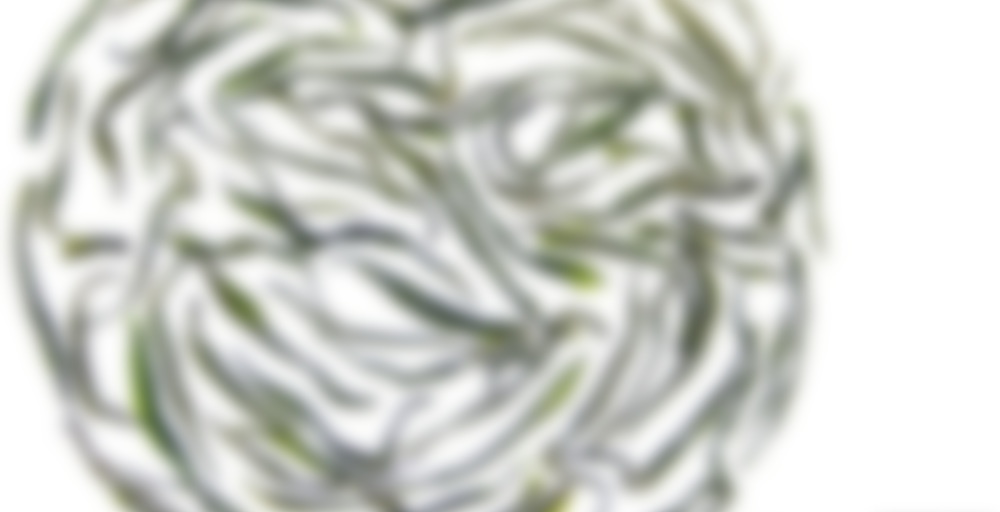 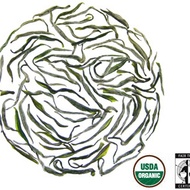 Green Needles, known as “Lu Zhen,” is the most famous green tea from the Xuan En Yulu Organic Fair Trade Tea Association in Hubei, China. This grade of Organic Green Needles was made in early April of 2009 during the Qing Ming harvest season. Green Needles is noted for its brisk, energizing character and artisanal hand-shaped appearance. Composed of one leaf and a bud, this tea has a superb balance of freshness and brisk bittersweetness. This tea is made by roasting after withering and the final drying temperature is a bit higher than for the steamed type of Green Needle. The result is a darker, forest green leaf with a heightened nutty and roasted aroma. This type of Green Needle is prized for its strength and complex aroma which is accented by some faint fruit notes and complex roasted nutty aromas. It is very invigorating and reminds one of how exquisite fresh spring tea can be.

Use a porcelain guywan, glass teapot or a Ho-hin. Infuse 1 tablespoon per 5–6 ounces of water. Use 180˚F water. Infuse the first and second infusion for 3–4 minutes and all subsequent infusions for 5 minutes. We also suggest to try this tea brewed a bit stronger, using 2 tablespoons and shorter infusion times. / Ingredients: Organic Fair Trade Certified™ green tea. / Origin: Hubei, China.

It’s been a while since I both logged and drank this tea, so now seems like a good time.

I’m pretty sure that I’ve had this since I logged the last [and first] time, but that’s part of the reason why I’m probably not going to reorder it. It’s not a remarkable tea. It’s good, don’t get me wrong, and I’m not going to change the rating on it, because it’s reading at a 75 still, but I think that part of the problem is that some of its notes remind me of Ancient Emerald Lily to me, and when a tea reminds me of a tea that is, in my mind, superior, well…I think you can figure the rest out.

So here’s the thing about Green Needles. For me, it starts out a little bitter. It’s almost sour, even. Eventually in the aftertaste, and even more so as it cools, it becomes sweeter. A nice, edging on juicy, grassy sweetness [this is what reminds me of Ancient Emerald Lily]. And then over time the bitter, sour part of the tea disappears. I should probably just wait until the tea cools enough for that to be gone, but I’m not patient enough.

The problem that I noticed, even when this becomes sweet, is that this has an almost scratchy texture to it. I’m not sure quite how to explain it. Kind of like that feeling your lungs get when it’s really [and I mean really cold outside. Or if you breathe in heavy fumes. It reminds me of this one time when I was at swim practice during the winter [we swam indoors] and there was a chemical spill. All of a sudden, we all got this kind of scratchy feeling in our throats and we all started coughing. Then we had to evacuate the building. [We got dressed first, of course. That would have been inhumane.] It was really cold outside. Our hair froze. It was grand. And actually, now that I type this, laughing gas. That funny feeling you get in your throat when you inhale laughing gas.

Anyway, I don’t know what causes that feeling. And I didn’t write about it last time, so I don’t know if I got it before. I’m guessing not. Maybe I won’t get it next time. I think I just need to drink this more often, even if it’s mainly because it means it’ll free up a little space on my tea shelf.

Big, bold, brassy. This tea is by no means a delicate wall flower of a green tea. Or a delicate anything, really. It comes right out and lets you know that it’s here, it’s a green tea, and that it means to be taking center stage, thankyouverymuch.

However, in its efforts to inform the world of it’s intentions, it may scare some people off. It almost scared me off. Opening the pouch of tea, the scent is an inviting green tea aroma with an enhanced nutty quality, brought about by a roasting step during the processing of the leaf. Steeping the tea, it’s a delicate, pale green color with just a hint of brown; the very picture of an inviting cup of tea. But then, sipping shocked me. Very astringent. Almost a sour quality. And the drying sensation wasn’t restricted to just the mouth, it went down the throat as well. As the brew cooled, the sour faded, leaving a sweeter quality to the cup.

To try and get the best out of this tea, I tried multiple steeping parameters. My first two tries, I used the method referred to on the packet – 1 tablespoon per 5-6 oz of water, steeped in 180 degree water for 3-5 minutes. Their website also recommended trying more leaf with a shorter steeping time. This method resulted in a brew where the sour flavor held on, even once cooled. I then tried the old tried and true proportion of 1 tsp per 8 oz. This resulted in a much lighter brew with reduced astringency and reduced sourness, and a hint of nuttiness at the back of your mouth.

If you are a fan of the big, bold and dry red wines, you will likely love this tea brewed to the original directions. I preferred the weaker brew, but other greens have tickled my fancy more than this one.

I definitely felt like I was getting my daily allotment of green vegetables on this one. A little overcooked-tasting, maybe, but if you like strong greens, this one’s for you.