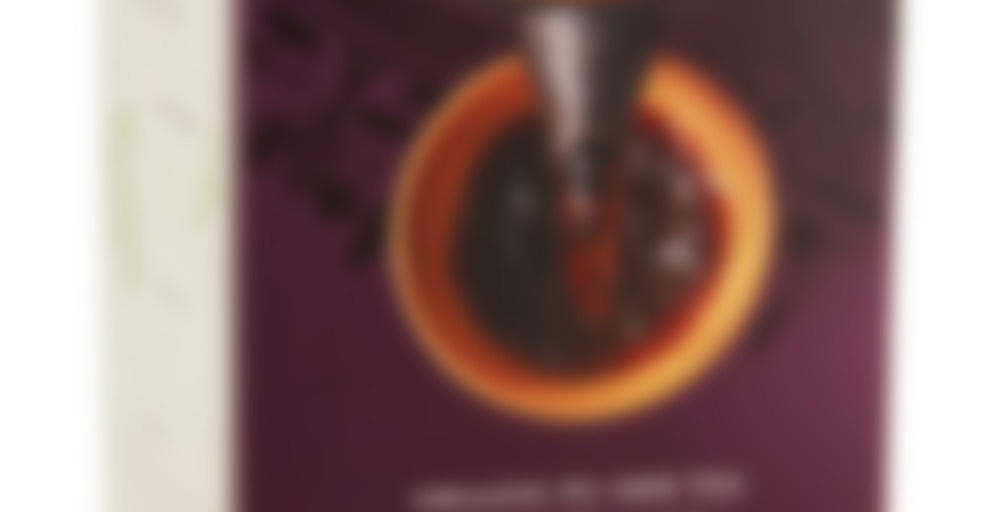 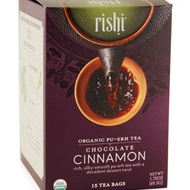 Rich cocoa overlaid with sweet Saigon cinnamon and pure, fresh-chopped vanilla bean melds with the deep, smooth flavor of Pu-erh tea. This most luxurious chocolate dessert tea tastes divine without the need for milk or sugar. Indulgent yet soothing, all in one cup.

So this is a pu’erh, but it contains cocoa shells and cinnamon bark.

The little pyramid it came in smells minty fresh, I’m not too sure about the chocolate flavour. There is definitely cinnamon though.

I brewed it for 4 minutes (5-7 recommended) in hot water until the brew was very dark black and smelled delicious. As for taste, I’m getting mint and cinnamon banana bread. It really reminds me of something fresh out of the oven. The pu’erh base isn’t very present because it is overpowered by the cinnamon/baked goods/mint, but I think it tastes a bit woody/barky, and dark, but without being bitter at all. All in all, it is actually fairly smooth. I don’t taste any chocolate, and the cinnamon is leaving a sickly sweet aftertaste in the back of my mouth.

I should have read the ingredients list, but I was swayed by the box label that said the words “chocolate” and “cinnamon”. I’m sure they are present, but the only flavor I can taste is the peppermint. This is a good tea, if you want peppermint pu-erh. If you’re expecting chocolate and cinnamon, look elsewhere.

In related news, I have most of a box of the tea if someone wants it.