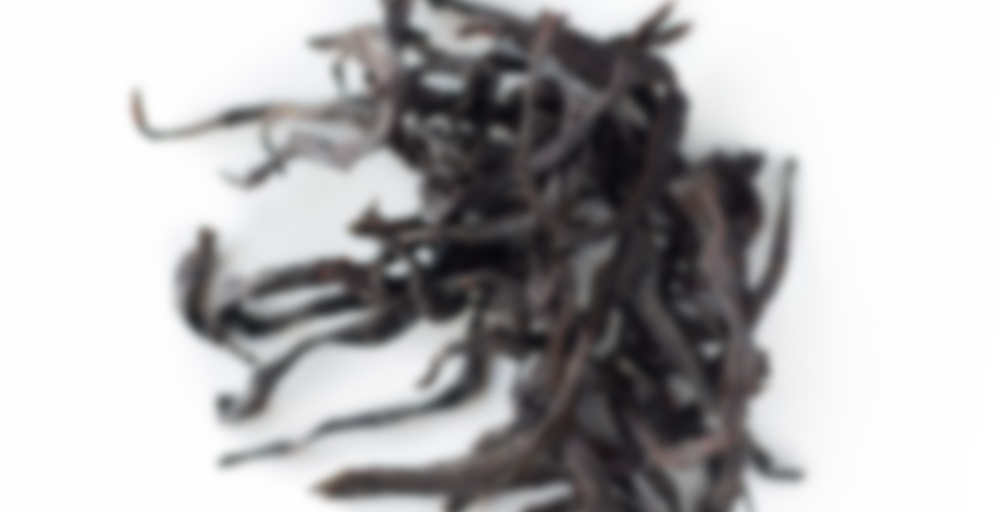 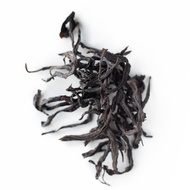 Ruby #18 is our name for this grand cru black tea made exclusively from the Hong Yu (“red jade”) cultivar, which was originally developed by cross-breeding a native wild Taiwan tea variety with a Burmese strain of Irrawaddy sinensis. This name Ruby #18 refers to the number by which Hong Yu is cataloged in the Taiwan Tea Research and Extension Station registry of cultivars.

Tasting Notes: The renowned cultivar renders a very unique profile as a black tea if processed with skill. The essential character presents an assertive, strong flavored cup with a deep red infusion color that reveals rich aromas of exotic spices such as black ginger, sarsaparilla root and clove with a beloved touch of minty wintergreen. This tea is fresh and dynamic with each brew revealing new aromatic notes.

Moving onto my Rishi teas from my 2017 stuff, and these are all 50g packages and will take many a morning to finish off… and while I realize teas like this are just “meant for gong fu”, western brew work thermoses are going to be the way I accomplish that. Possibly some iced tea/cold brew jars. If I have the time for a gong fu session, I’ll probably pick something I only have a small amount of leaf left that the session can tidily finish off…

I gave samples of these teas to Todd in his advent (before I’ve even tried them, ha) and at least he said they are still holding up, but he also often just thinks “tea tastes like tea” (I still love you, Todd!) so let’s see, shall we?

April/May 2017 harvest, 3.5g in 500ml 205F water, steeped 3 minutes. I smell a bright, fruity mandarin orange aroma, as well as cinnamon. The flavor is malty, with a bit of a baked grain bread with a bit of spice (more clove than cinnamon on the tongue), and an oddly crisp minty note in the finish. I would assume that was flavor contamination from my thermos (I had the Pistachio Mint tea in it yesterday, and even though I thoroughly washed it in the sink last night it still had a “minty” aroma this morning, so I’m going to have to deep clean the thermos with the Mandala Tea Cleaner every time I drink that B&B Mint Pistachio, apparently…) except this was tea that came straight from my infuser to a separate glass for taste-testing since it takes so long for anything to cool in the work thermos. Huh. I guess at 50g, I’ll have plenty more cups to see if that note reappears or is, indeed, some kind of contamination… (Although, I see just before posting this that jamin also tasted “minty overtones” soooooo…)

I don’t think I’ve ever tasted a black tea like this. It’s certainly interesting, and definitely not unpleasant!

I’m with Todd on ‘tea just tastes like tea’ which is why, even after 5 years on Steepster, I never write tasting notes.

Meant for gong fu, pish posh! It even has Western instructions!

But they also “recommended gaiwan brewing”. I see that a lot. And rarely ever do it.

Well I recommend doing whatever floats your boat! :D

Well, I still can’t quite get the “minty” smell out of my work thermos… on my lunch break I grabbed a fresh infuser out of the cupboard and a fresh mug and made a new cup. Getting a slight floral/cherry note now, I do think I still taste a minty note but very subtle. Definitely seems there was some flavor contamination on my teaware.

I’m with Cameron B. Drink it the way YOU like it.

Some find a mint flavor in Ruby, so maybe it isn’t contamination!

I deep cleaned all my infusers/mugs/thermoses that had touched the mint tea that night, and made the Ruby again today. At least from my thermos, the mint was much stronger before the “big clean” (but B&B’s Mint Pistachio, a VERY minty tea, had sat in it from 8:30 am until 6 pm…) Now I’m only getting a very subtle minty note, and it is persistent regardless of teaware. So I do seem to get a little minty taste in this black. But there was definitely some residue peppermint taste/aroma in my travel thermos throwing it off before.

Hmm I think I’d like this tea from your tasting notes even though I’m not generally a black tea fan.

Day 3 of Sara’s Old Tea. This is a really nice black tea with complex notes. I listed all the flavors I could think of words for, but there are still more dancing around in the background. The leaves didn’t look like much dry, but they expanded a lot. This tea is from Taiwan, but it kind of reminds me of black tea from Nepal. Lovely tea.