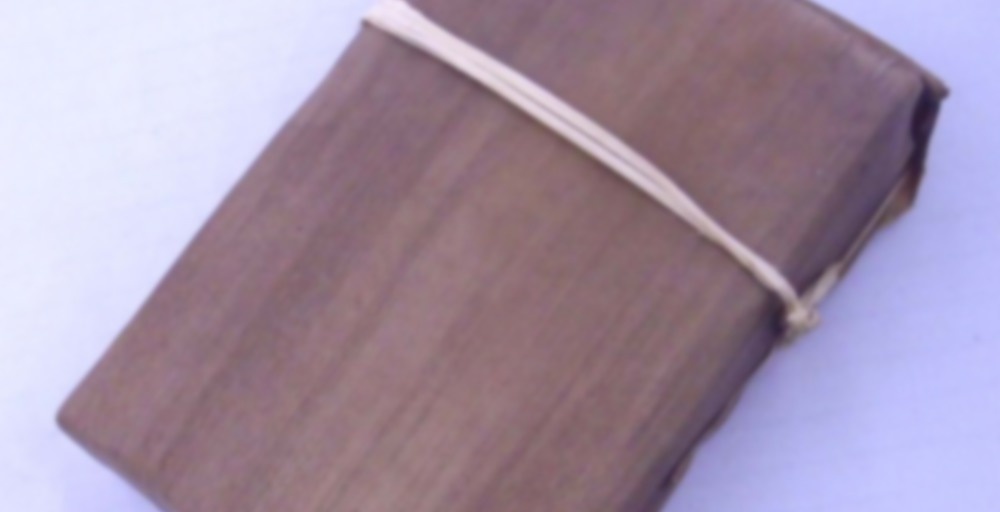 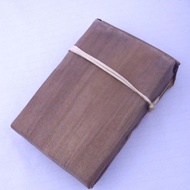 It selects raw tea leaves in 2007 of Menghai yiwumahei tea area Typical Menghai flavour, smooth taste, rich flavour, long sweet-after taste. The tea which grows in Yiwumahei tea area are wild growing, strong flavour which is the reason why it is so popular these days. You can feel the sweet flavour on your first touch. Also this tea brick is packed with the bamboo skin which has well protect the tea flavour and the taste.

I have had this tea a few times now and each time it has been consistently mild and smooth. Very light for a ripe Pu Erh indeed. It has elements of soil, musk, sweet wood and clay.

I fear that this is perhaps too mild for my personal taste, even after upping the dosage of Pu Erh I use in my Yixing doesn’t work. :(

If anyone likes soft Pu Erh then let me know and I will send some your way.

I might just do that with the hope someone else likes it. I really have tried my best to enjoy it but I’ve always been a strong tea kinda gal. The brick was 250g so I have plenty to share around.

This is an interesting one. this comes to me from MissB and is tightly compacted. I let is sit for a while after a 10 sec steep. almost all the water was absorbed in to the cake. My first couple of steeps of this one, i was getting an almost menthol like taste…bordering on mint…but really faintly. it was a weird experience. the aroma of the tea however, was much more earthy/leathery like. Later steeps the tea was much more cedar and wood with almost an aftertaste of smoke but not strong.

this was an interesting tea and one i might consider purchasing in the future.

The dry tea was very tightly compressed, so I let it rest for 5 minutes after a 30 s rinse. It didn’t really separate until the second steep.

The tea is rich and smooth, with flavors of wood, leather, and cherry. There is a little bite of astringency at the finish, which doesn’t detract from the taste. I want to say it has lots of cha qi, but it may just be that a lazy Sunday morning is emphasizing that aspect of the tea. I lost the cherry in the second steep, but the cedar notes came to the fore, with what I think is a touch of smoke. Overall, an enjoyable tea; I nearly purchased some today, but need to think about it for awhile.

Glad you liked this one and I included it in the tea box!

Oh no! Tea organization emergency! I keep a google e-mail draft full of the teas I haven’t written tasting notes for with the usernames from trades for those teas and the list of teas that are almost sipped down. This morning the list is completely messed up, somehow a bunch of html was added to the list when there wasn’t any before mostly a lot of

. Even the subject changed. I have no idea how to get it back! Other than Steepster, it was basically the other part of my tea brain.

Thank you KittyLovesTea for this one a while back! I have so many samples I haven’t got around to trying. I would say the teaboxes I participate in are bad for my tea collection, but then I remember some of my tea collection goes into the teaboxes, so it balances itself out. :D

Steep #1 // rinse // just boiled // 1 1/2 min
A good size chunk of this goes into my infuser, after a rinse the mug is a deep red as only these lovely pu-erhs can make happen. The flavor is crisp and refined somehow. It brings to mind darkened studies filled with ancientbooks… whatever studies are, but this is that tea. There is a pine or cedar flavor here (that isn’t like the oversteeped leaves flavor). I don’t drink wine, but it kind of reminds me of wine somehow.

Steep #2 // just boiled // 3 min
This cup seems to mellow out in flavor, but it’s still a strong pu-erh, deepest red color. Not as much crisp/pine/cedar… more sweet! I’ve noticed with this pu-erh that my appetite is ridiculous, even drinking this while eating things like muffins and spaghetti. I’m hungry faster… not necessarily a good thing for me. I know that pu-erh is supposed to boost metabolism or something but I’ve never noticed it until now.

Steep #3 // just boiled // 3 min
Still going as strong as the second steep, or should I say as sweet. No noticeable difference in flavor. Delicious but it doesn’t have that little something extra I love about pu-erh… and I don’t mean the pondiness. But that is missing too.

Oh no! You could try keeping it as a document in Google Drive from now on. You can edit and get back to earlier versions in that.

I’ll have to check that out, thanks!

I enjoy a cup of puerh now and then, but it’s not something I really drink very large amounts of. It’s not really the same way as with green tea and similar where I have to be in the mood for it. I think it has to do with the effort involved. Drinking pu-erh tea is a commitment to drink the same tea for a long time, and I just don’t always have that sort of attention span. I get bored. I want something else.

Even so, I took some of this out of the EU TTB round 1, and have been waiting for a good time to have it. Last time Husband had a puerh he didn’t much like it, so I’m not going to bother giving him this one when we have so many others that he enjoys much more. Therefore, drinking it on a Wednesday is the way forward.

For once in my life I actually did a quick rinse. This seems to be the primary advice given to people who like puerh but find it a little harsh. I’ve never had that problem myself, so I’ve never bothered. I did today though for reasons that… Well, for no particular reason actually. Call it an experiment.

It smells like mushrooms and cinnamon. I’m a bit puzzled by the latter. I wasn’t expecting that. I wonder if it might be a result of residue on my strainer… Not impossible, but it has brewed a number of non-cinnamon-y things since it’s been in contact with cinnamon, and none of those had cinnamon notes in them that should or shouldn’t be there, so I’m leaning towards the belief that this tea actually smells like cinnamon.

The flavour is a bit thin, but again there’s a lot of cinnamon notes in it. I’m not getting too much in the way of mushrooms until the aftertaste, and I can’t immediately spot any stronger earthy flavours. There’s no feeling of farm animals to this. I say farm animals because the first time I had a puerh it invoked strong memories of my great-grandparents’ and the farm they had when I was little. It shaped the whole puerh experience for me. I want this note in my cup. I want this association.

I don’t know where those farm animals have gone here. I wonder if the rinse step stole them from me. If that is the case this will be the first and last time I ever bother with a rinse. I want my farm animals back.

That said though, it is an enjoyable cup. Remarkably cinnamon-y and quite sweet with an aftertaste of mushrooms and broth.

Nooo, not the farm animals! ;)

I know! It was quite disappointing. I still have some left, though, so I can test if it was the rinse that did it or if they just aren’t there.