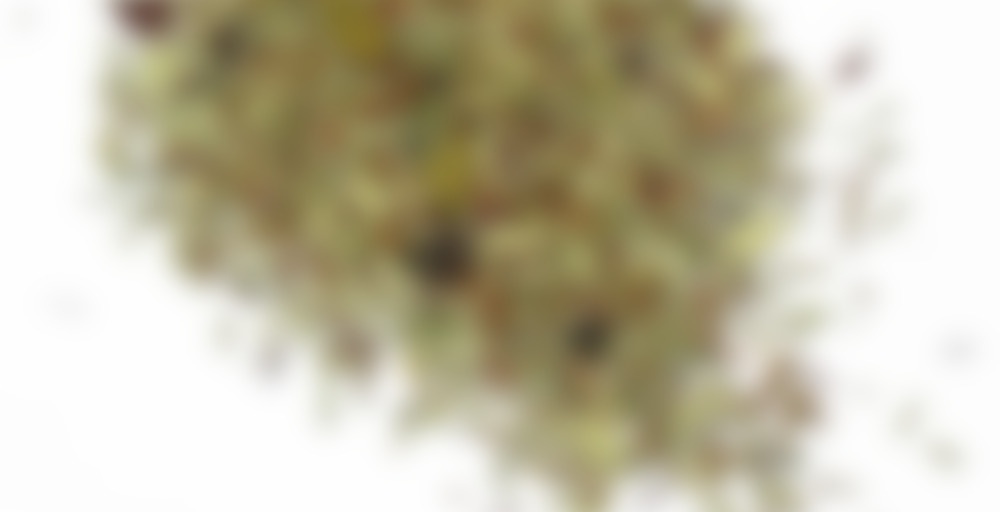 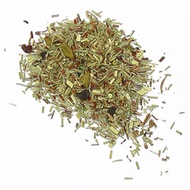 A healthy blend from the warm volcanic underwater world. SCUBA GARDEN is made of only the purest volcanic sea spirolina (blue-green algae), our mildest green Rooibos and select cranberries. This trio provides a feeling of wellness and weightlessness.

For the “wow” factor at your next cocktail party, how about an ice-cooled Scuba Garden champagne punch with fruit that has been marinated in rum or liqueur ?

I was in transit via Frankfurt, Germany recently and saw that this company’s teas were featured in the airport lounge, so I picked up a few different bags to take with me. The name threw me at first – Samova, not Samovar? Huh? When I got home I looked them up and sure enough, there’s a German tea company named Samova that gives all its varieties cute names – how could I resist Scuba Garden? And then I saw that this particular one included spirulina algae, which I’ve never seen included in a tea or tisane before. The plot thickens!

So, this is a blend of green rooibos, spirulina, cranberry and orange, caffeine free. After four minutes of steeping time I’ve got a clear orange liquor with a hint of brown, and an aroma of orange. The flavor is strongly of orange, but the rooibos gives it a nice natural sweetness. I don’t detect any trace of cranberry or spirulina, but maybe that’s a good thing? It’s a pleasant enough tisane that was definitely worth trying for the name alone.

Do they have a website? I’d love to get my hands on this!

Spirulina? What? I’m with Cofftea on this, I have got to try it!

I have not checked out their shipping costs yet…

Yeah finally found it too. DEFINITELY getting the cocktail book and tea liquor. I wish Jason was around- that’d be a GREAT steepster select combo.

You may wish to check and see if the cocktail book is available in English too, unless you’re okay with going for it in German -

Haha DUH! I’m not used to ordering from places like Germany- I didn’t even think of that.I feel dumb now lol.

From their FAQ… Our flat-rate for postage and packing is EUR 6 Should your order exceed EUR 50, delivery is free. For orders with a goods value of less than EUR 15 there is an additional minimum order charge of EUR 3 in order not to incur a loss. …sounds too good to be true for the USA.

Frankfurt airport … that does not bring the best memories. I have never heard of any tea with spirulina algae. Hm ….

I used to be a spirulina fanatic in college (I even sold supplements to “supplement” my income) but haven’t used it in years. I’d never think to put it in a blend. I wonder if the heat of the water damages any of the beneficials?

I went back to some of my old reference materials. The main benefits of spirulina are minerals (which should survive the steeping temperature?) and protein which may or may not denature in boiling water. It’s definitely creative and something unique, though.

Hm… as for the minerals, I’d actually think the hotter and longer the better then so more are extracted.