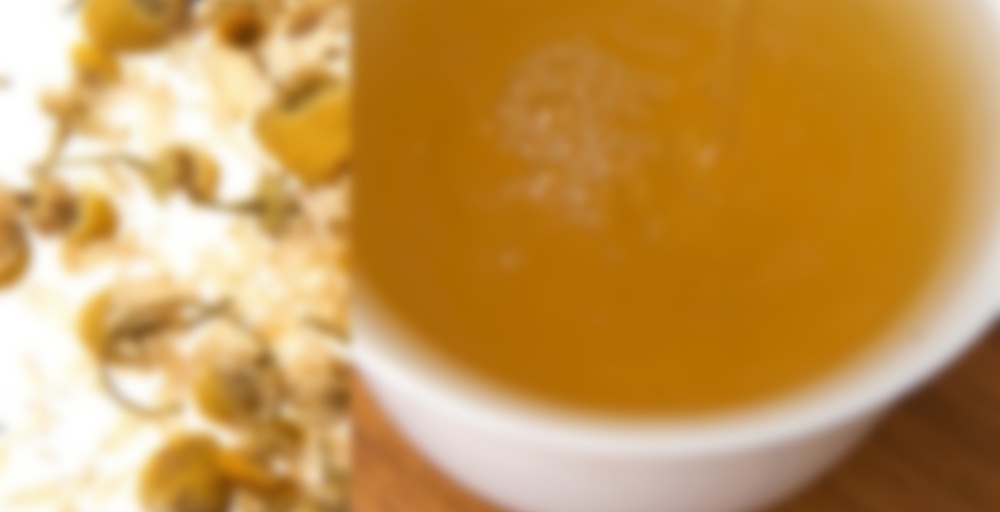 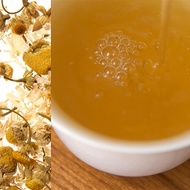 It brews into a clear, clean liquor without chamomile’s usual cloudy appearance. The taste is classically chamomile, yet far more crisp and clean, as though chamomile had been purified to its essence. The effect is profusely calming and ultra-relaxing. If you usually add honey or sugar to your chamomile, try this one without it first. You may find that it’s sweet enough for you on its own.

At the risk of sounding all fan girly, is there ANYTHING Samovar can’t do? Though I don’t see myself buying a case of this, for the same reason I wouldn’t buy their plain rooibos or honeybush (also amazing as such things go) it’s pretty awesome for chamomile.

I have a love/not so much love (I can’t say hate because that’s such a strong word) relationship with chamomile.

I love the idea of chamomile. I think of it as the perfect, soothing drink for a stressed and uncomfortable soul. Okay, I admit that this idea comes from Beatrix Potter and I’ve had it since I was three. When Peter Rabbit’s mother gives him chamomile tea after he barely makes it away from Mr. McGregor, that’s love.

However, with some exceptions I usually don’t love the taste so much. Chamomile can taste like paper treated with some odd floral chemical to me, or like musty old hay smells.

In the sample packet this smells, astonishingly, like fresh baked bread with a touch of lemon. After steeping, there is more identifiable chamomile aroma, which is frankly the biggest downside of this herbal. They weren’t kidding about the liquor—it’s a fairly clear, slightly golden yellow.

The taste. There’s no sharpness like chamomile can sometimes have, no sourness that can sometimes sit heavily in my stomach after drinking chamomile based tisanes. There’s a lightness to it, and a sweetness to the finish that hangs around for the aftertaste. I don’t get apple notes in the sip, but in the aftertaste I taste what I think the Samovar description is referring to when it says Red Delicious. It’s a sort of crispness that’s reminiscent of the mouthfeel of Red Delicious apples along with a middle note of sweetness. The mouthfeel of the tisane itself is slick and soft, and just short of creamy. Not heavy like some chamomile blends.

If I was going to drink straight chamomile, this would be it. I’d never say never about ordering this, but it’s not a high priority as I sit here. Still, if your baby bunny has a rough day, this could taste like love.

Yummy yum yum.. after a hard 6 hours at work! ok, and suffering from a mild headache.. but this herbal is fantastic.. simple, creamy with an essence of sweetness. Great for bedtime or relaxing any time of day. Also, made it with my Breville Tea maker.. perfect!