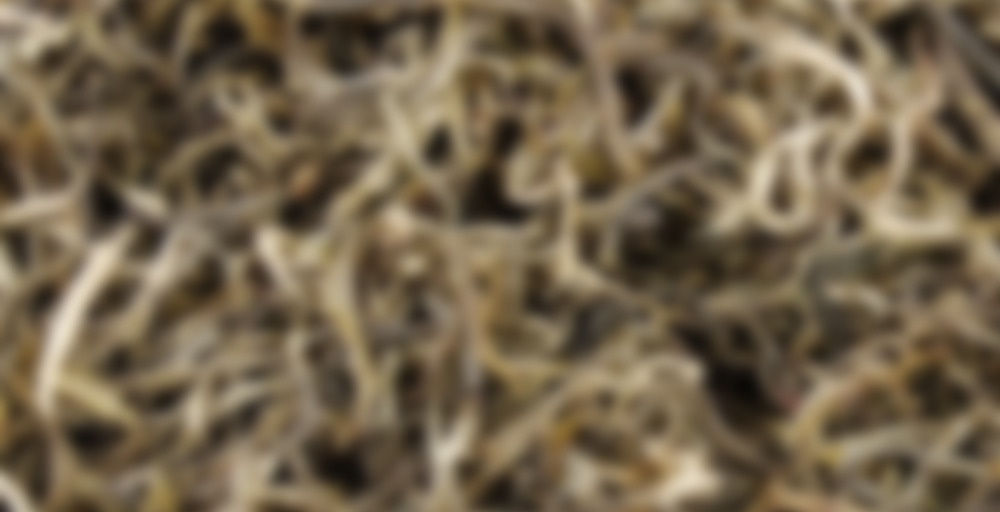 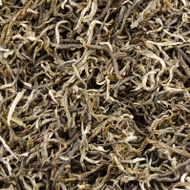 by Seven Cups
81
You

Like our other Meng Ding tea, this tea grows in the high mountain summits (Feng). The special hand processing technique used maintains the original shape of the tender buds and fresh young leaves. Notice the layer of white down (Mao) that is characteristic of mao feng style green tea. This creates a fresh rich flavor without the heaviness associated with common green tea.

Backlogging and based entirely on memory.
I’m trying a different format for my reviews with this one, in the hopes of making it easier to read. I am open to any feedback about this format (or my standard one).

I bought 100 grams of this tea in April of 2011 and finished drinking it by the end of that year. I used standard times and temperatures for my Chinese greens steeping this wonderful tea in a glass Bodum pot with metal the infuser/plunger; stevia was always added.

The leaf looked similar to Teavana’s Three Kingdoms Mao Feng (T-TKMF), but I believe it was lighter in color: light and dark green, medium-sized curly leaves and buds, with a somewhat fresher aroma than T-TKMF. I remember that this tea was comprised mostly of whole leaves, buds and bud-sets, and that it looked fresher than the T-TKMF. The flavor was standard for a quality green tea, being vegetal and sweet (tasted slightly better than the T-TKMF). Teavana’s T-TKMF produced a somewhat cloudy liquor, while this teas liquor was clear. This tea blended well with T-TKMF. Since it was well beyond it’s harvest date, this tea went for 70% OFF of its original price (at something like $5 / OZ), and I remember it came to about $1.50 / OZ (I just found the discounted price: $5.43/100g).

Overall, I was very happy with everything about this tea. T-TKMF was my second quality, loose-leaf green Tea, and this was my third (a dragon well from a local Asian store was my first). This tea was better than T-TKMF in every respect, which amazed me, as I wouldn’t think T-TKMF was from an earlier harvest date than this one (I bought the T-TKMF during Teavana’s year-end-sale just months before at the end of 2010, so I would think it was probably from the 2009 harvest at the earliest). Since I was enjoying the flavor of this tea about four years after it’s harvest date (I just checked to verify it was indeed 2007, and not, say, 2009), I learned that not all green teas are created equal. This is also a reason why I have much respect for Seven Cups. I would probably buy this at full price if they offered it again, but I have yet to see them offer it from a new harvest (even at $5 /OZ it would be one of Seven Cup’s least expensive teas, as many of their green teas are over $10 / OZ).

I like the comparison of the two different teas in this review. I think both your older format and this one are equally easy to read. I miss the steeping parameters and how many steepings you have gotten. The addition of your tea history is pretty awesome. It helps me get an idea of your tea preferences.

Thank you, Missy, for that wonderful feedback!

Although I primarily include what I do in my reviews for my own records, I often don’t know if anyone else gets any value out of what I include. So, if I know there is value in some of those particulars to others (like including the current price of the tea, or the price I paid, or how it’s price compares to other similar teas) then I am much more likely to make an effort to provide it (even if I am mixed about whether or not to include it for my own possible use at a later date).

I didn’t include the parameters here because it’s been many months since I last brewed it up (a BIG downside to backlogging without notes, of course). For this particular tea, I vaguely remember getting at least three good steepings out of it using my standard green tea times and temps (those are in my bio). Still, I’m glad you find value that kind of information.

And yes, the tea history gives a kind of context from which I can review its merits (or downsides).

I think I’m going stick with this format for awhile, anyway (this way seems not so quantitative or data driven as my standard way seems to be).

You are quite welcome. I consider steepster my personal tea diary so if your new format makes it easier to get out, I say by all means, carry on! That’s why my notes tend to be on the shorter side. I really just want to access them quickly while making a decision on new teas to buy or finding the perfect brewing parameters.

I imagine backlogging does make it hard to remember exactly what you’ve done. The number of good steepings indicates what sort of quality. I keep an eye out when people do mention these things.

Any who, you have always had informative reviews. I enjoy reading them. :D

I agree that the number of flavorful steeping I can coax out of a tea is an important indicator of quality.

Thank you for all of your comments and encouragement Missy!

I’m burning through some of my old tea stock. It’s still surprisingly good. Sweet, nutty and smokey. A perfect wakeup tea for a morning like this.

Beautiful, delicate, exciting- everything a green tea should be!