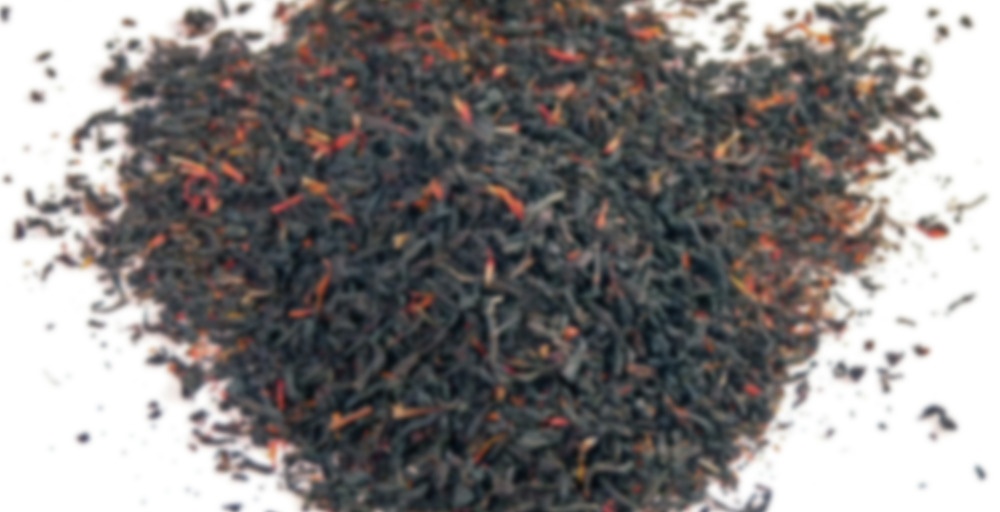 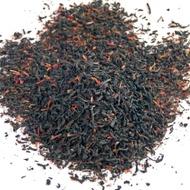 Like the backroom of a Moscow club at 3AM, this tea is deep, smoky and intoxicating, with citrusy hints of something illicit coming through. The milk thistle and safflower mellow the strong flavors. For those who work all day and stay up all night, this tea will sustain you.

The black tea base is a blend of Chinese Lapsang Souchong and high-mountain Ceylon tea. A dash of bergamot orange adds the intrigue of Earl Grey while the milk thistle and safflower complicate the situation. Smoky and strong, the assertive aroma will make those around you whisper, “What on Earth are you up to?”

A short post, as it’s before dinner tea. In dry form it smells rather like Kusmi’s smoky Earl Grey, but with spices in it. After steeping it’s still the smoky EG, but not as spicy. More sort of slightly sugary sweet, and then a little spice underneath.

Taste wise, it’s still the smoky EG with spices. It’s not very heavy on the bergamot, which I approve of, and it’s got a heatlhy amount of smoke in it, which I also approve of. And then the spices just adds a little touch of the unexpected. A little exotic pinch. A bit of hey-where-did-that-come-from? It leaves a very slight burn on the tongue, as if I’ve just had something with a pinch of chili in it.

Quite nice. I’m glad I was recommended this one. It scores pretty high and would be a competitor to aforementioned Smoky EG from Kusmi. Wether I prefer one over the other, though, or they are more or less interchangable, I haven’t yet decided.

I love EG, but I’ve never tried a smoky one. I must give this one a try sometime!

If you like smoky teas, I would very much recommend it. I think the smoke gives the bergamot, which I’m not otherwise a fan of, a very nice lift.

This is a surprise final stop on my current world destination tea tour after hitting Florence, Paris and Tokyo. This tea is still in development, but Shui Tea sent me a sample with my recent order.

The raw tea is dark with specks of red safflower petals. The fragrance is subtly smokey, but there’s also the presence of a fine, exotic perfume. I know this is the citrusy bergamot and florals, but they combine to make something unique to this tea.

The brewed tea is utterly dark and rich. There’s some great body here and neither the lapsang nor the bergamot overpowers; they compliment each other well. This would be similar to having a citrus glazed food grilled on an open fire.

With my two favorite tea styles of all times blended, Lapsang Souchong and Earl Gray, this scores high with me.

Thanks for the review! I was actually about to e-mail you to see what you thought of it.

Jim, this one rocks! I’m looking forward to its official debut. However, that would mean that I need to finally decide which of your black teas I want to re-order. They’re all so good I can’t make up my mind. Of course, both Cherry Bomb and Good Karma will be in my cart as well.