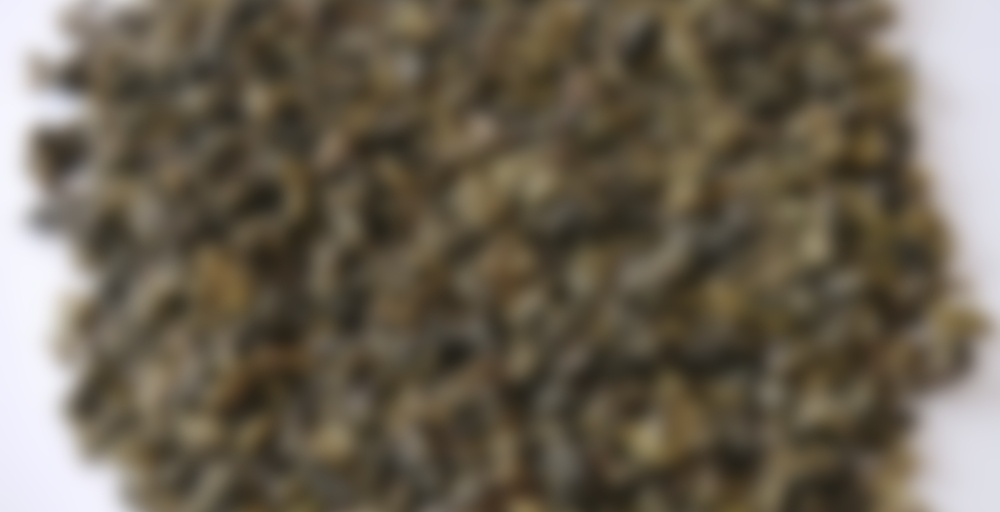 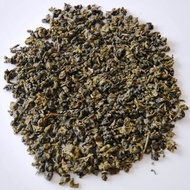 Unique and multi-facetted delicious aromatic mix of fresh green tea and tangy rice flavors, both maintaining an undiminished presence over two to three infusions. The scent of the dry granules as well as the tea liquor, which shows a clear sated yellow to golden brown color, conveys a distinct idea of the taste of this regional delicacy that otherwise might only be found in Burma’s Shan areas.
For the best possible taste result, DMS Chaa Khao Hoom should be infused for about 3 minutes or little less with 70°C – 75° hot water.
In the nomenclature of this tea, DMS means the cultivation region Doi Mae Salong, while ‘Cha Khao Hoom’ is the Thai language phrase for Rice Tea.
The aromadonor herb and the rice are carefully removed from the tea leaves after the flavoring/scenting process, which is done under heat feed of the mix and without the use of any artificial aroma agents. In a final processing step, the remaining, now intensely scented tea leaves are rolled to their characteristic granule form.

This is a very nice “sticky rice” tea, perfectly sweet and tasty but the aroma is most wonderful, I always have liked the scent of rice teas this one makes the whole kitchen smell good. Lance don’t like the smell he calls in “stinky rice” tea lol

I love sticky rice tea all sweet and good. I’ve made it iced and love that too.

Showing my lack of world travels here, but someone please tell me what sticky rice is. I see this mentioned often and I have no reference point to compare.

Just pouring in the water created a beautiful rice aroma that was strong enough to fill my kitchen and living room. Wow, it’s making me salivate!

Once steeped a yellow tea liquid is produced with the aforementioned rice aroma. If someone were to blindfold me and ask me to guess what it was by scent I would say it was a bowl of rice. There is also the same sweetness and toasted notes from it’s raw form.

The first few sips are interesting…I can detect a toasted grass, milky, floral Oolong but by it’s side is a sweet yet thickly moreish rice flavour. The after taste is a lingering thick (almost stodgy) rice note that has coated the whole of my tongue. A few more sips and it has an added sour note though honestly it’s not for long. I have noticed a slight dryness however which becomes noticeable in the after taste which frankly feels even more like I’m eating rice.

Ok so as rice heavy as this tastes it still does not take much away from the Jin Xuan base which manages to hold it’s own. This I am pleased with, if you’re going to drink Jin Xuan then you should really be tasting it.

Half a cup in and the dryness has increased again to a point that I have a cotton dry tongue. Not pleasant but the lingering after taste is making up for it. It’s still consistent though in strength and flavour from those first few sips.

For a longer review and more information please view the blog: http://sororiteasisters.com/2016/05/17/premium-cha-khao-hom-thai-rice-tea-siam-tee/