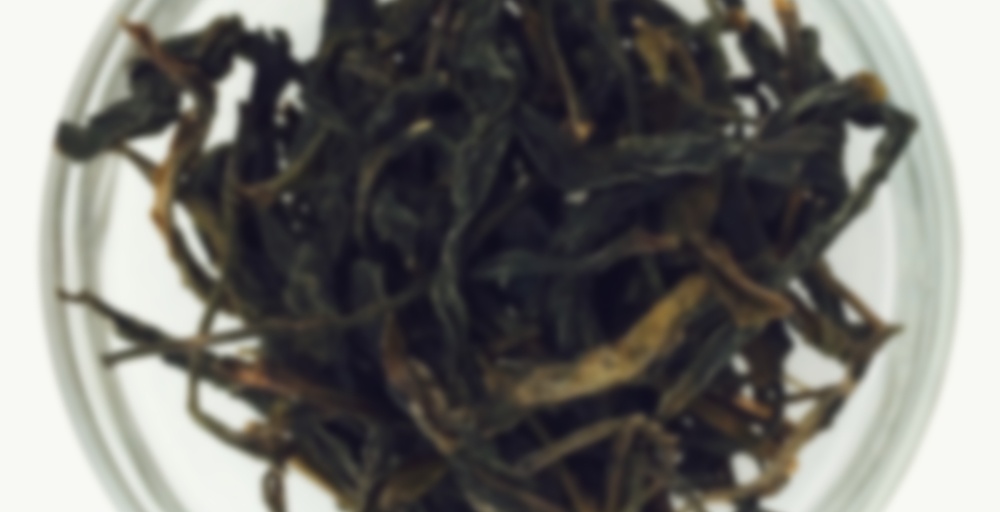 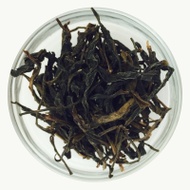 by Silk Road Teas
78
You

Wonderful long leaves tinged with a purple color yield a highly aromatic Pu-erh that offers a surprisingly sweet, natural grassy note at the front end and a lingering, sweet-flavor finish. Tea is wild tree harvested, then sun-dried. The leaves are very strong and will yield multiple steeps. Steeped briefly, the taste is disarmingly sweet, natural and clean. Steep longer, the intensity of the flavor rises and hints of future maltiness come forth. These leaves will age and should do well if stored properly. This tea grew at an elevation of between 2100 and 2400 meters, thus creating the clear taste notes described herein. The tea trees that sourced this lot range in age up to 100 years and are deeply rooted into the soils creating this delicious tea. Produced in 2012.

I got this tea from TheLastDodo’s stash sale a while back . I’ve never been much of a sheng person (I wonder what would have happened to me if I had tried pu-erh before shu was invented? lol) but I was enticed by the color and the aroma. Also by the fact that the reason I’d wanted samples of sheng in the first place was so that I could try them out often enough to accustom my palate to their unique notes and decide which of the notes I like and which I can do without.

So anyway, it’s from 2012 I think, but I’m not sure if that makes it a youngish sheng or a middle-aged sheng. (Hopefully it’s old enough not to disagree with my stomach even though I haven’t had anything to eat today.) I just used about half of my sample instead of measuring the leaves because I couldn’t find any guidelines on steeping this anywhere on the internet, so I just used boiling water and steeped it for about a minute to begin with. (I wonder if I should have rinsed it first? Or is that just shu?)

It’s a medium amber color, which I think is darker than other shengs I’ve tried, although I’m not positive because I don’t have a photographic memory. Anyway, it looks nice. And it smells tantalizing. When sipped, it has that unique tang that only sheng provides, as well as a minor-to-moderate astringency and some rather robust savory undertones. The overall effect is pleasant, although it tastes nothing like any of the teas I normally drink so my taste buds are a little wary of it.

Overall, I surmise that this is a good sheng, despite my lack of authority in the matter, lol. If I have significant updates after the second and third steeps I shall be sure to add them then.

Beorhthraefn included a sample of this in the Secret Pumpkin package. Thank you! Brewed in an infuser mug. Steeping times 1 minute, 2, 4, 8.

Steeping this Western style doesn’t yield anything complex, unfortunately. Full body, clear liquor. Sweet and vegetal. In the aromas and liquor, I discerned notes of sauteed dark green vegetables with red onion. This was a new experience, purple maocha. I wasn’t really taken with it, but at the bare minimum it is drinkable. Also, I do love eating kale with red onion or broccoli rabe.

So, I guess I need to figure out how to store this. This was a generous split on the Silk Road group order provided to the entire group by Liquid Proust.

I sat down tonight to try it out. I did rinse it, though I’m not sure it needed it. It has an initial scent with some smoke in it, which made me a bit nervous. But there is no smoke in the taste, whew. TBH, if I didn’t read on the site that this was a pu-erh, I’d have thought it was a green or a yellow. At 15 seconds, there is a sweet grassiness to it, clean and light. At 30 seconds, this is just more intensely grassy to me, turning to a mildly steamed grass with a bit of bitterness at the end of the sip. Others with more experience may be able to pick out more flavors. Guess I’ll put this one up and revisit it much later since it is a pu that I don’t mind so far. :)

I like how dark it looks for being a sheng :)